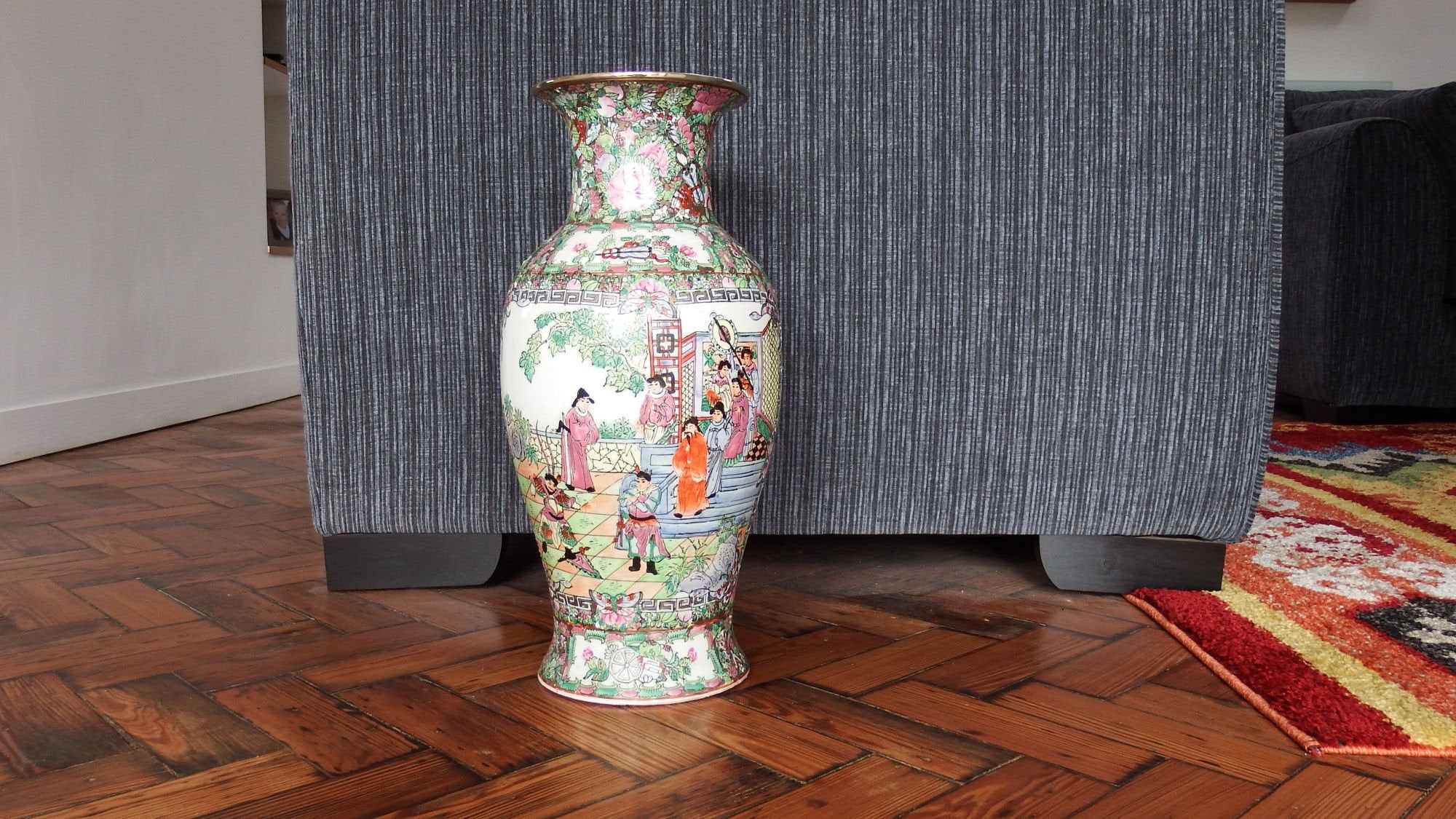 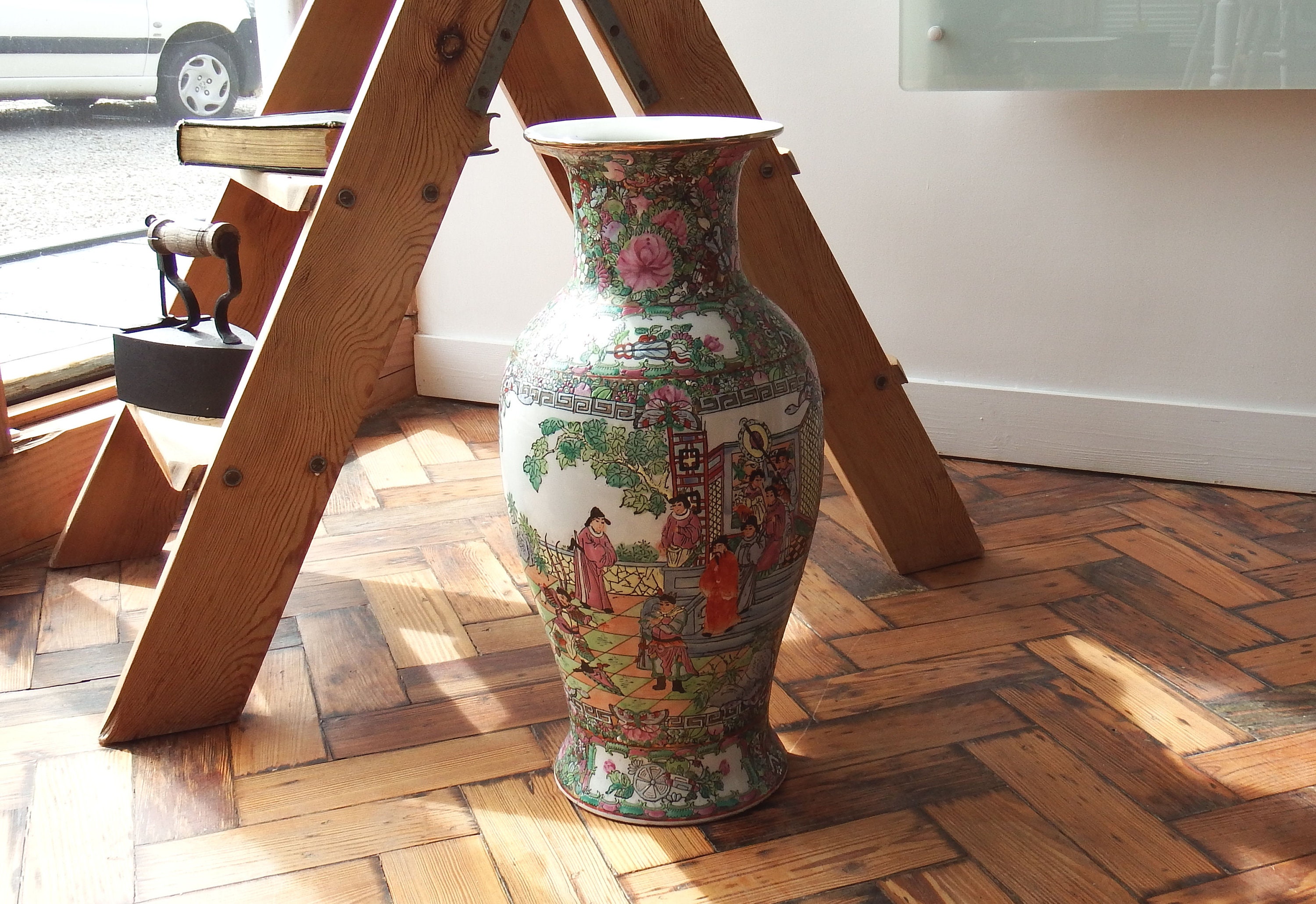 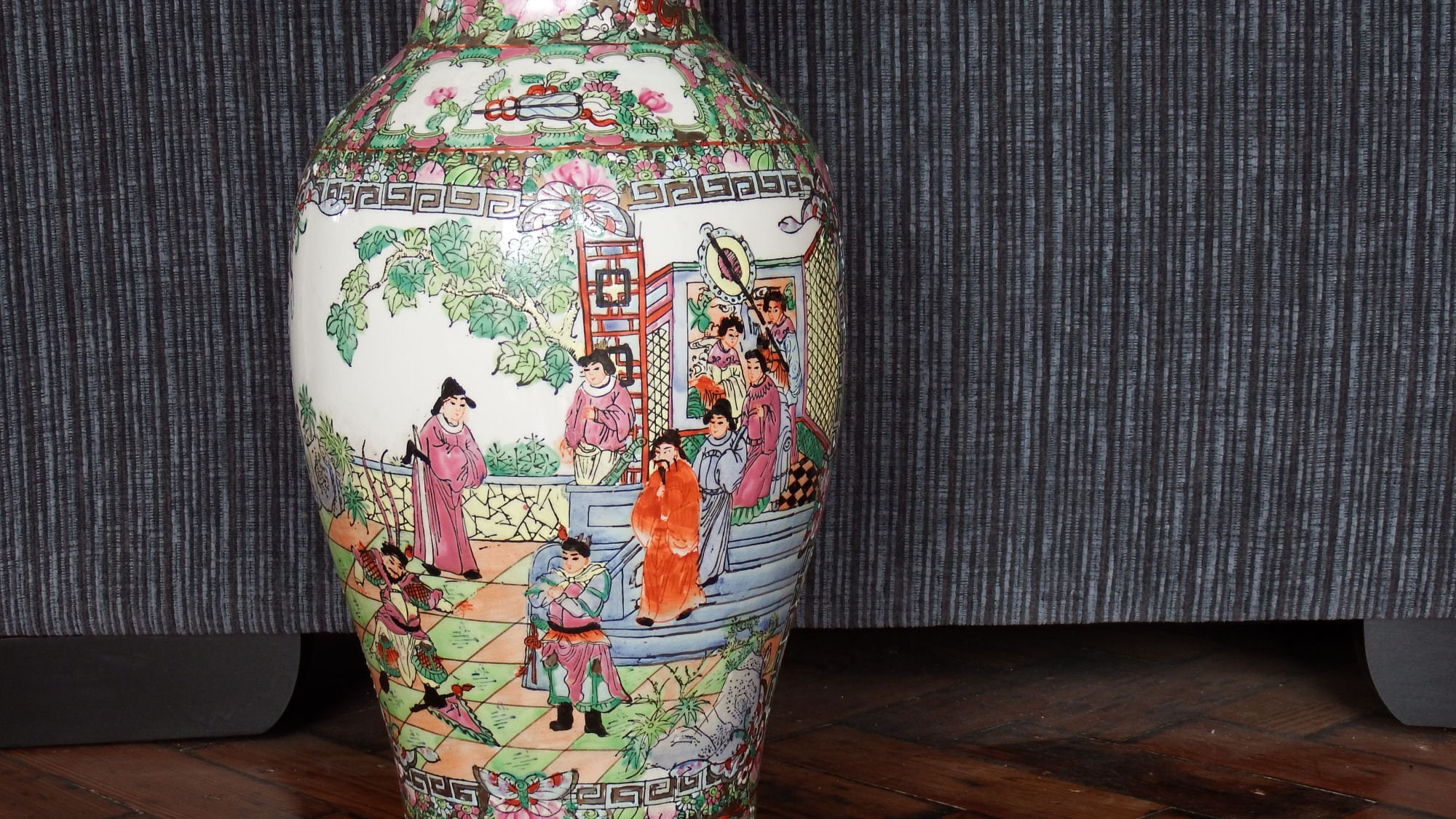 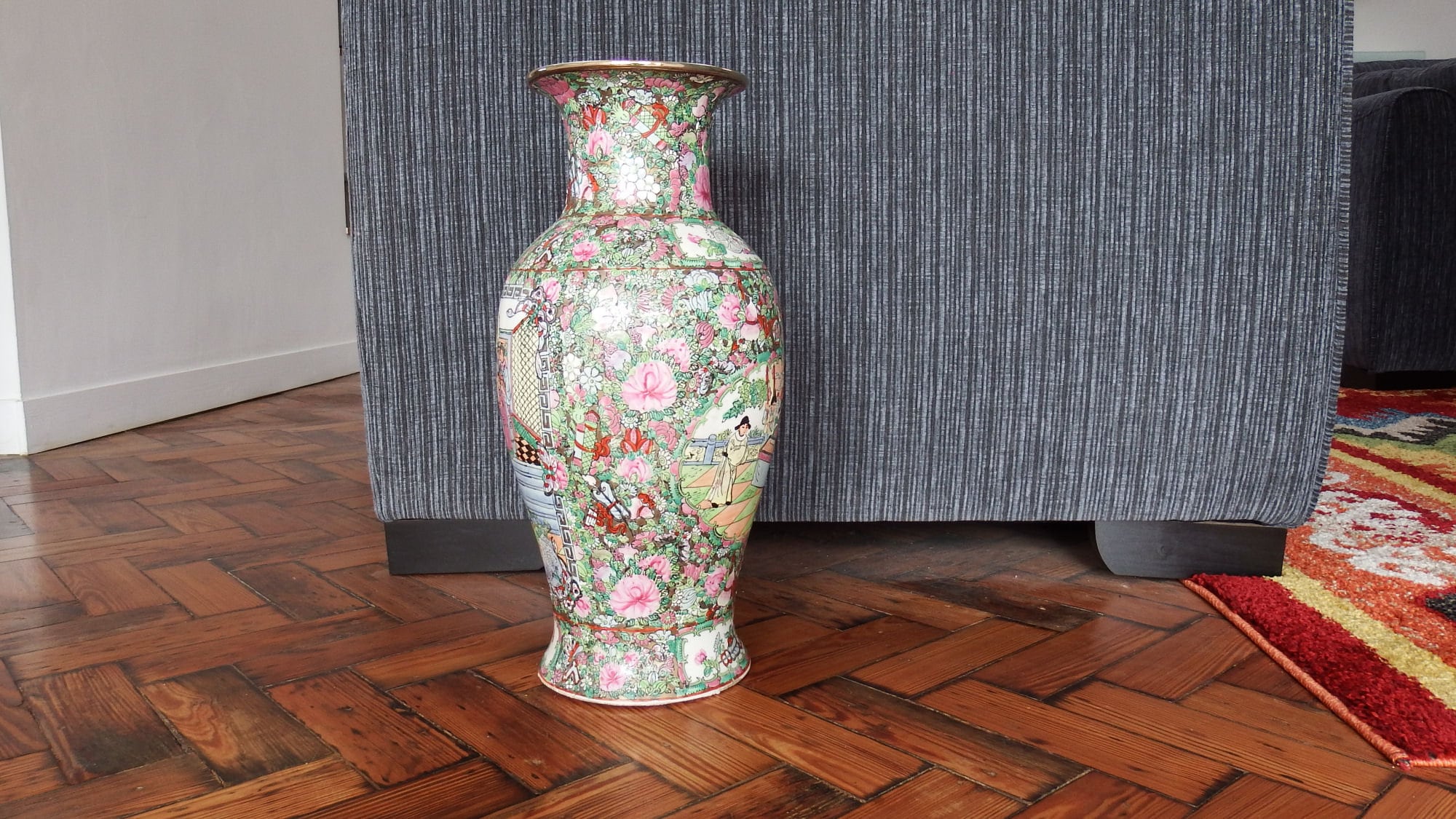 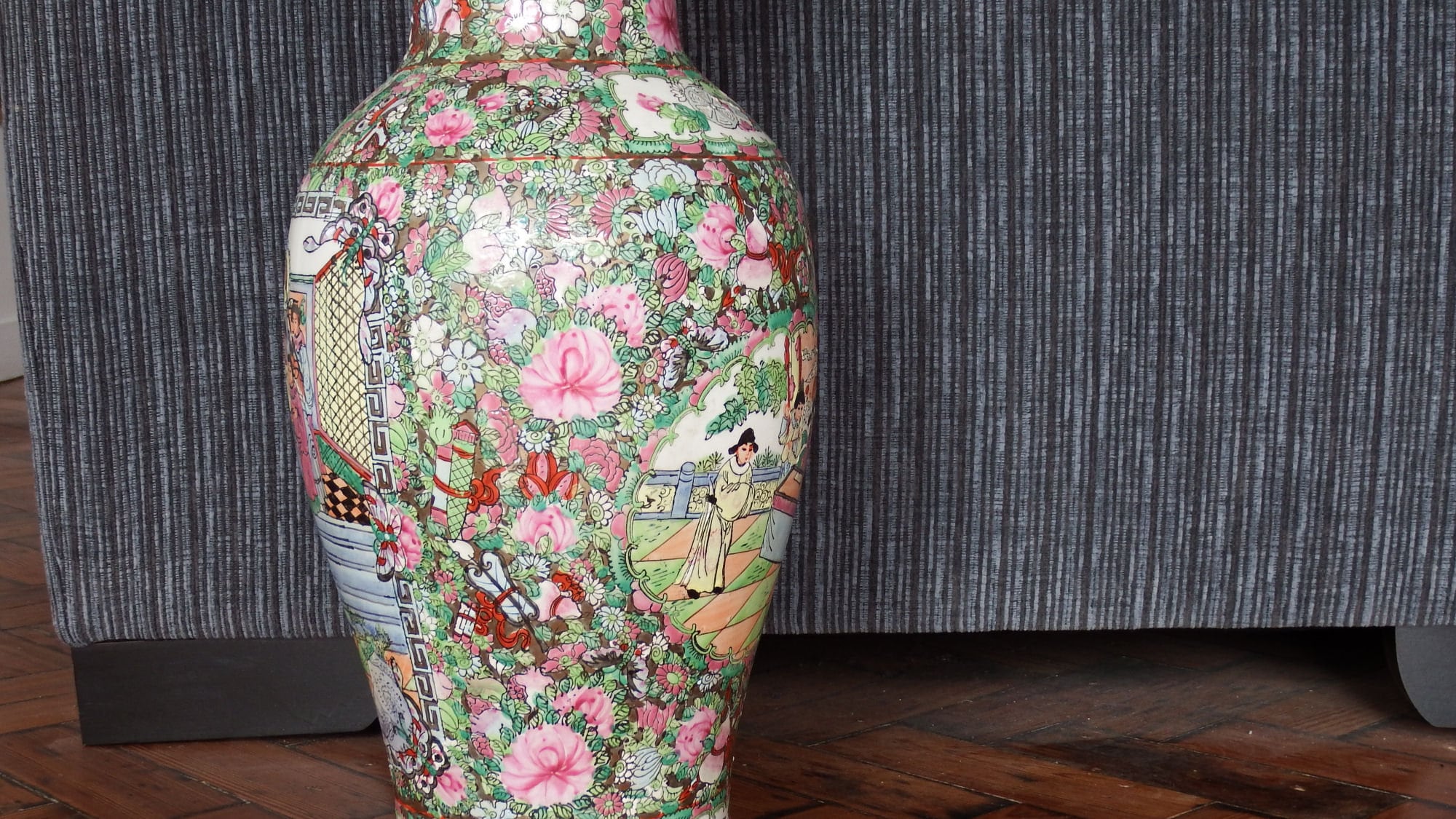 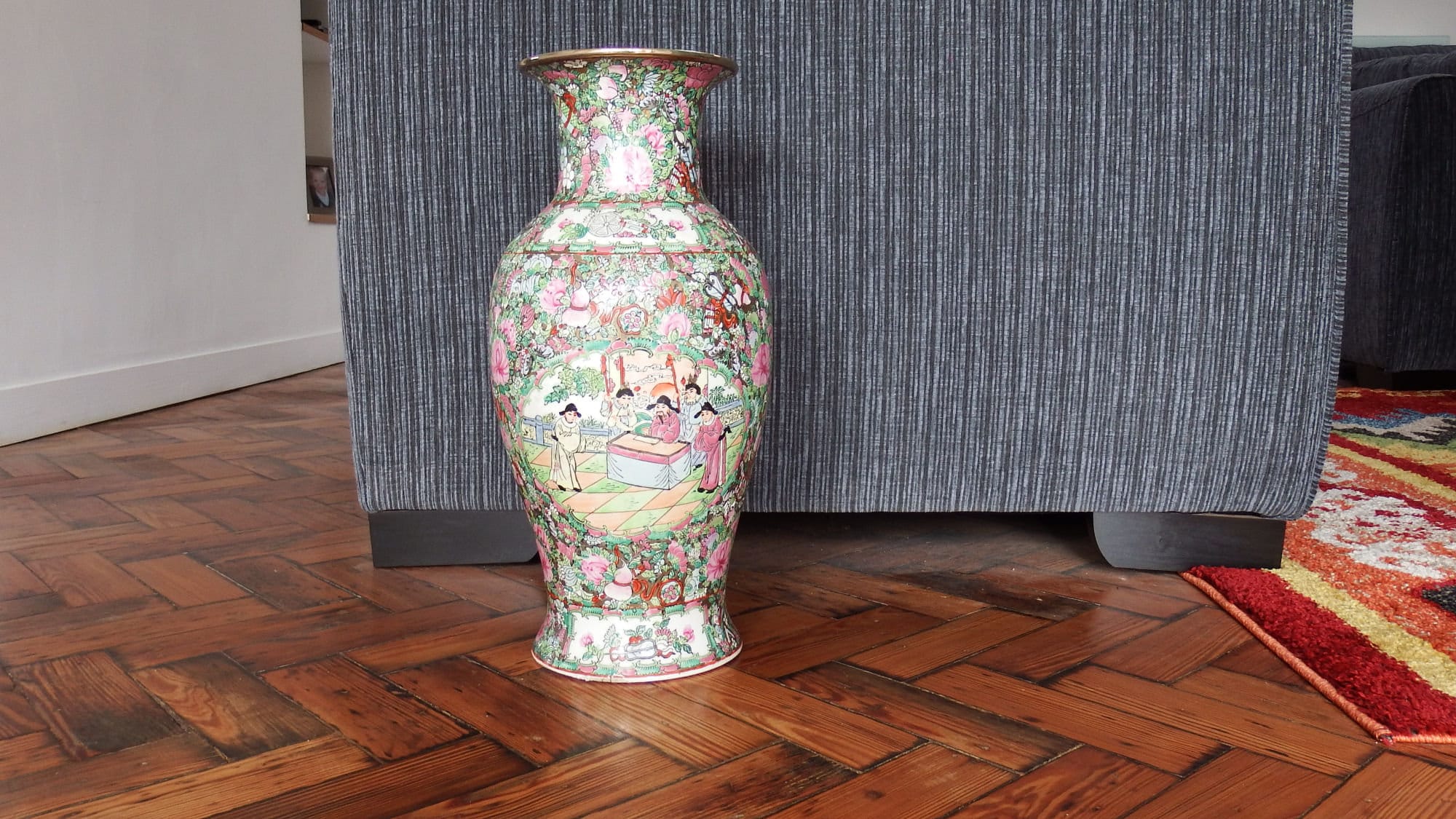 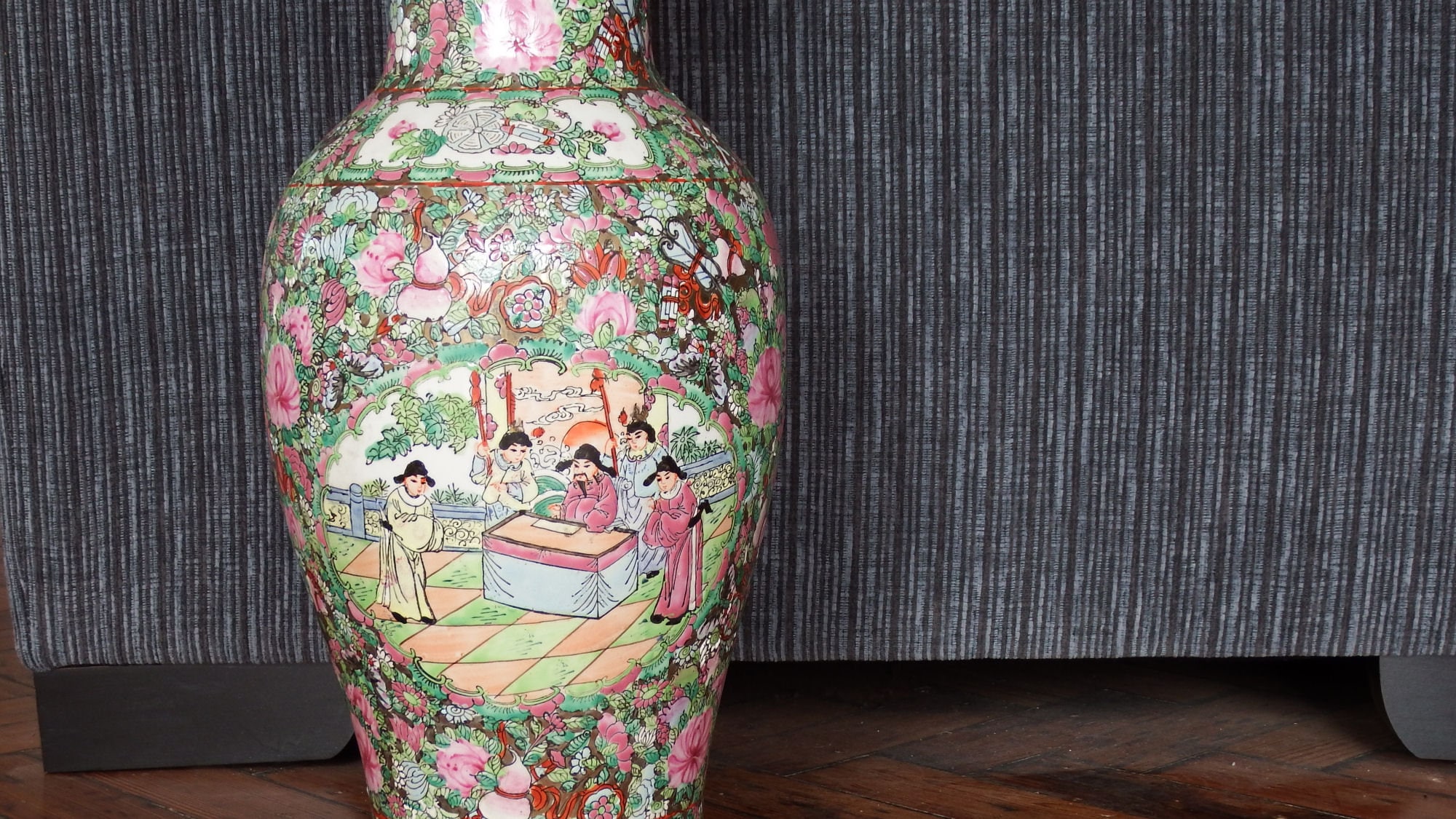 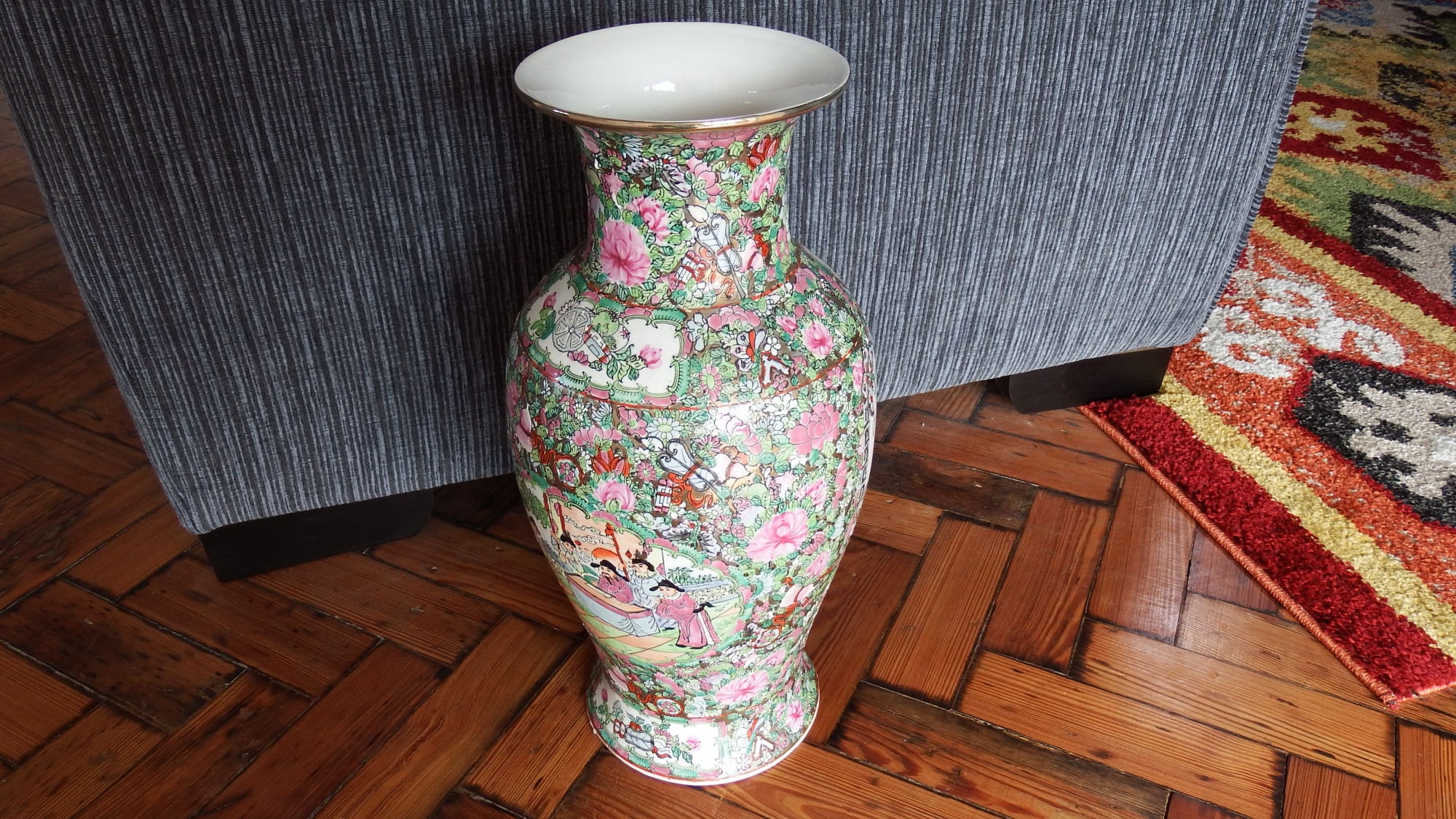 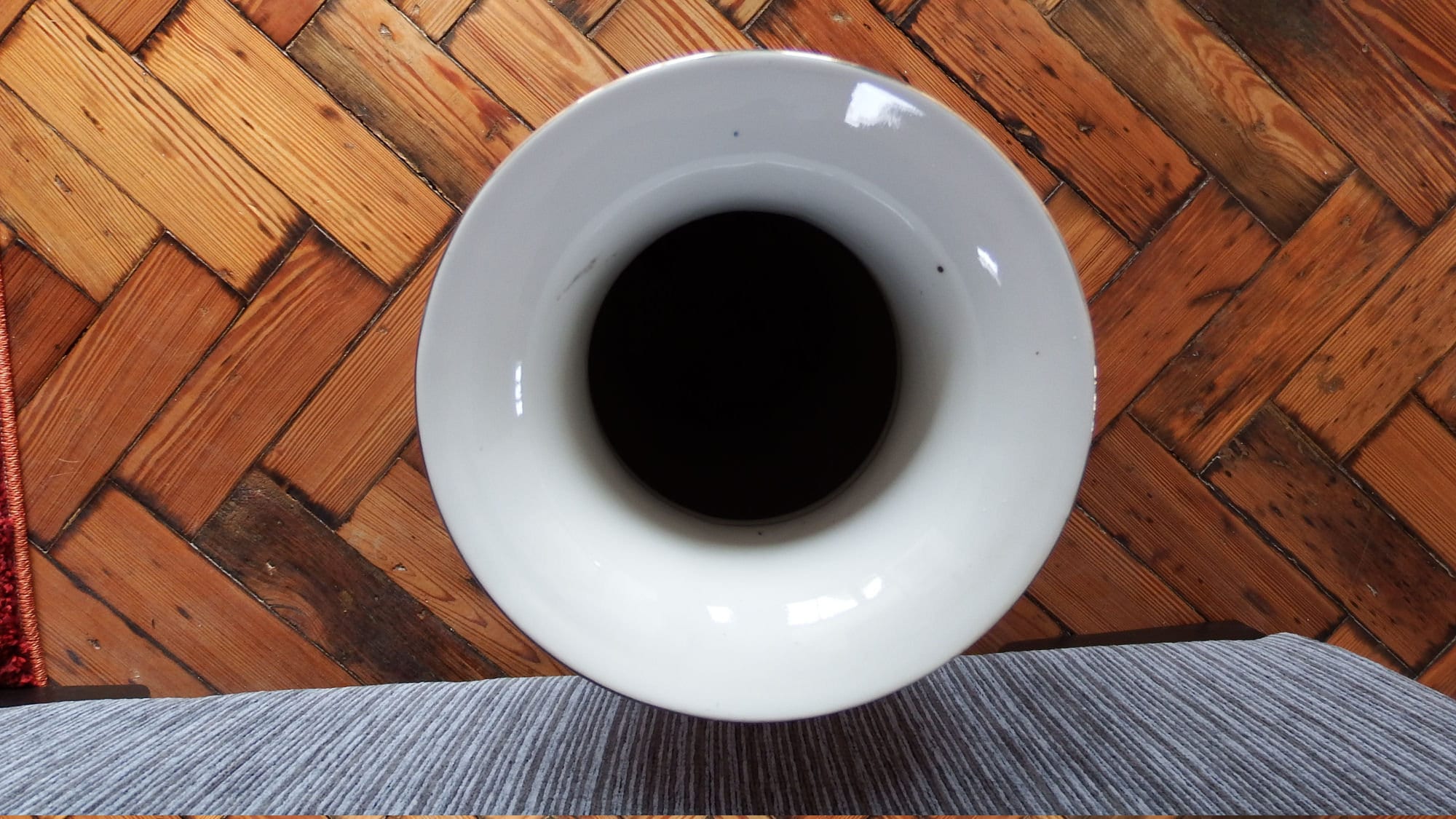 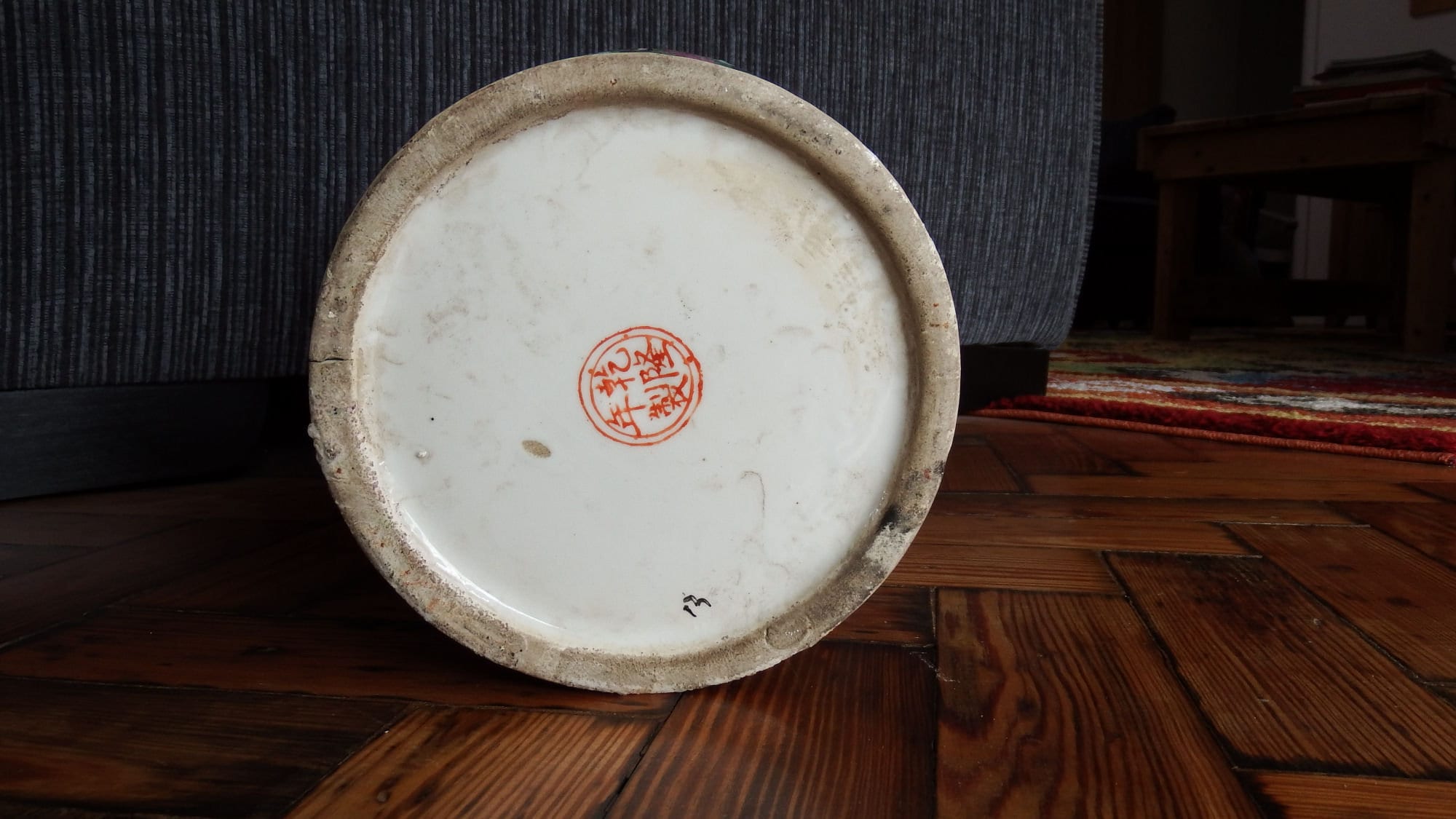 This is a very impressive large vase. The central panel features a coutyard scene with several figures. The base has a six-character iron red mark set in a double circle. Late 19th century.

I am selling a matching large charger separately which was originally part of the same suite as this vase as the decoration is identical. The charger has a six-character iron red “Great Qing Qianlong Year Made” mark set in a double circle, slightly different to the maek on this vase.

Very good overall condition with no chips or cracks, the gilding is slightly tarnished.

This is a very large and heavy item, hence the high international shipping charge.

Rose Mandarin is a more formalized pattern that depicts Chinese figures in domestic and courtly scenes and pursuing leisure activities. The figural panels are often surrounded by a fanciful border of scrolling foliage, floral, and fauna. This pattern is the earliest of the rose Canton export designs and examples exist from the 18th century.
Shipping Costs Policies