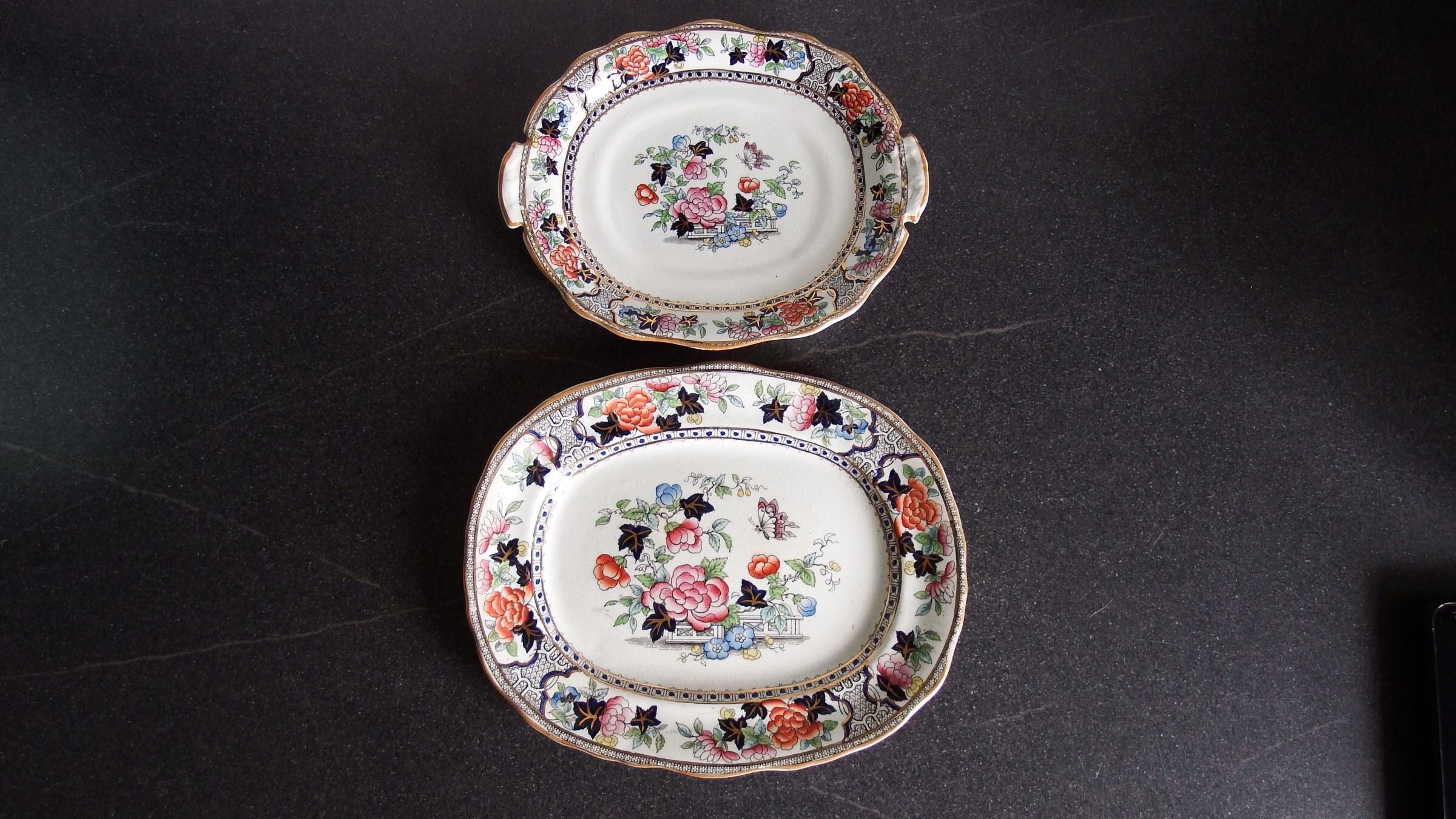 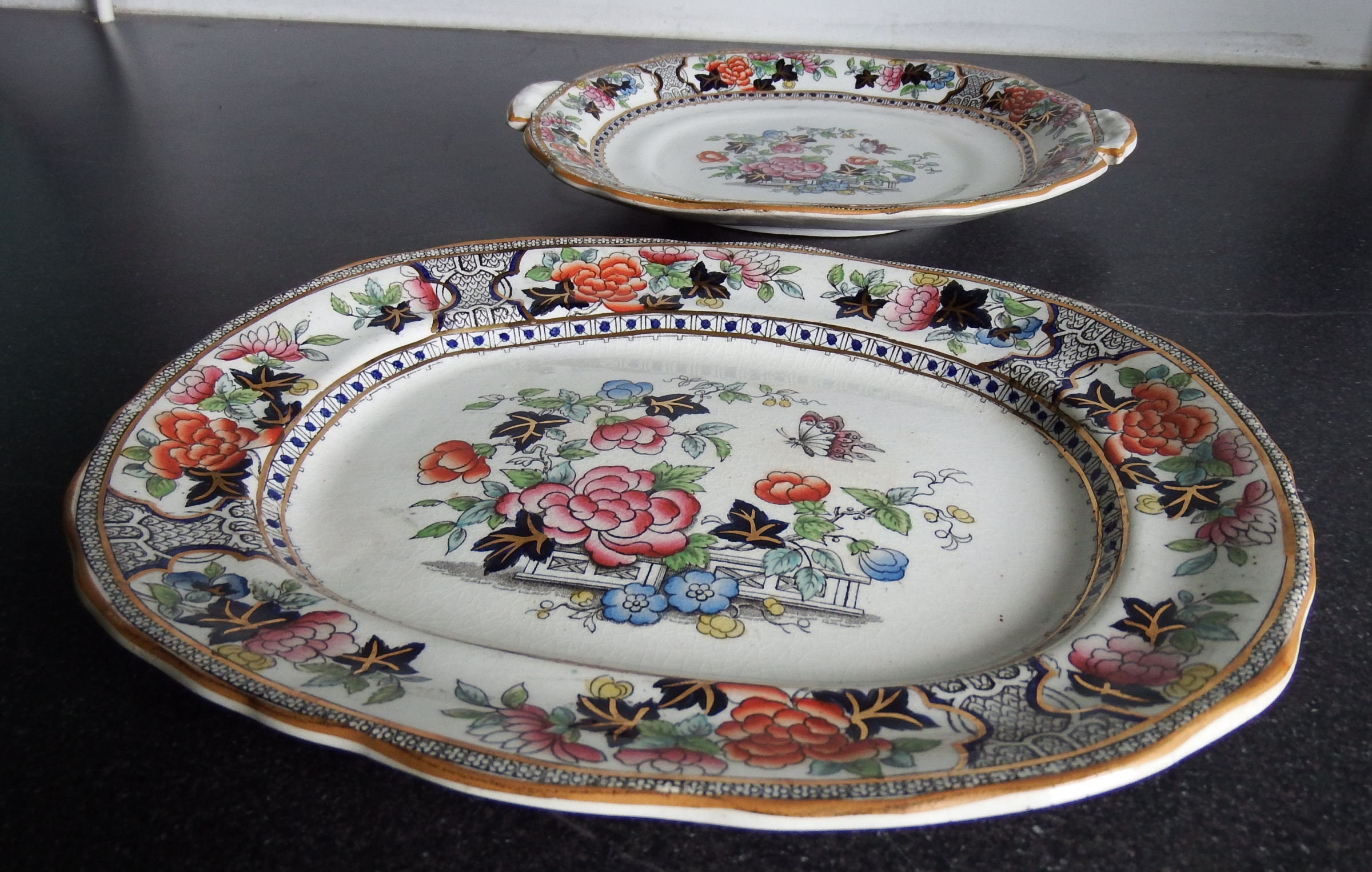 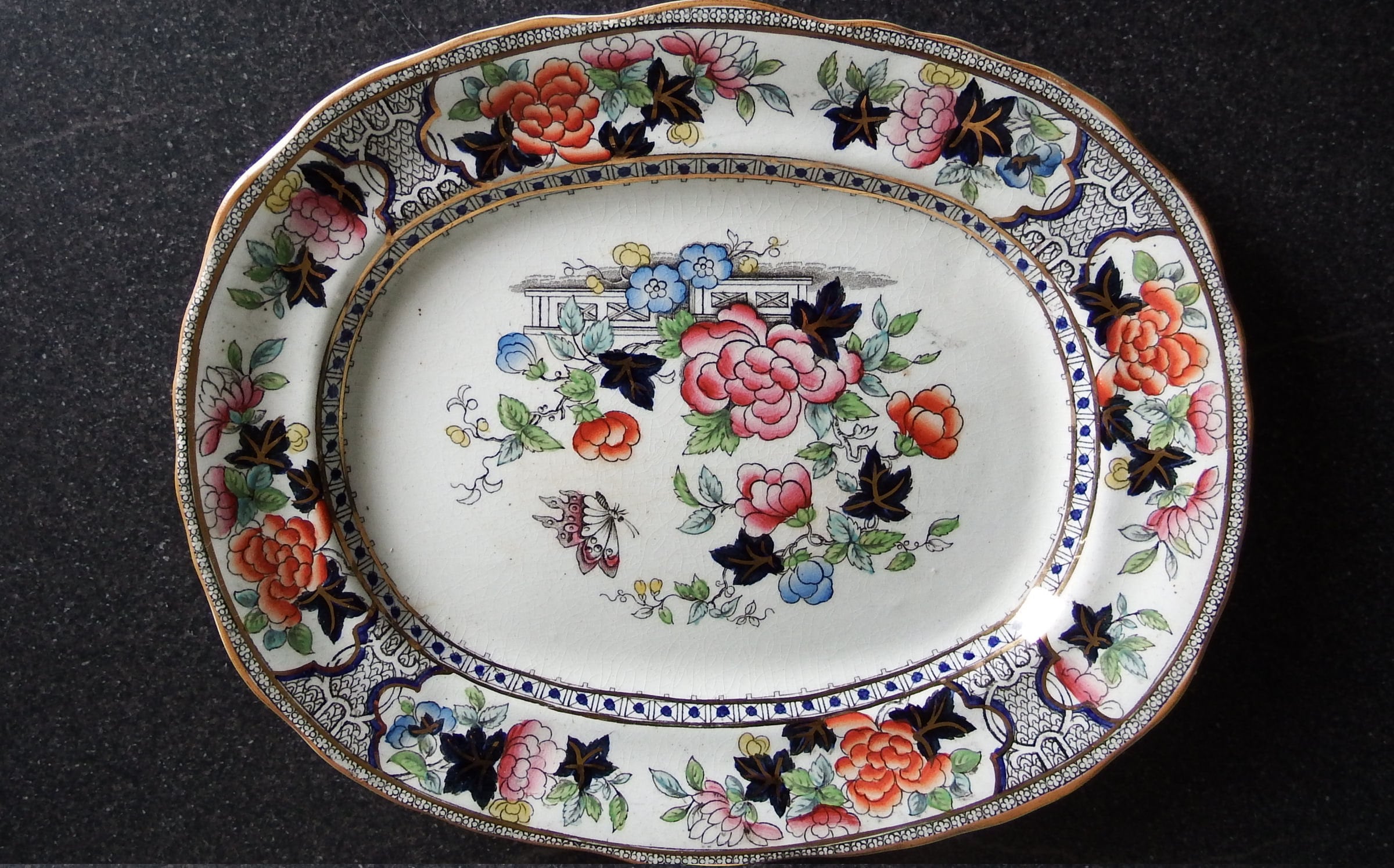 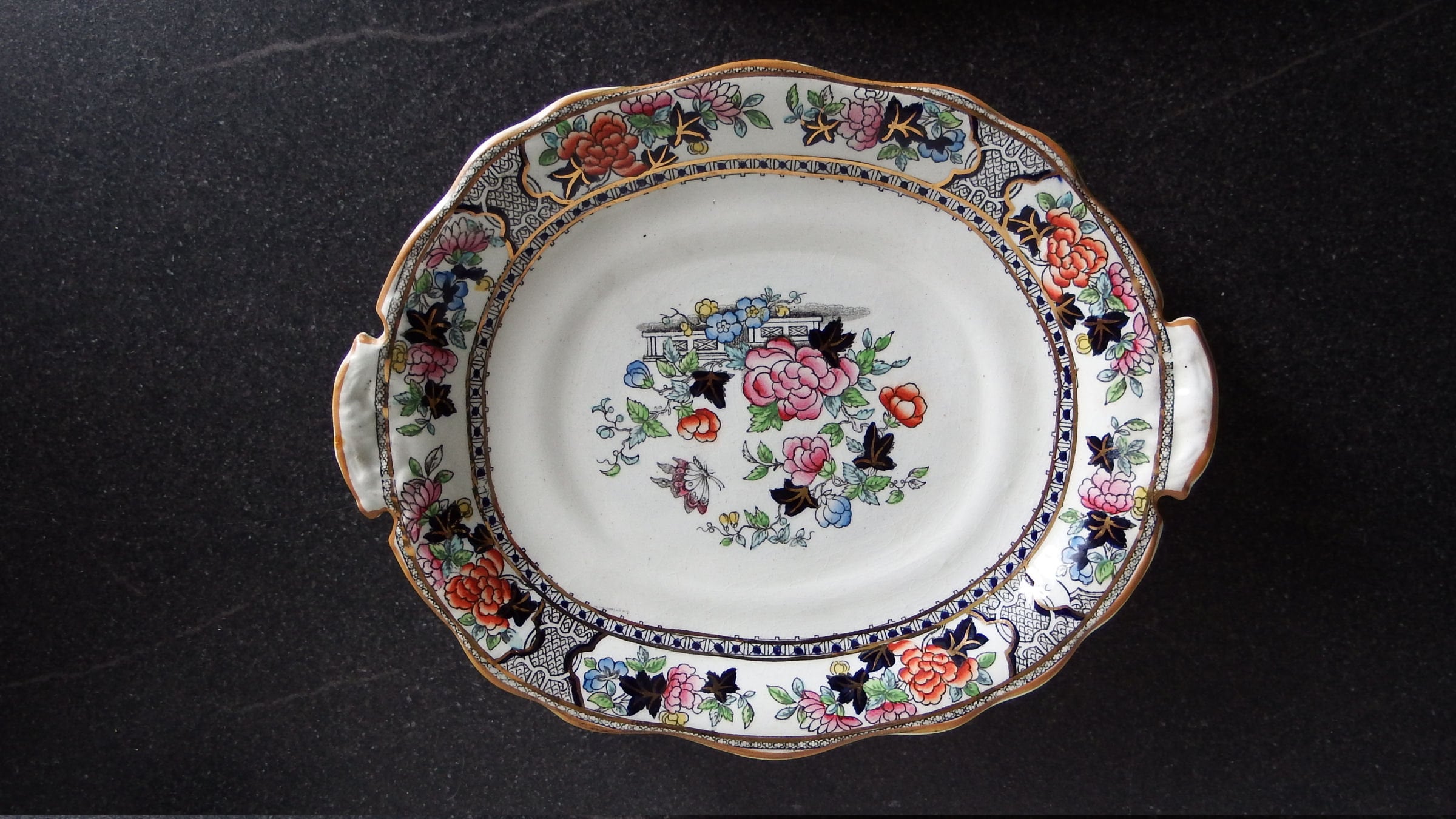 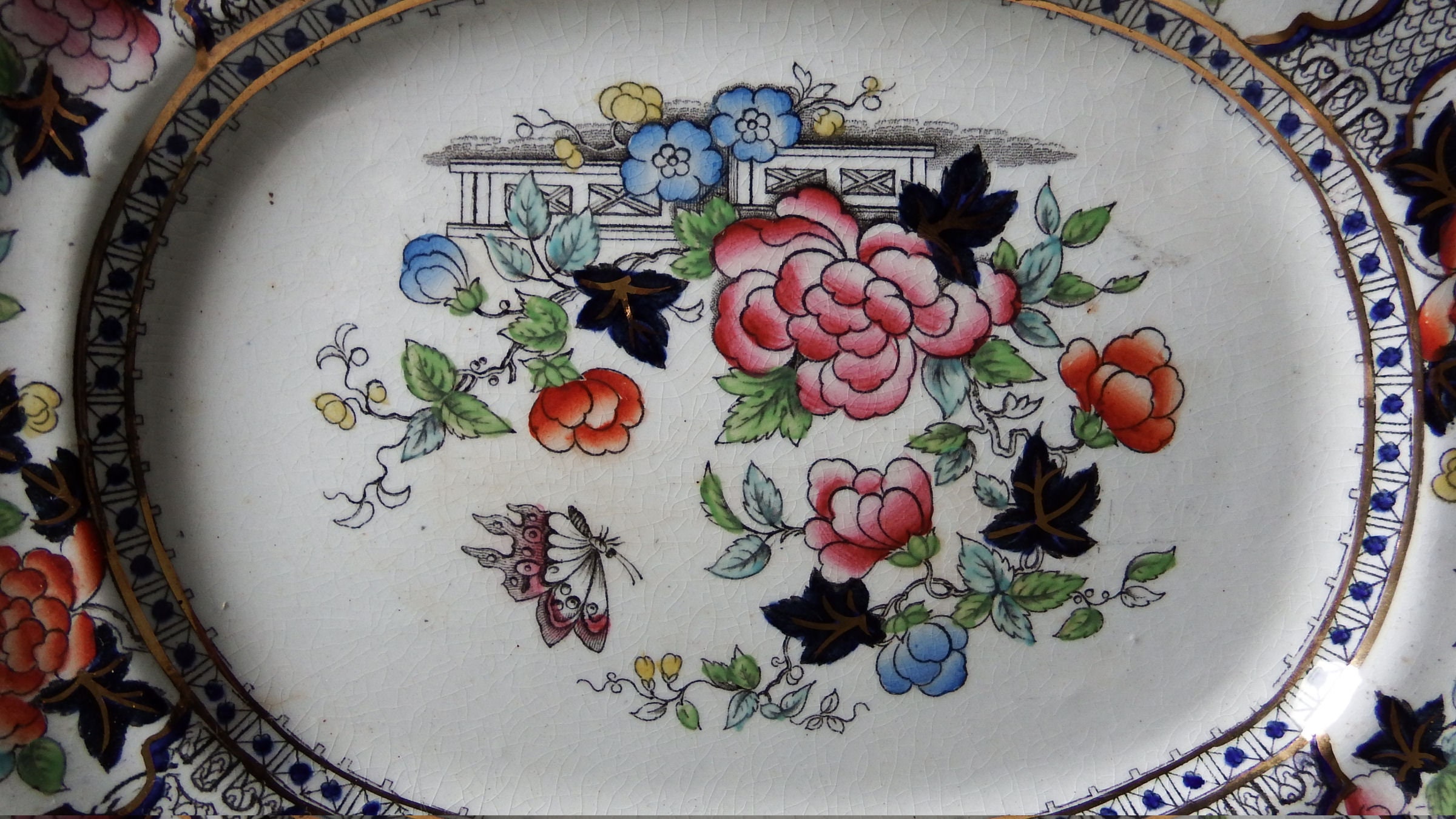 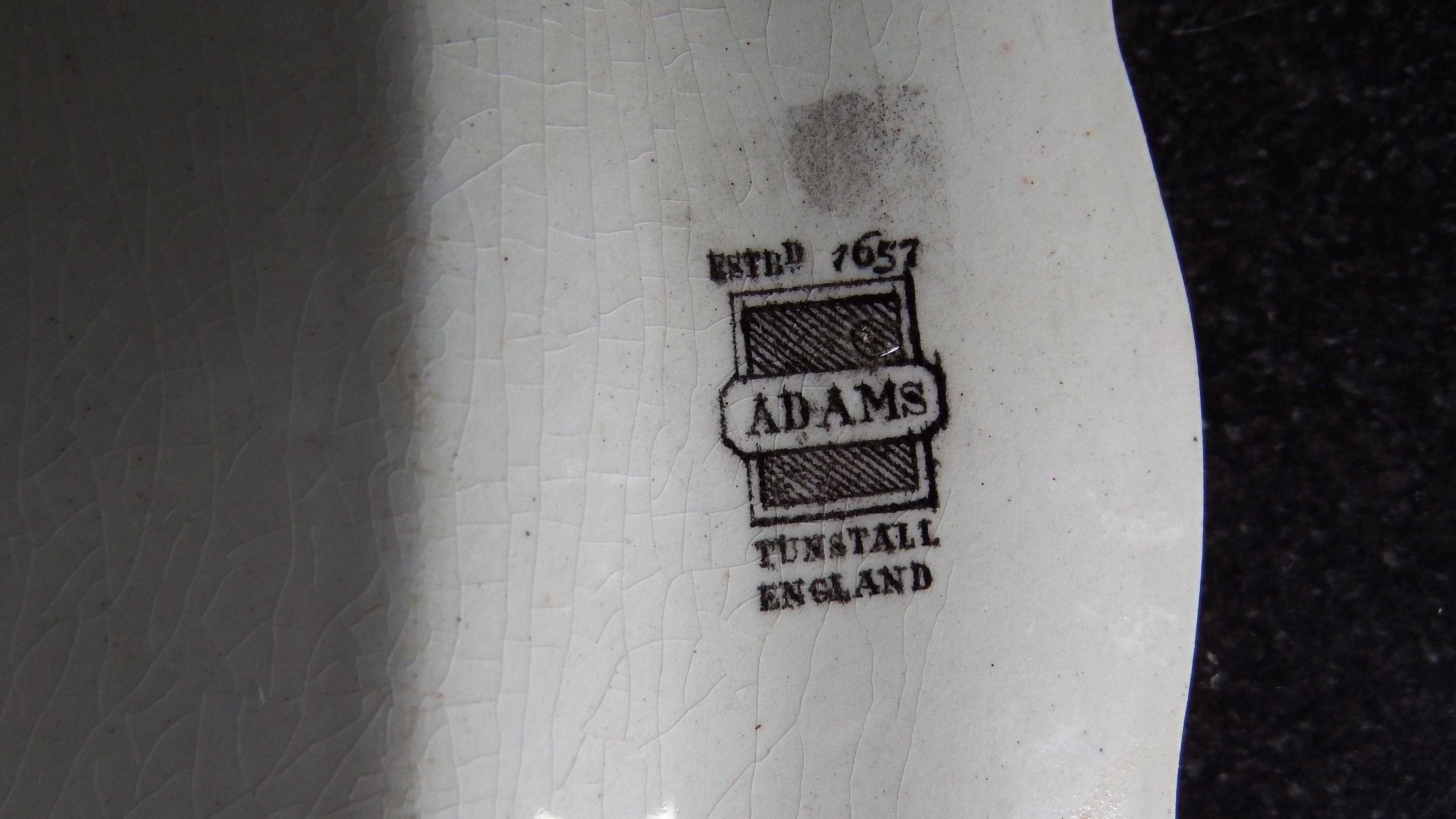 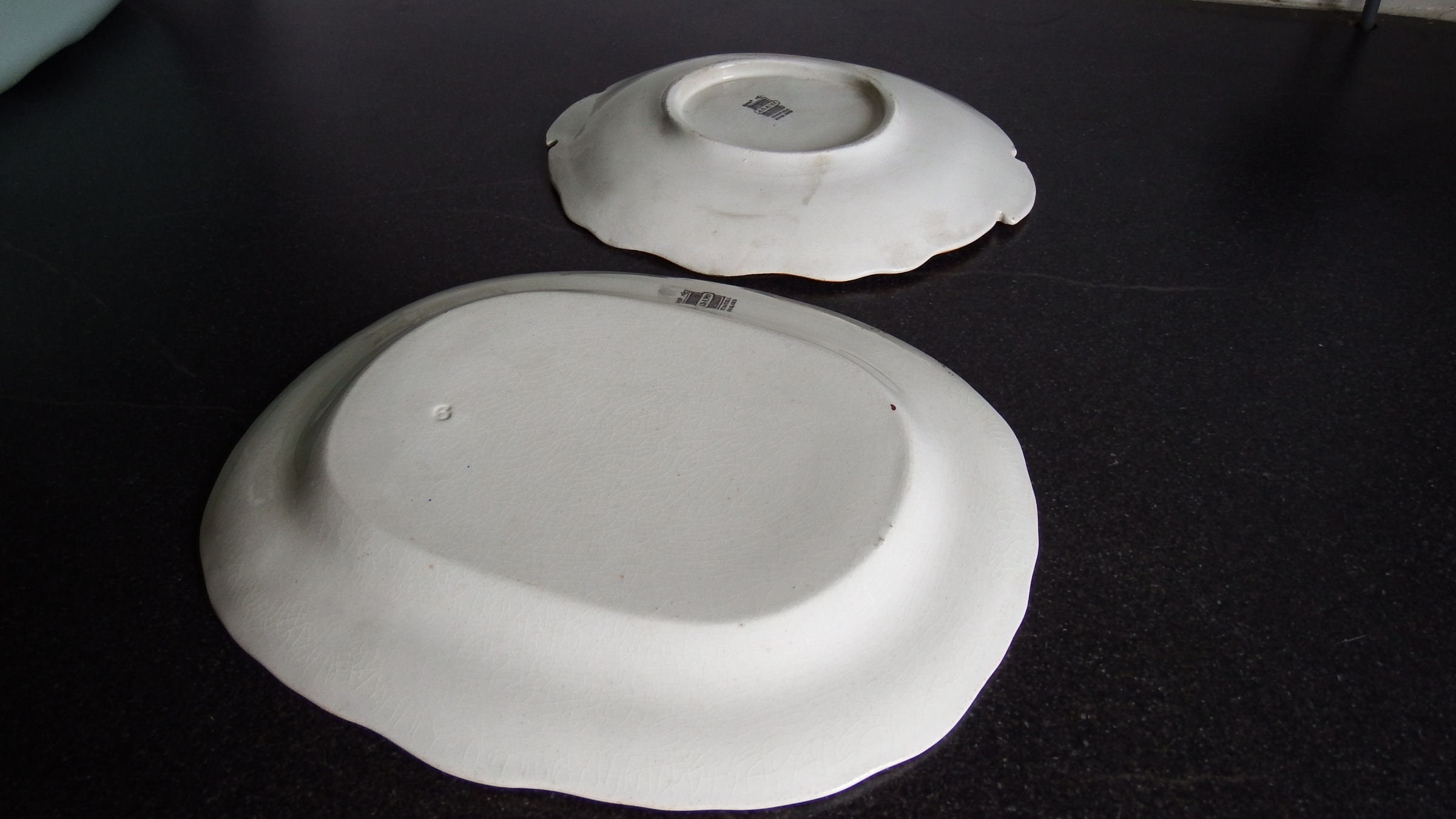 The pattern of these pieces is ADA199 and is rare.

The Adams family had potteries in Staffordshire as early as 1650. At that date two brothers, William and Thomas had separate ventures in Burslem.

Such family activity continued for many years. William Adams and Company, with large potteries in Tunstall was managed by members who were the 11th and 12th generations in direct descent from the original 17th century Adams of Burslem.