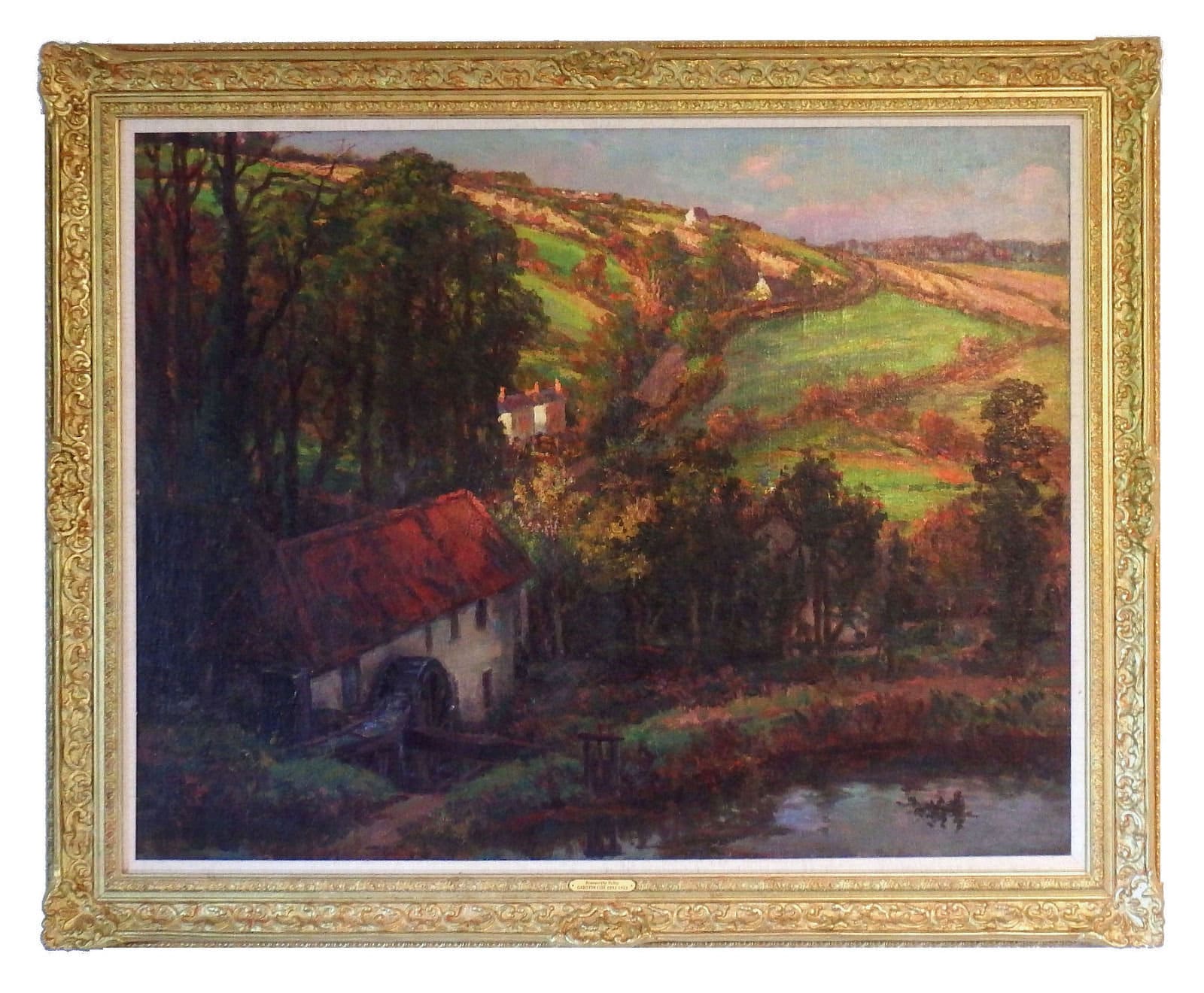 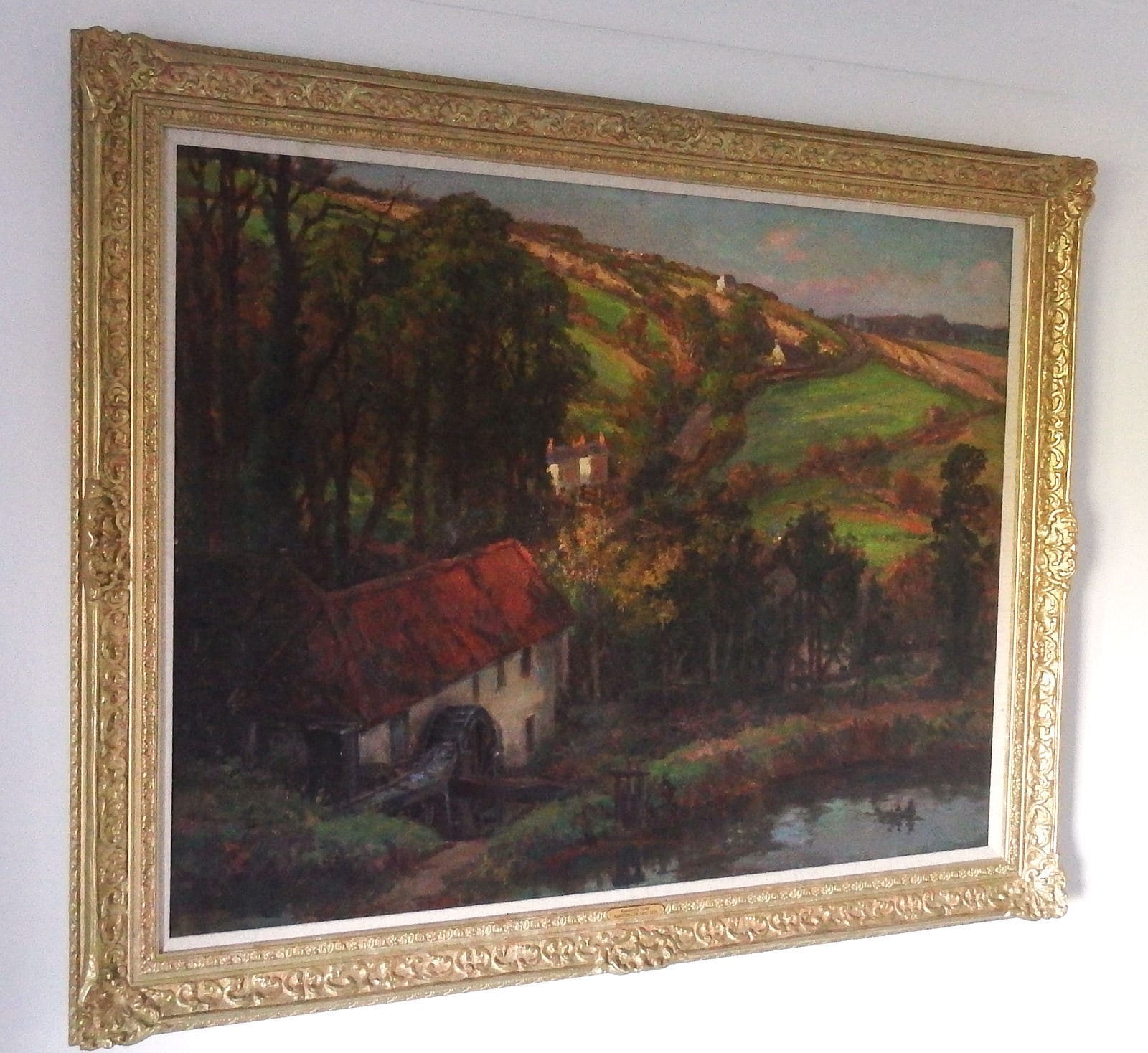 A super, large oil painting of Roseworthy Valley, near Camborne, Cornwall. The building in the foreground is the famous Roseworthy Hammer Mill. Many articles of various kinds were made at Roseworthy, including castings , iron chimneys for mines , “box-irons” for the housewife’s ironing , shovels and other articles . All were hand made but power where necessary was obtained from water wheels and later , steam . Chief and most picturesque feature of the Roseworthy hammer mills , as the works were always known , were the great hammers , each of the heads weighing 3cwt and the forged hafts of the hammers turning the scale at half a ton each . Visitors came to see the work in operation and often stood enthralled by the crash of water as the power was turned onto the great wheels , the slow rise of the hammer as it began it’s work and the shuddering crash with which it smote at the iron plate and red hot ingots which it shaped with the cunning of the human hand.

The son of the amateur artist William COCK, Garstin Cox began his studies at Camborne Art School, then briefly studied with Stanhope Forbes and in St Ives with John Noble Barlow. It was while he was touring with Barlow in 1910, that his father, was able to secure a studio in St Ives on St Andrews Street, for them both to employ on painting trips to the town from their home in Camborne. They called it the Beach Studio, and added to it the following year by taking a lease on the 'Ocean Wave Studio' next door at No. 6. His first painting at the RA was The Coming of Spring in 1912 (at the early age of 19), and he also exhibited at the Royal West of England Academy and Guildhall, London. Later he worked from the Atlantic Studio, the Lizard (1930). Golden Autumn (1914), an oil on canvas, is part of the fine art collection of the RCM, Truro. He died of bronchial pnuemonia and influenza in the 1933 epidemic.