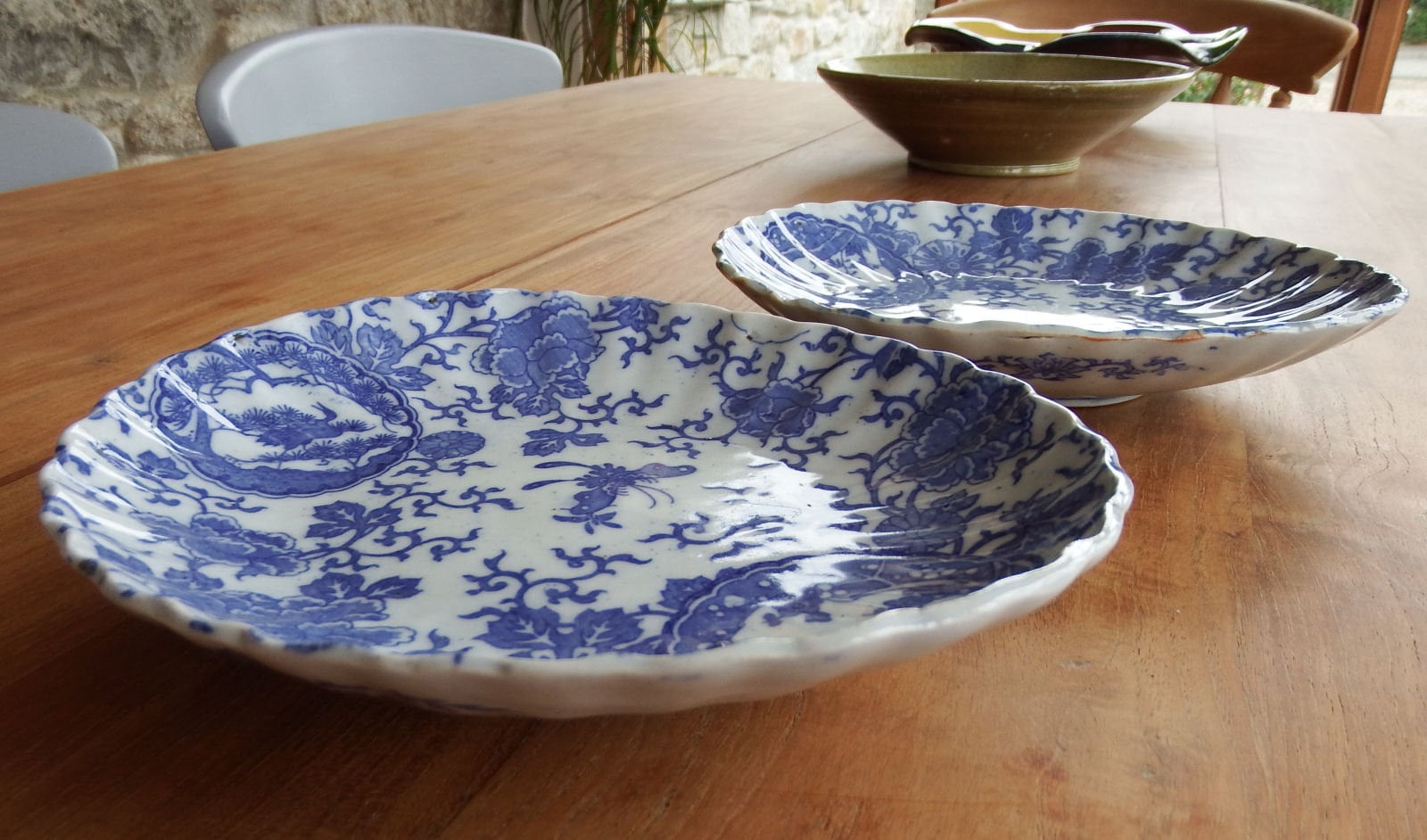 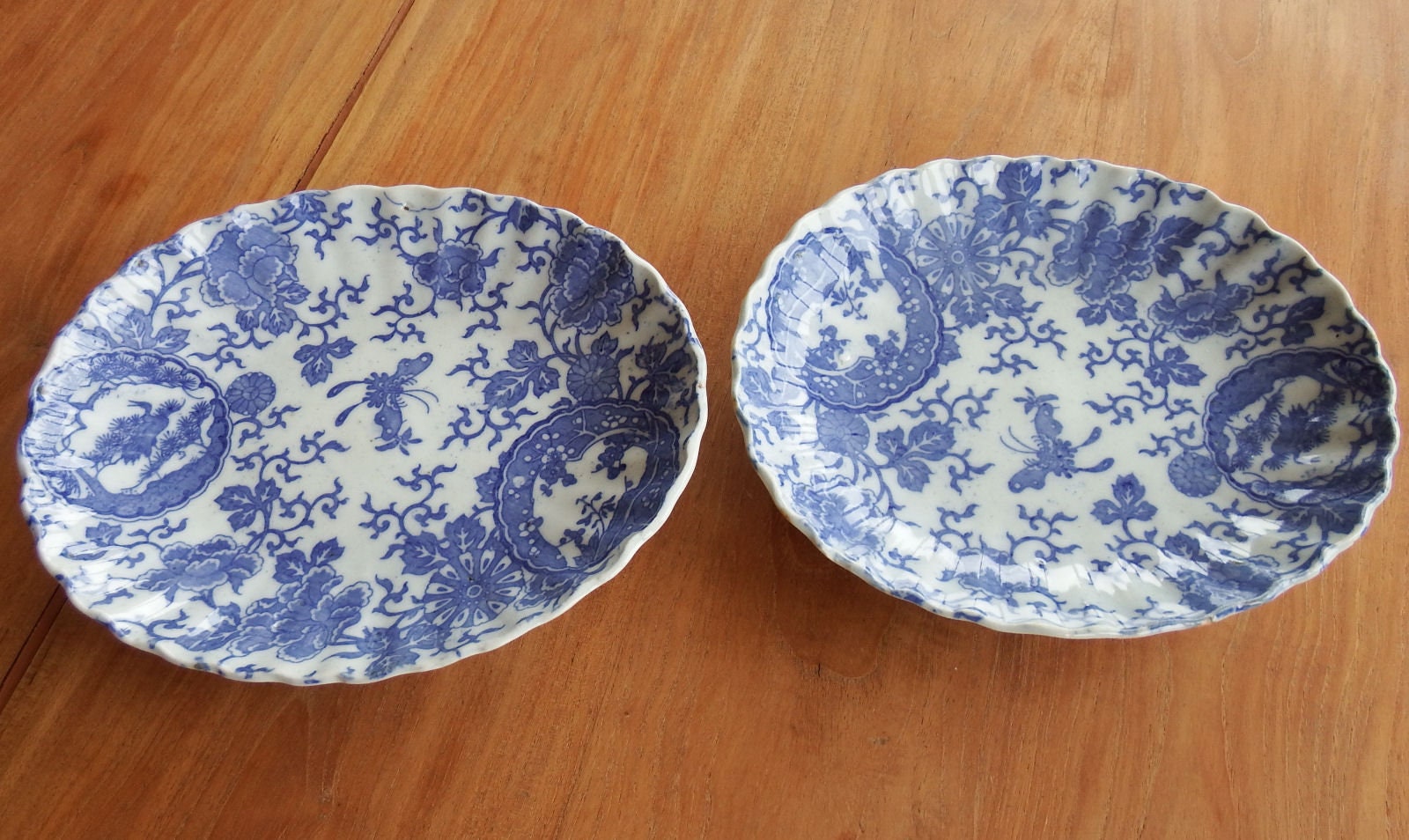 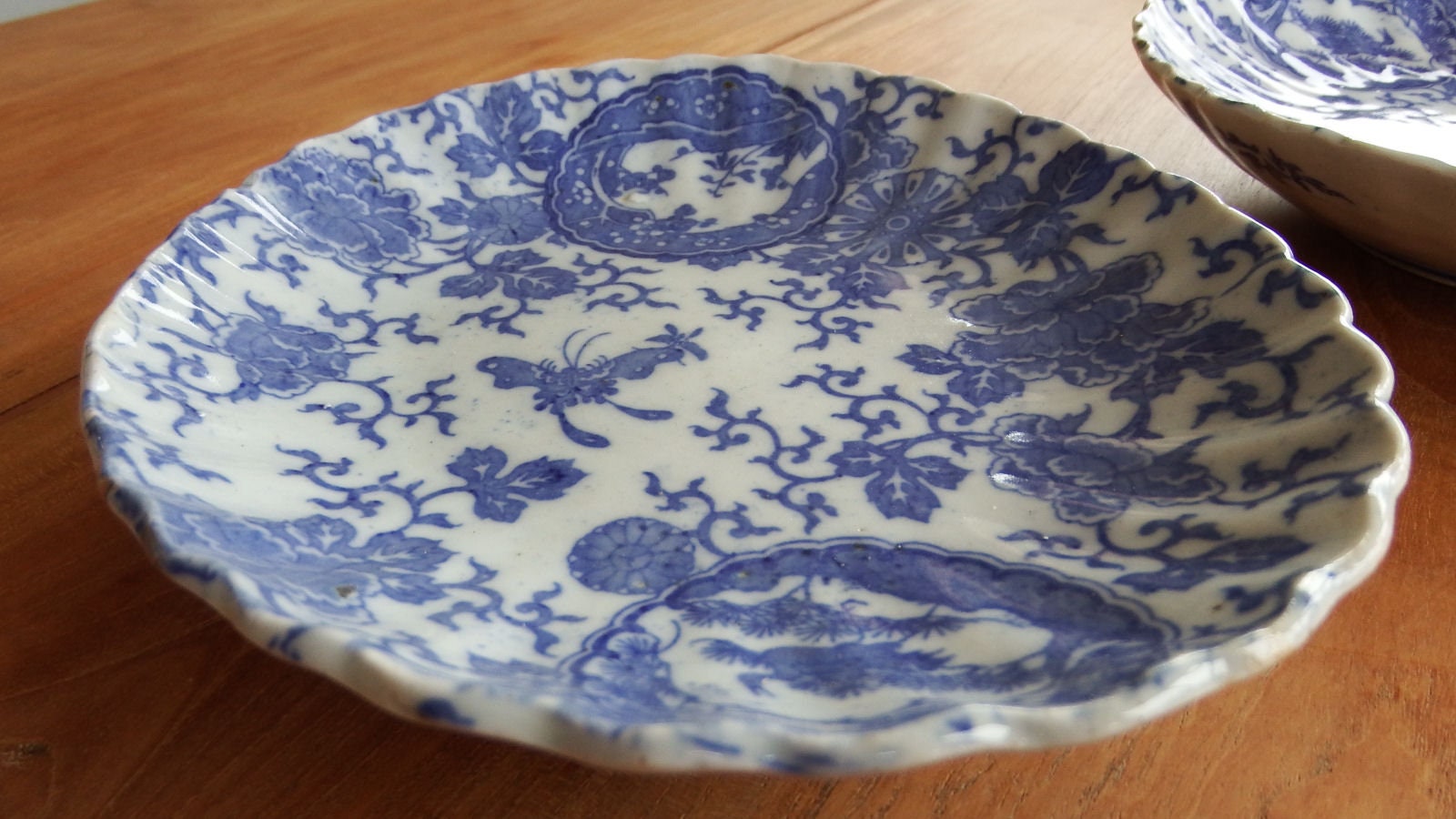 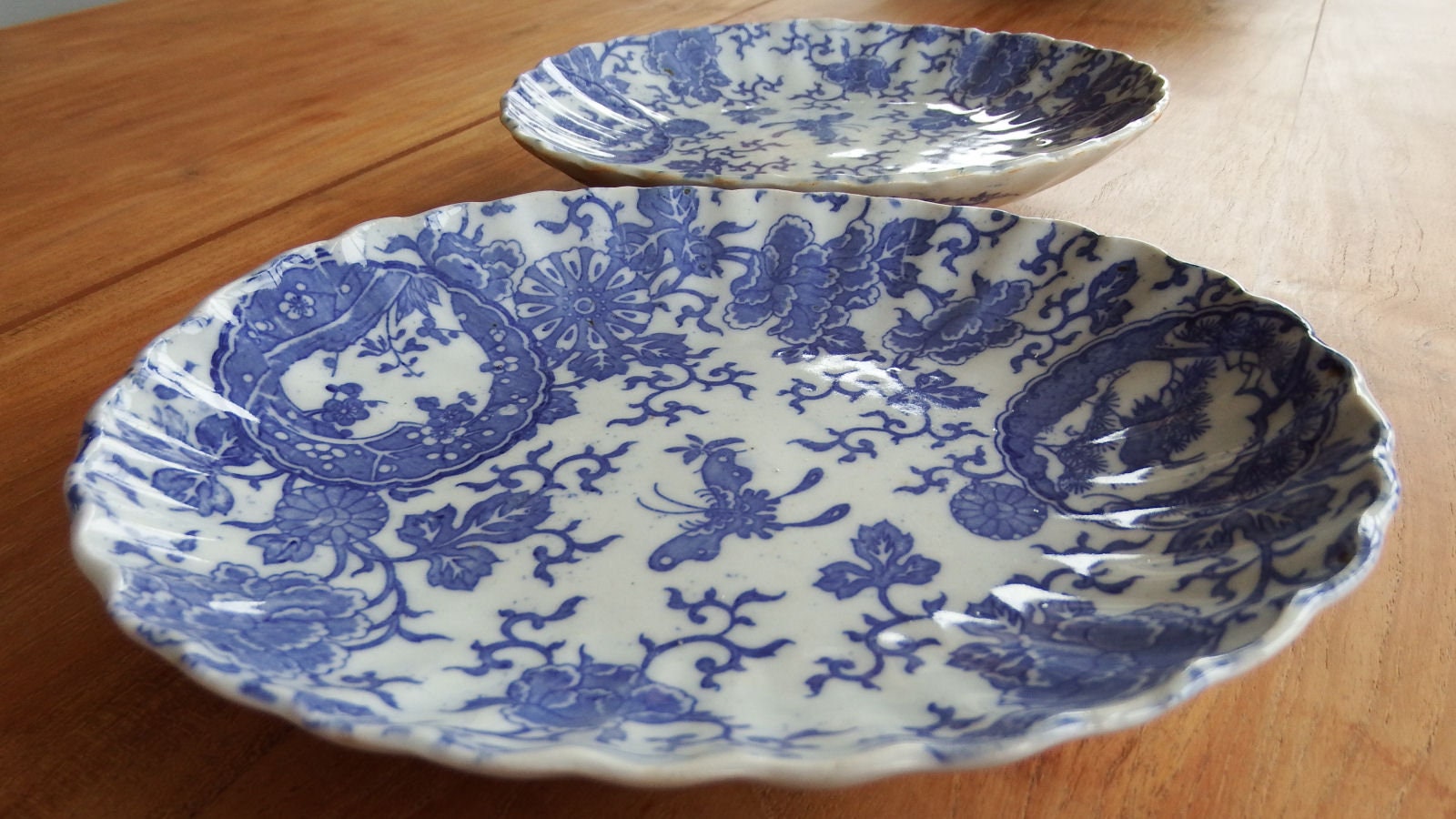 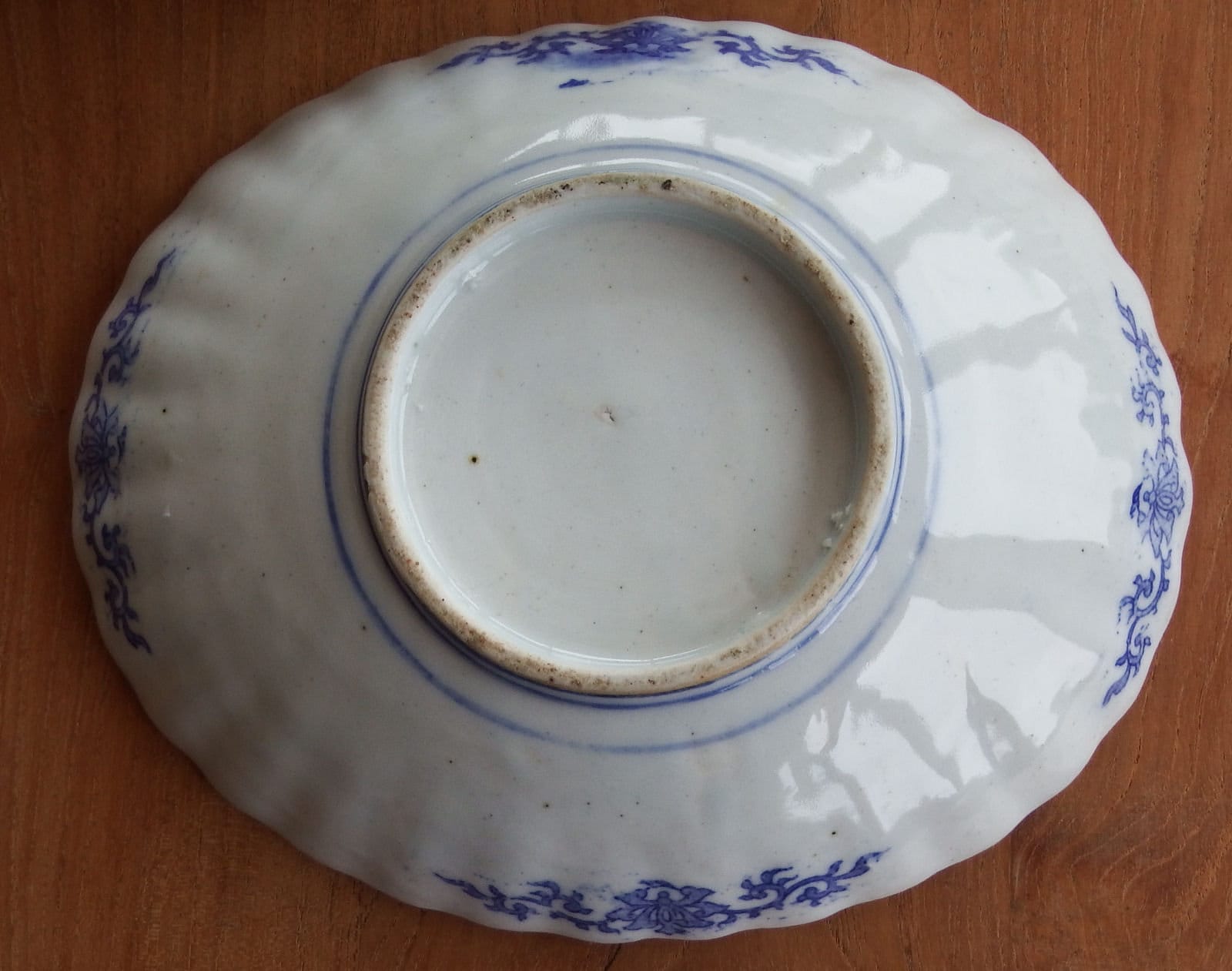 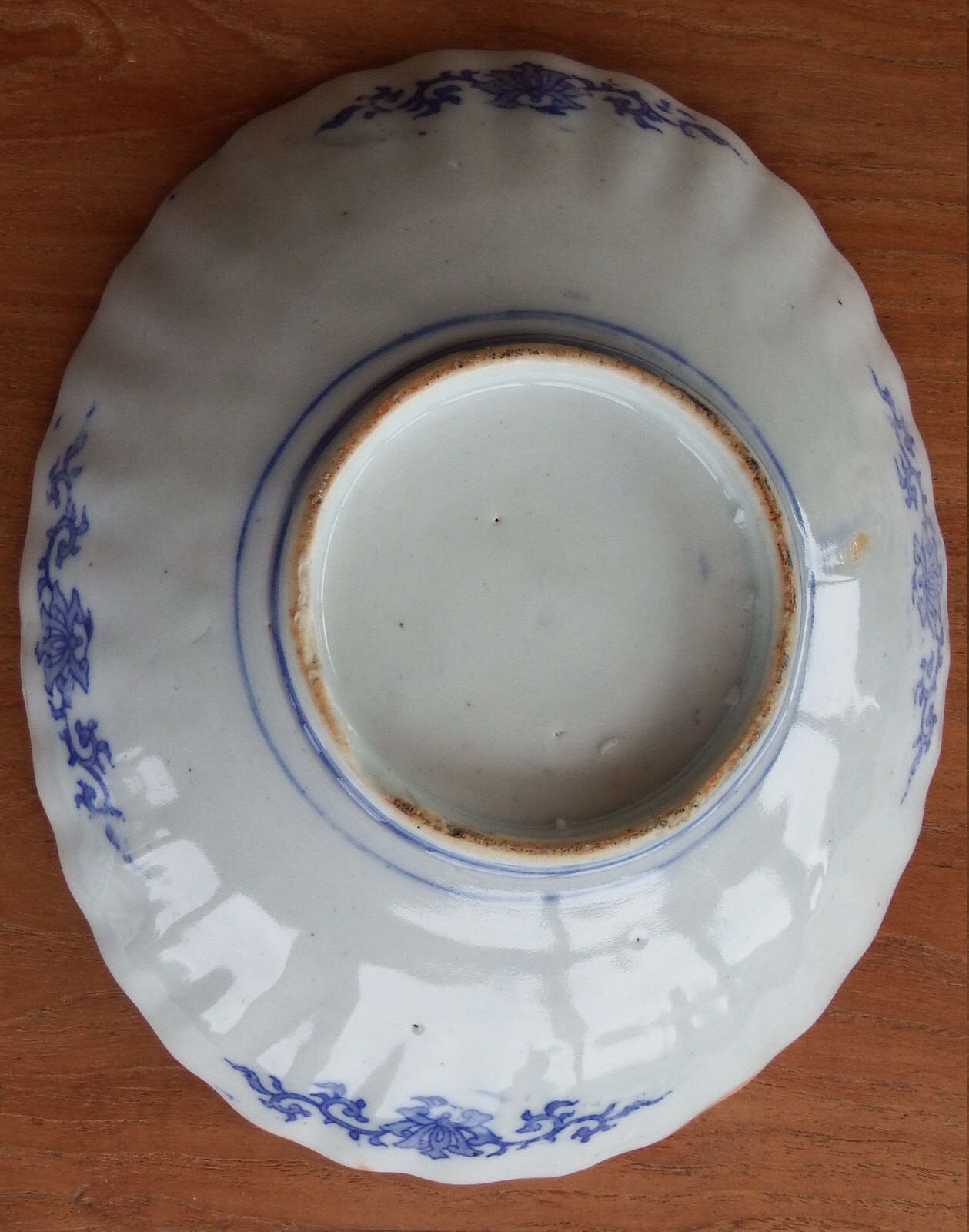 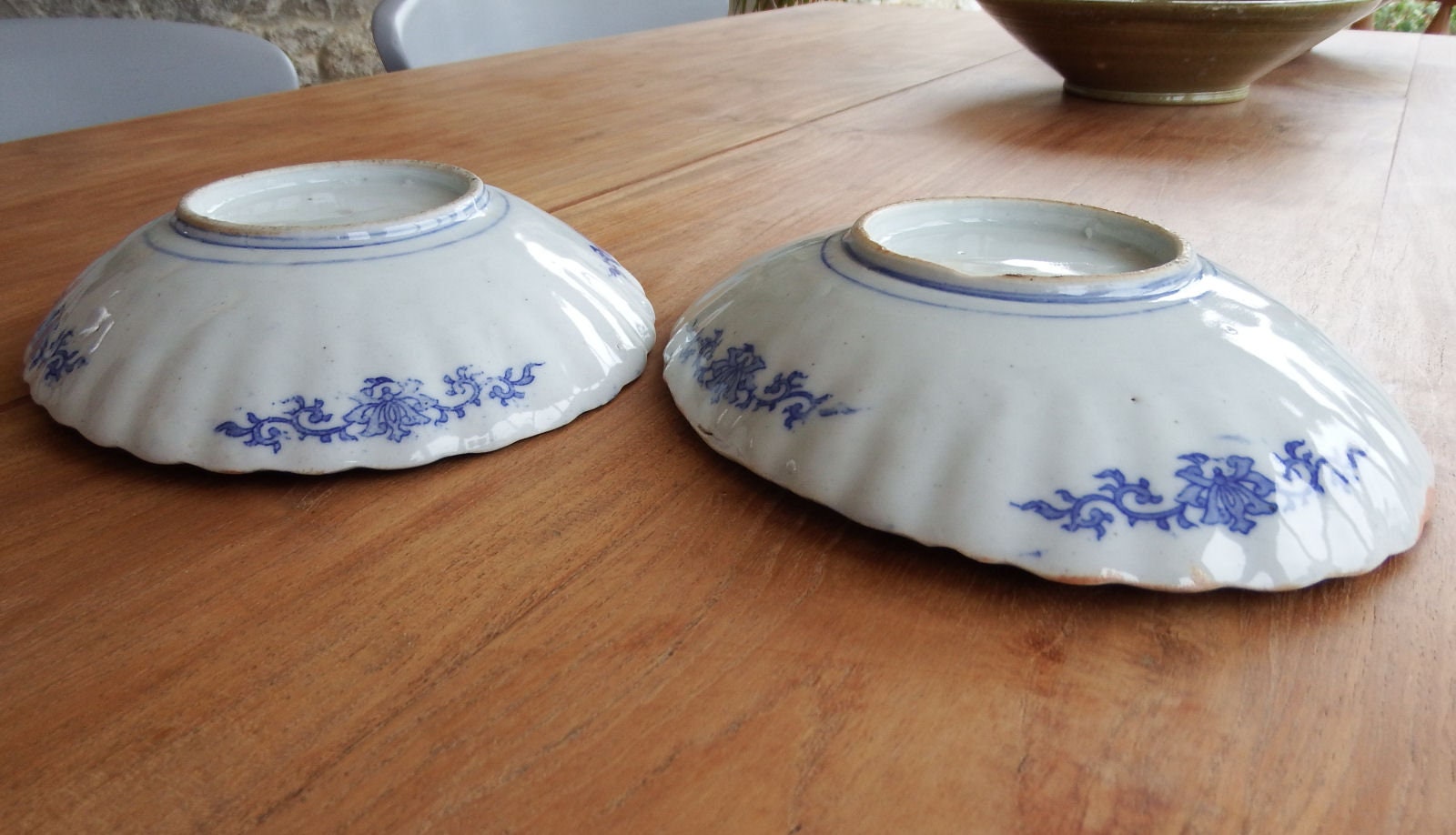 These charming dishes are unevenly potted and typical in form to provincial wares.

These are probably very early examples of Japanese transfer printing (inbante), a process which was developed in Mino province from 1888.

A printing method used widely in Japan in the Meiji period was transfer printing (doban or doban tensha). It was invented in England in the mid-eighteenth century and was first applied to porcelain by 1760. Dutch traders brought English and Dutch transfer-printed wares to Japan in the late Tokugawa period, but attempts to copy them were unsuccessful. It was not until 1888 that potters in the city of Tajimi learned how to make copperplates from workers in the textile dyeing trade in the nearby city of Nagoya, and the next year they patented a method for printing ceramics. Shortly thereafter, transfer printing spread to other major ceramic centers in Japan, including Arita and Tobe. By the Taisho period (1912–1926), this technique had eclipsed stenciling on mass-produced domestic porcelain, and by circa 1920, katagami had disappeared from the market. Most underglaze stencil and transfer-printed designs on Japanese porcelain were executed in blue because of the difficulty in developing other colors that could withstand the high firing temperature required for vitreous wares. Japanese potters were able to overcome this limitation in the 1870s and 1880s, and later transfer wares included underglaze green, pink, black, yellow, and brown.
Shipping Costs Policies