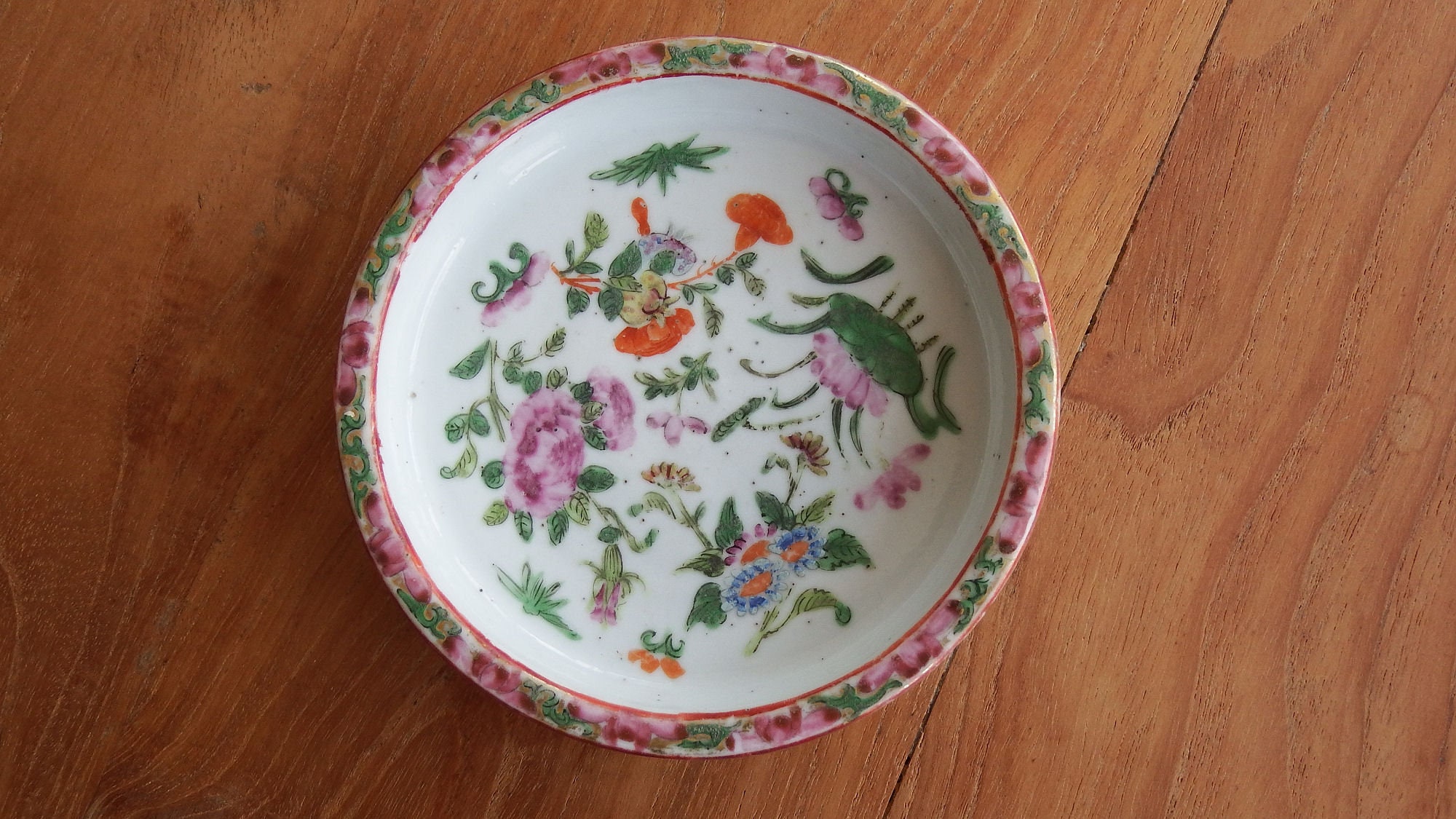 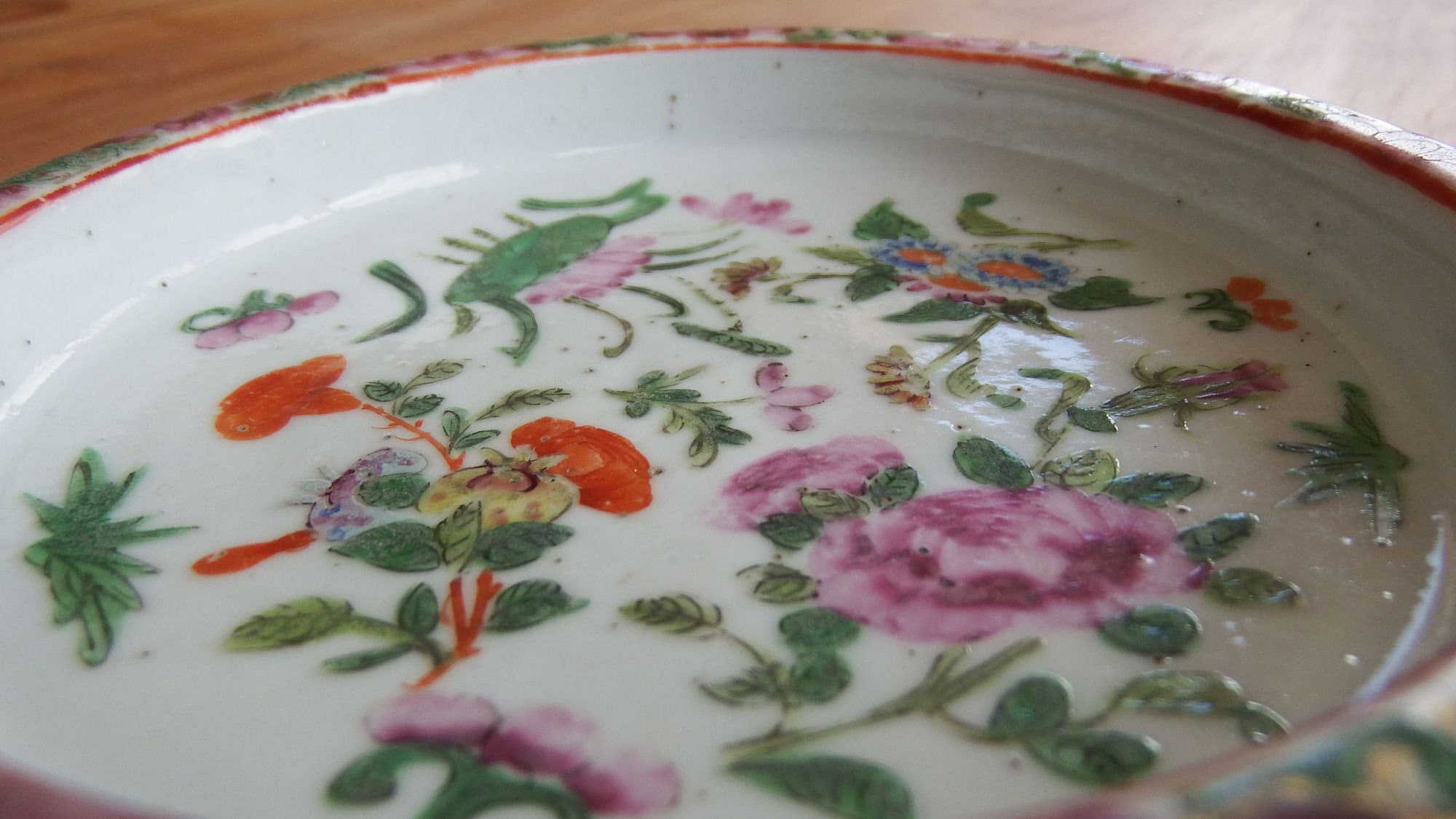 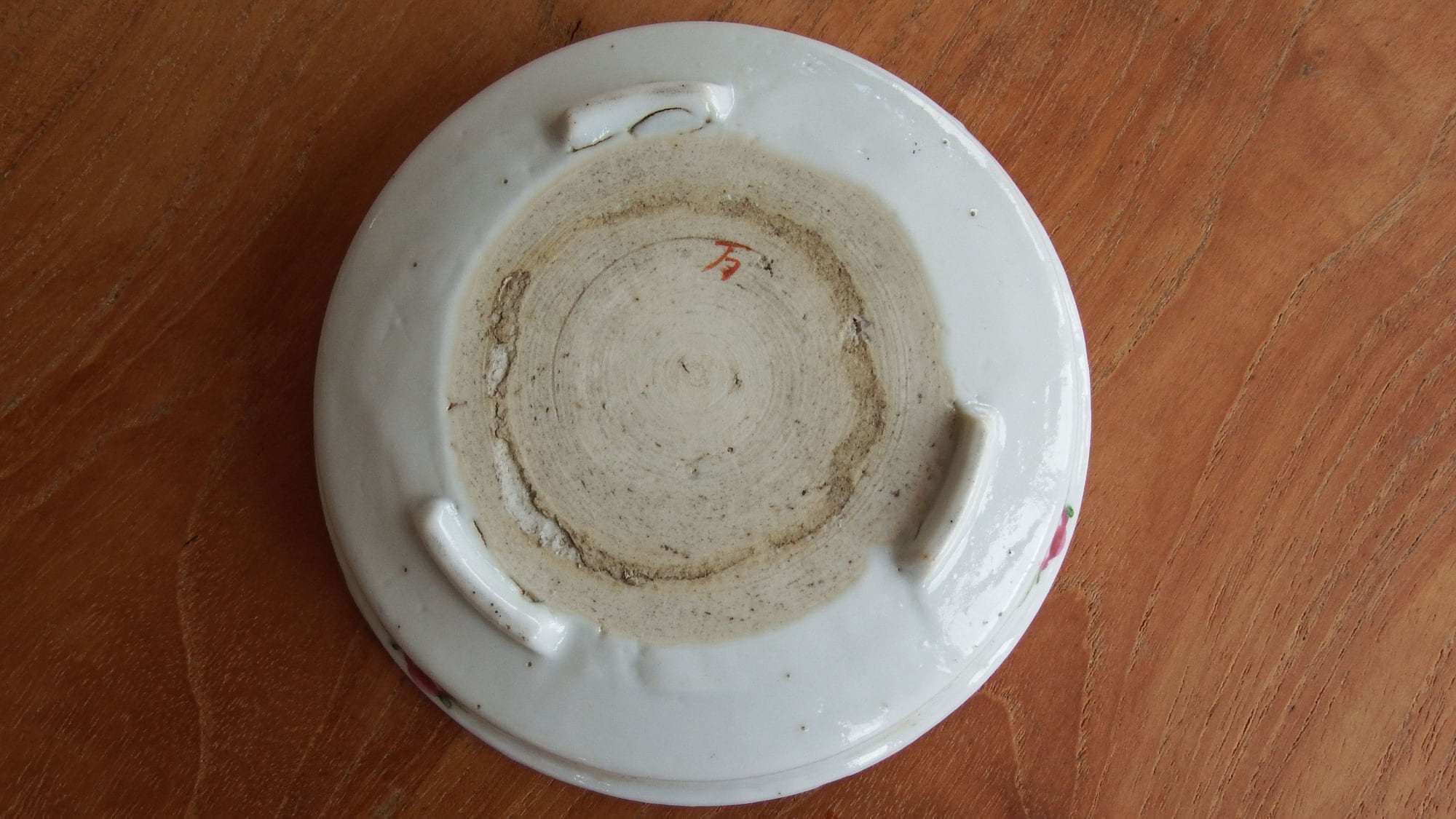 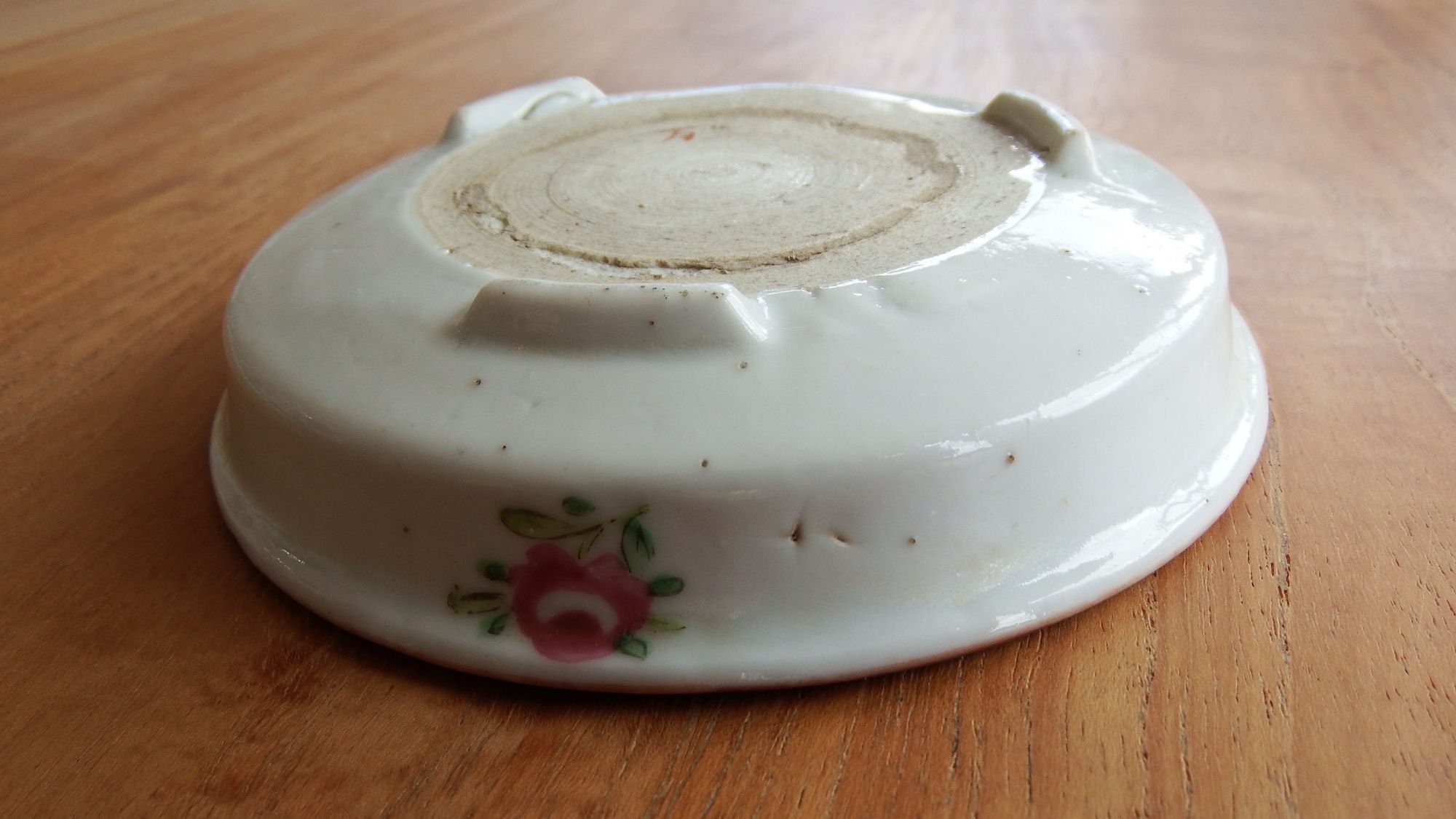 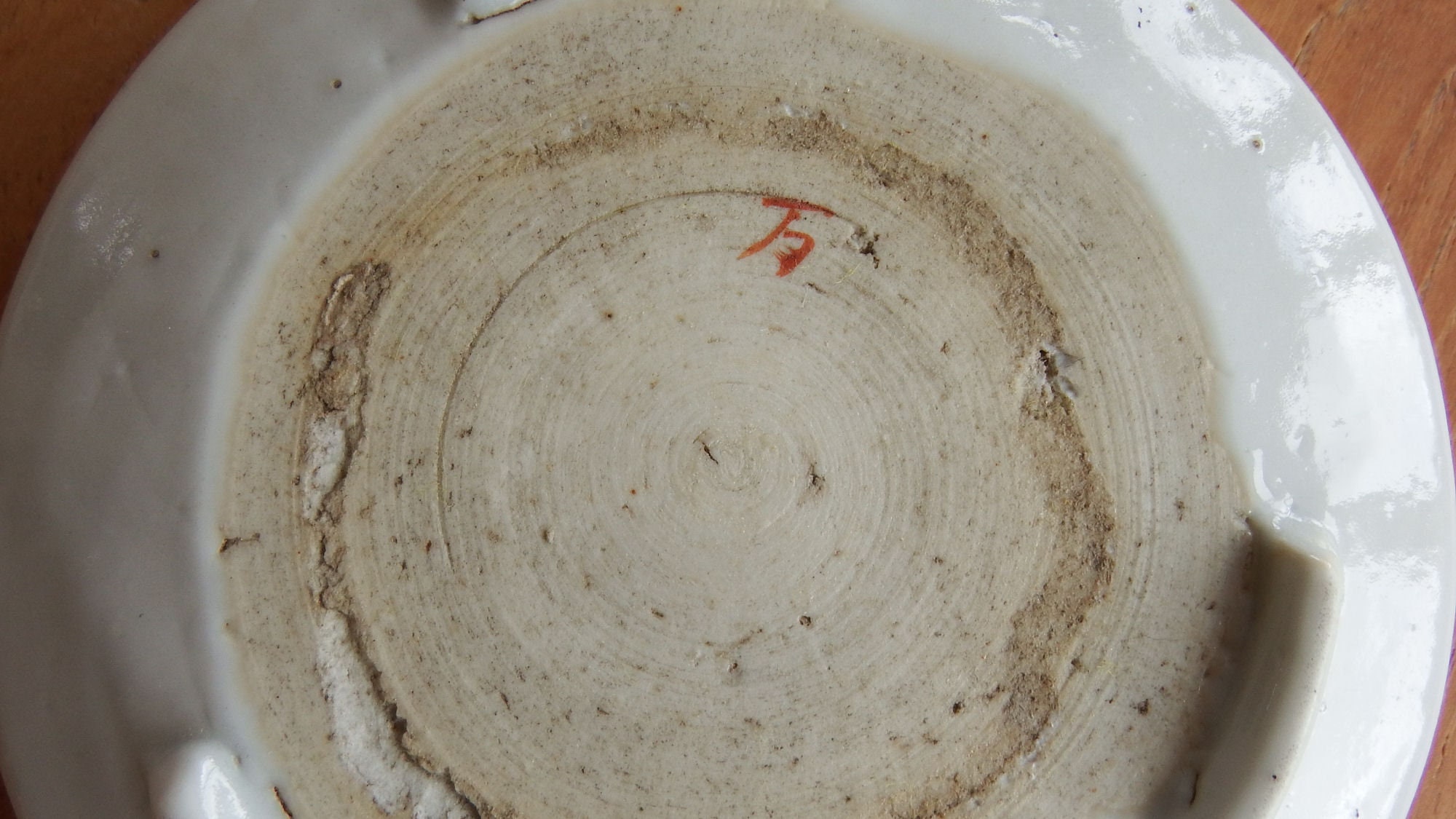 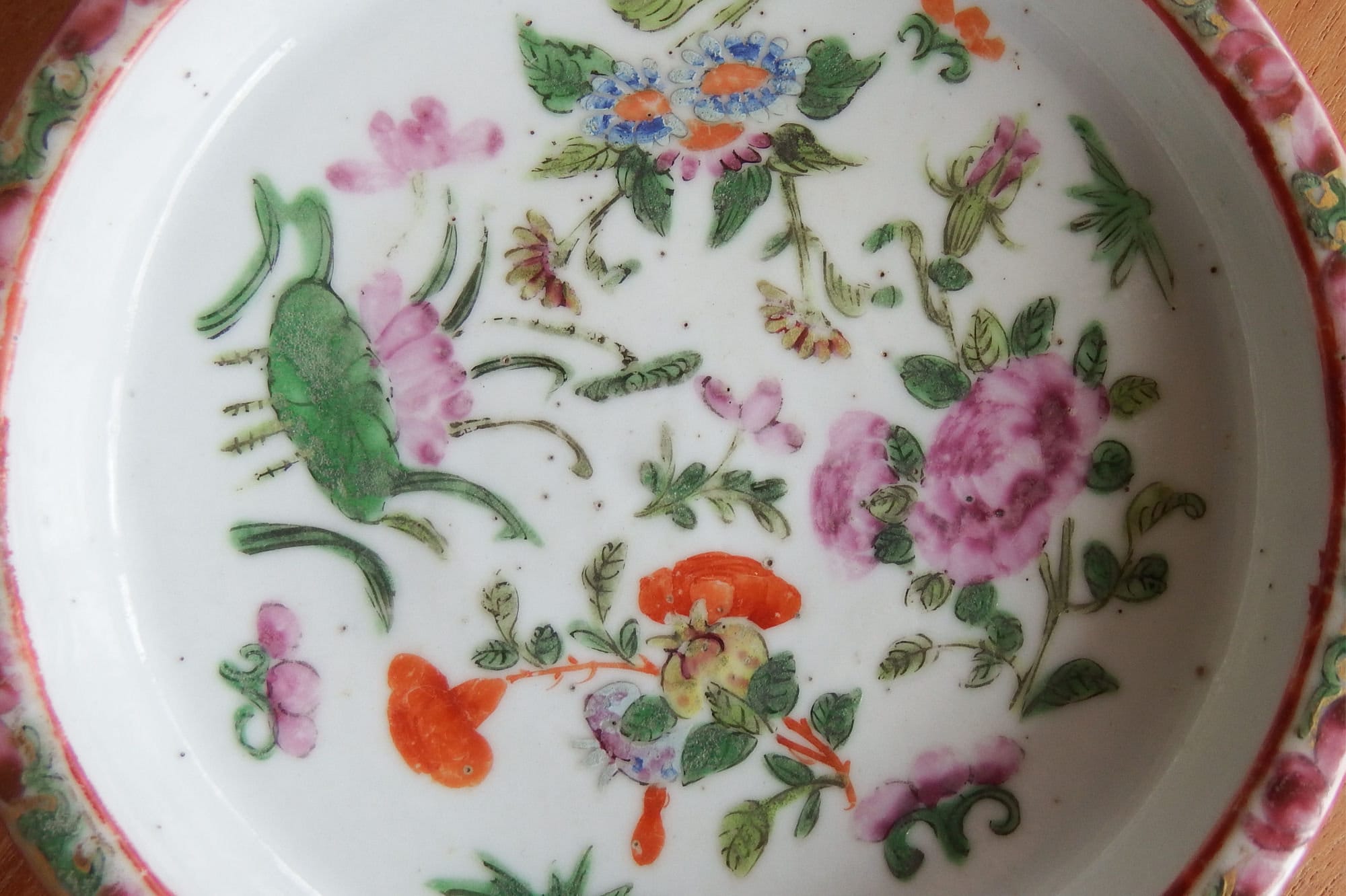 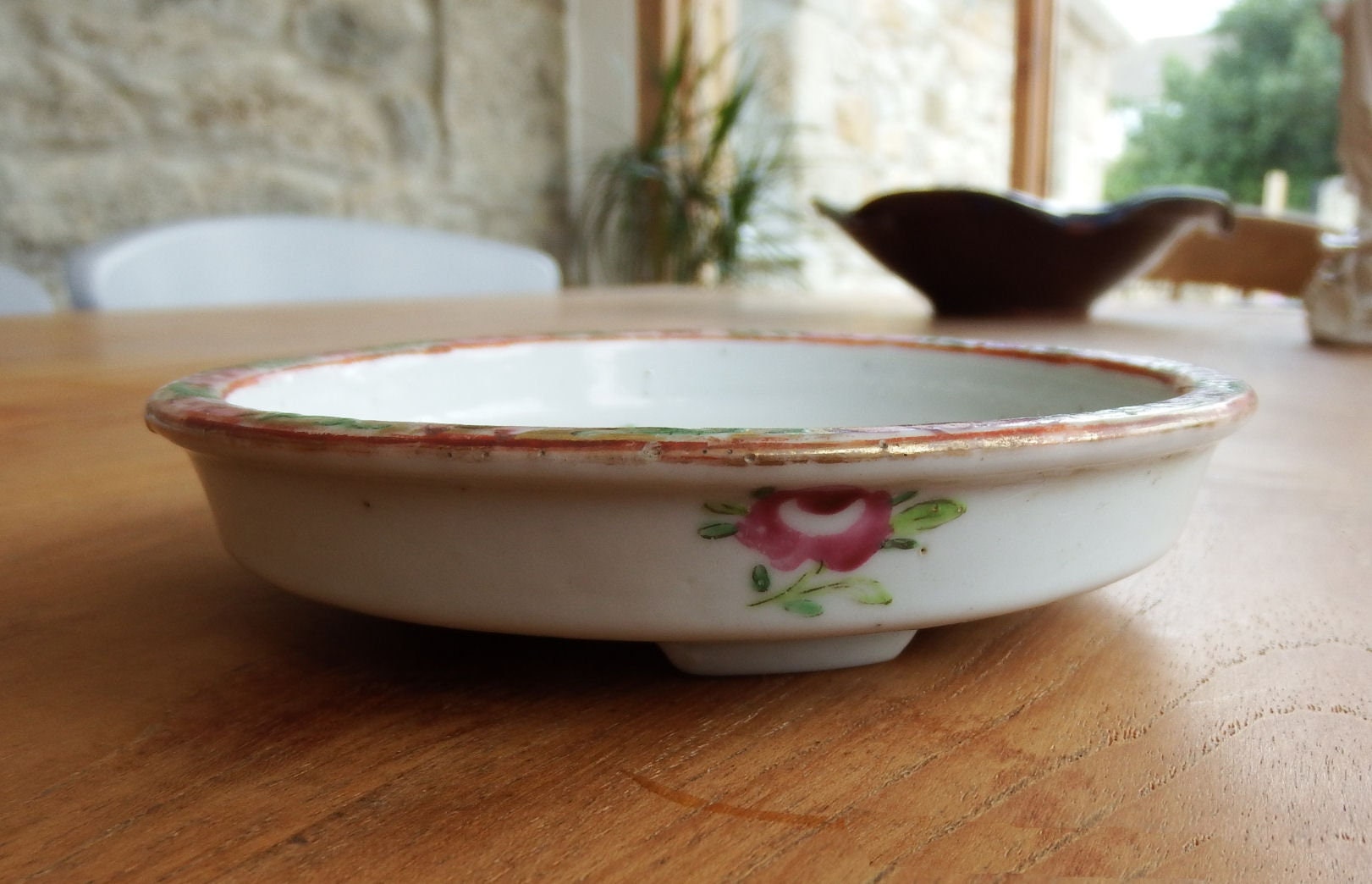 A charming porcelain planter stand dating to the 18th/19th century, formerly owned by the Rogers family and part of the Penrose Estate, Cornwall, England.

If you have watched the famous Poldark TV series you'll be able to form a good picture of a fine Cornish estate such as Penrose House during the 18th/19th century.

Penrose House is a Grade II listed house and consists of an irregular square plan ranged around a small courtyard with 17th-century U-shaped plan front to the northwest.

The 17th-century country house was constructed for the Penrose family, probably for John Penrose who died in 1679; remodelled and extended from c. 1788 for John Rogers and c. 1832 for the Reverend John Rogers; extended 1863 by William Webb for John Jope Rogers; remodelled 1867; buttery added 1868 and centre of the elevation towards Loe Pool rebuilt 1927–28.

Penrose (or at least some land) was held by the Penrose family pre-1269. The estate grew as a result of various grants of land and inheritances some of which resulted from marriages linking the Penroses with other leading Cornish families including: St Aubyn, Tremayne, Methele, Erissey, Killigrew and Rashleigh. Between 1750 and 1770 Penrose was bought by Hugh Rogers. Hugh Rogers and his son the Reverend John Rogers carried out many of the major alterations and additions at Penrose.
Shipping Costs Policies