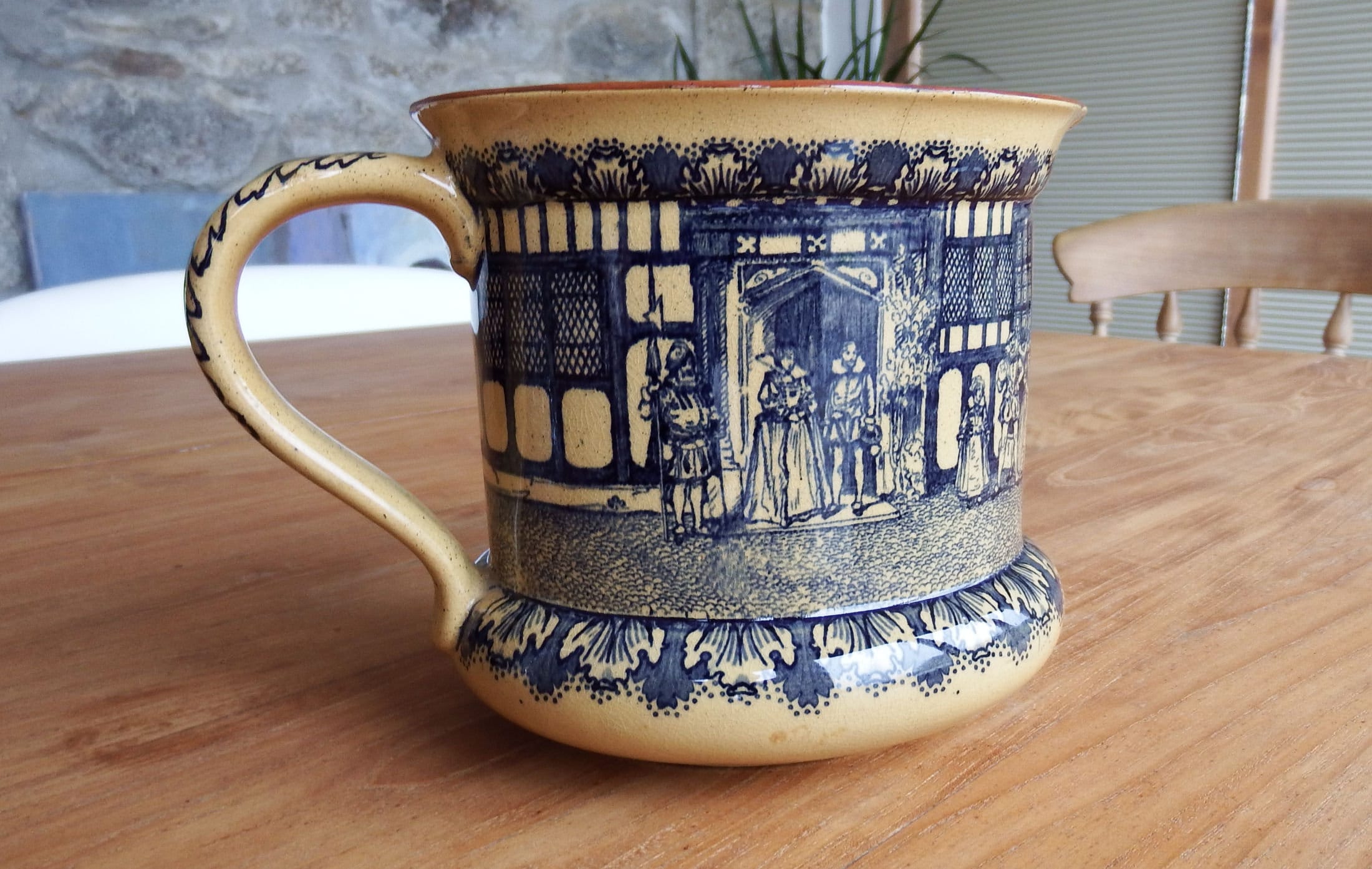 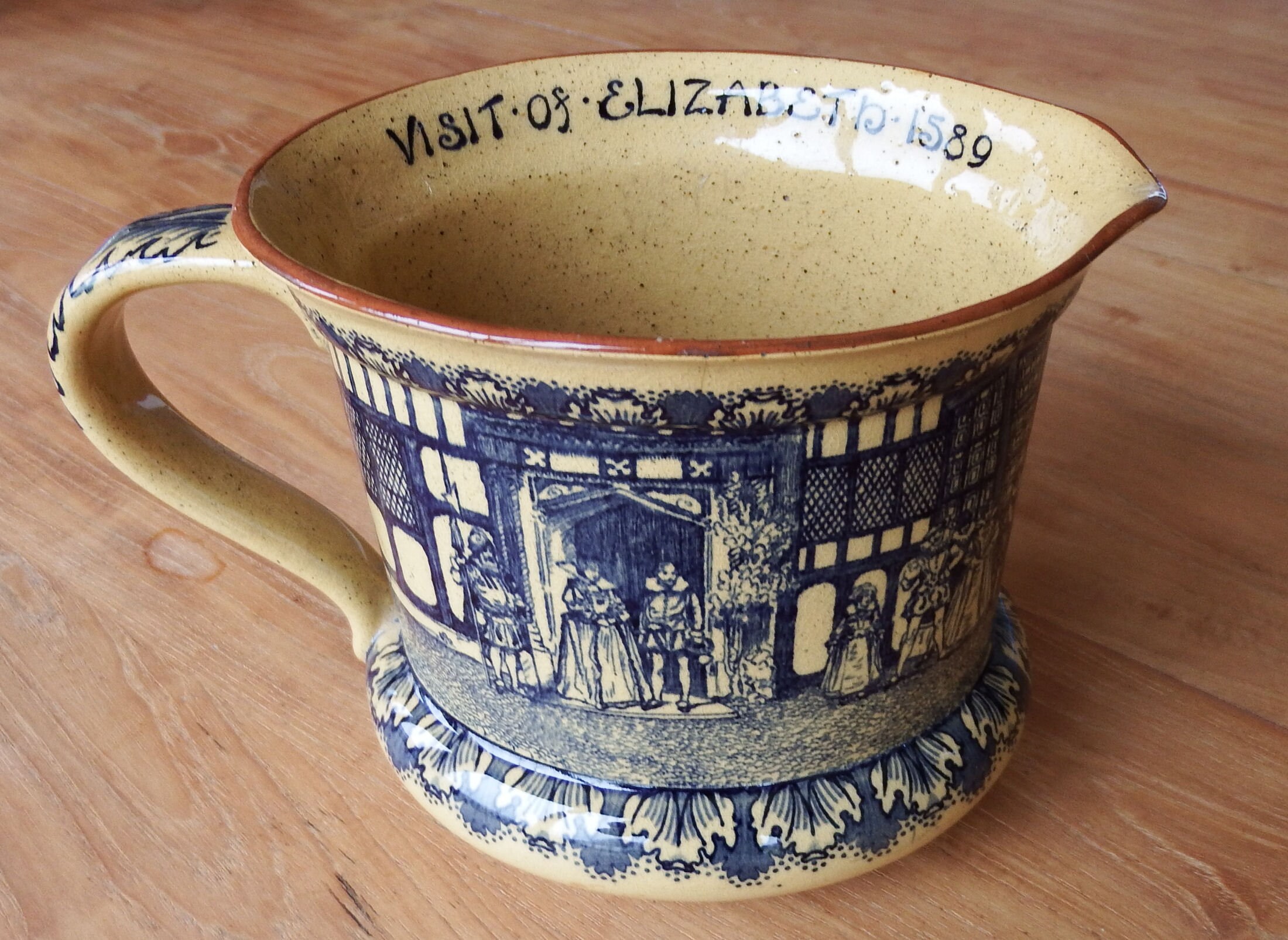 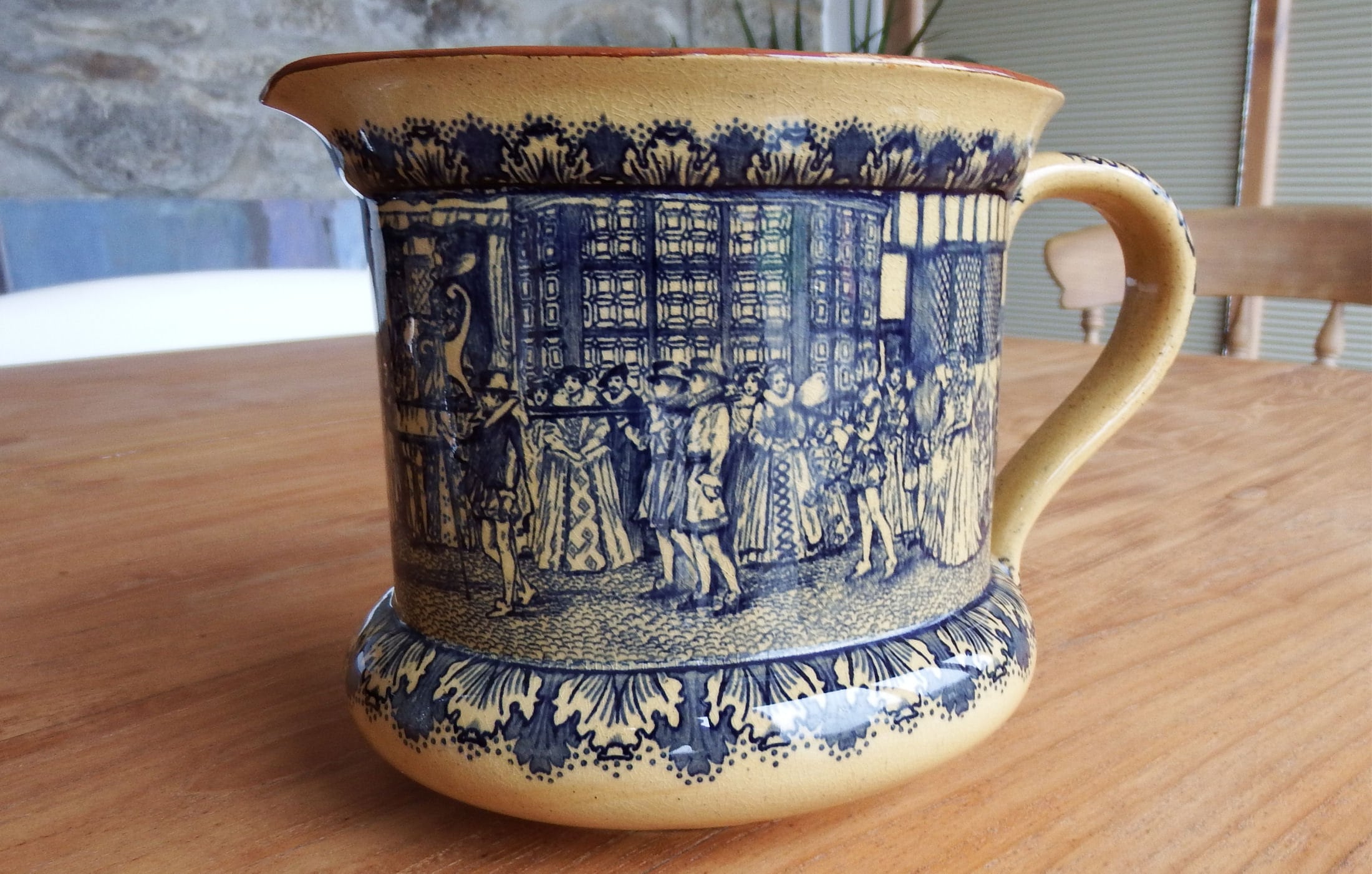 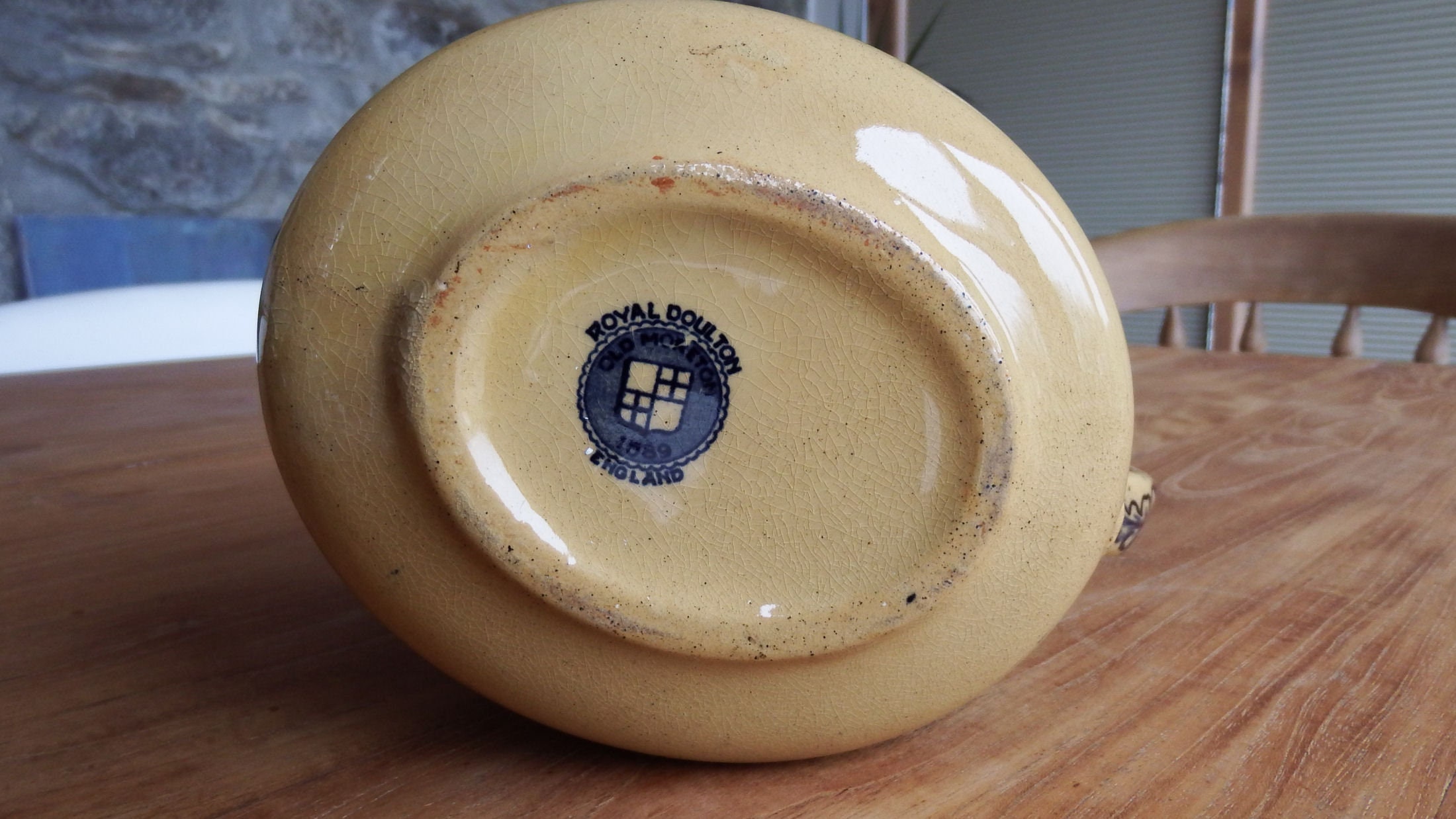 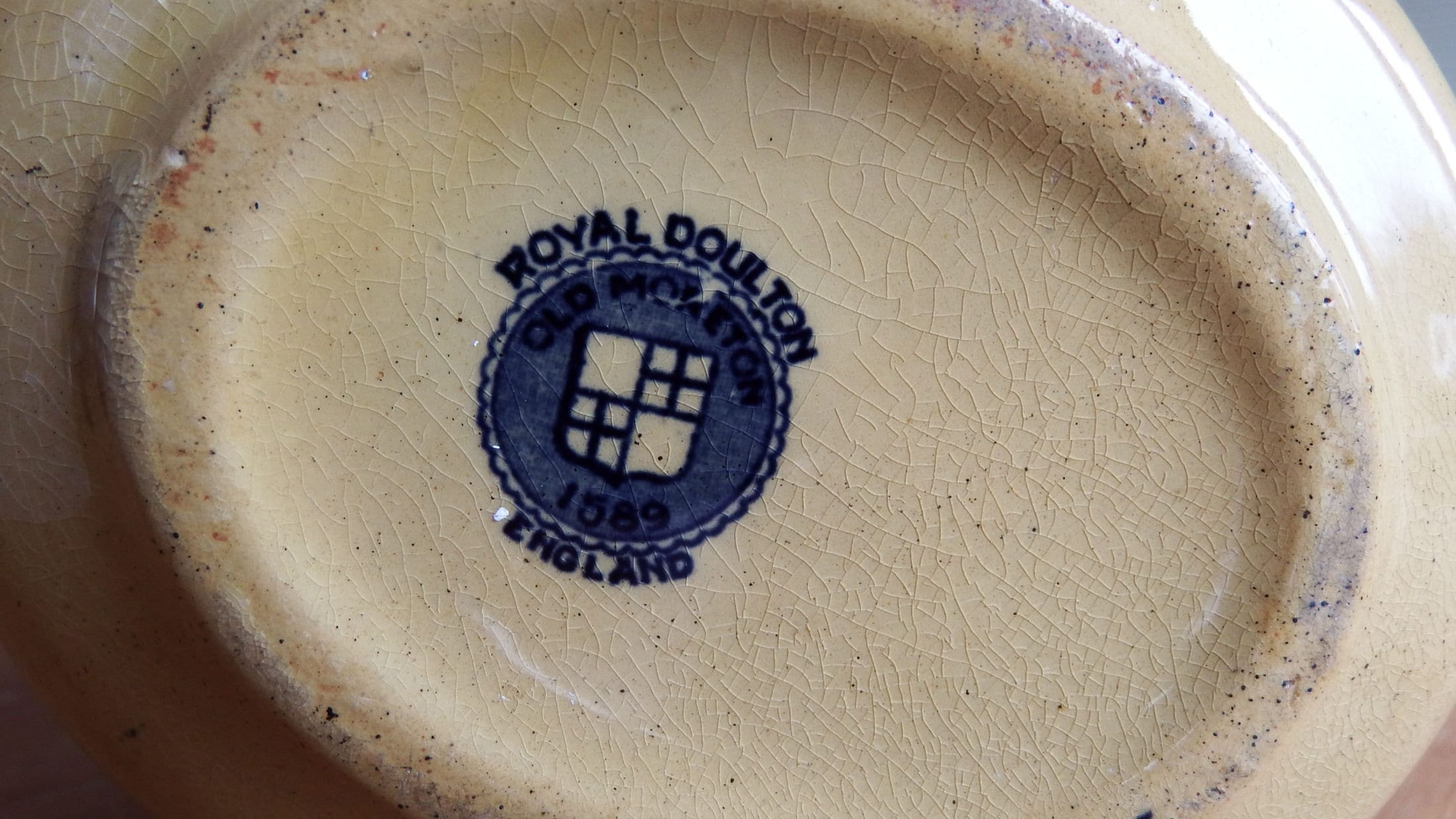 The Doulton factory was established in 1815 in Lambeth, South London by John Doulton (1793 - 1873), who had previously been employed at the nearby Fulham Pottery. He initially had two partners, Martha Jones and John Watts, the former of who left the company in 1820, and the latter in 1854.

He began by producing practical and decorative stoneware, such as bottles and sewer pipes from his small pottery

John's son Henry (1820 - 1897) joined the company in 1835 and the production of stoneware items was expanded to include laboratory articles, sanitary ware and drainpipes, which were sold worldwide.

From about 1860, Doulton began to revive earlier types of stoneware, such as copies of 18th-century vessels. The famous salt-glazed wares with blue decoration first appeared in 1862.

Through Henry Doulton, the pottery became associated with the Lambeth School of Art directed by John Sparkes from about 1866. He trained the sculptor George Tinworth who joined Doulton as the first resident sculptor in 1867. Tinworth enjoyed a long career at the Lambeth studio, producing a wide range of figures, vases, jugs, tankards and reliefs, as well as fountains and monumental sculptures.

The international popularity of the art pottery produced at Lambeth led to the number of art potters increasing from six in 1873 to 345 in 1890, including such famous names as Frank Butler, Eliza Simmance, Arthur Barlow and his sisters Hannah and Florence Barlow.

When Henry Doulton died in 1897, Henry's son Henry Lewis Doulton took over control of the company. The company continued to hire talented artists including the next art director Charles Noke, Harry Tittensor, Joseph Hancock, and many others.

The company was granted the Royal Warrant by Edward VII in 1901. Production continued at the Lambeth factory until 1956, after which Doulton concentrated on their activities at Burslem.

In 1972 Pearson PLC purchased Doulton & Co. Pearson had a controlling interest in Allied English Potteries and combined the two tableware groups under the Royal Doulton Tableware name, but in 1993 Pearson returned the Doulton group to public ownership, and it was listed on the London Stock Exchange.

The company made further acquisitions in the 1990s but sales were stagnant and in 1997 the company was forced to restructure, cutting its workforce and range of products.
Shipping Costs Policies