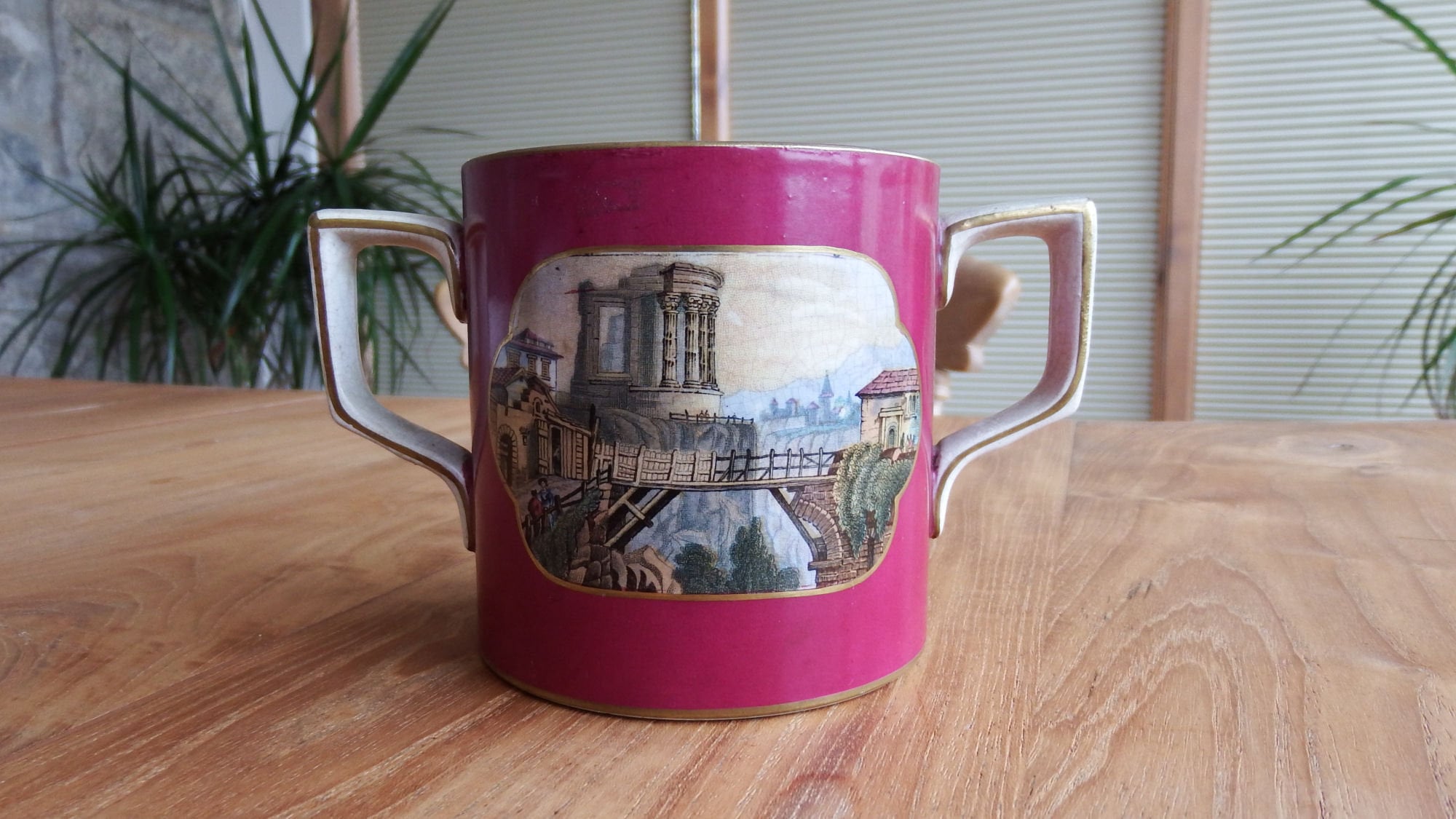 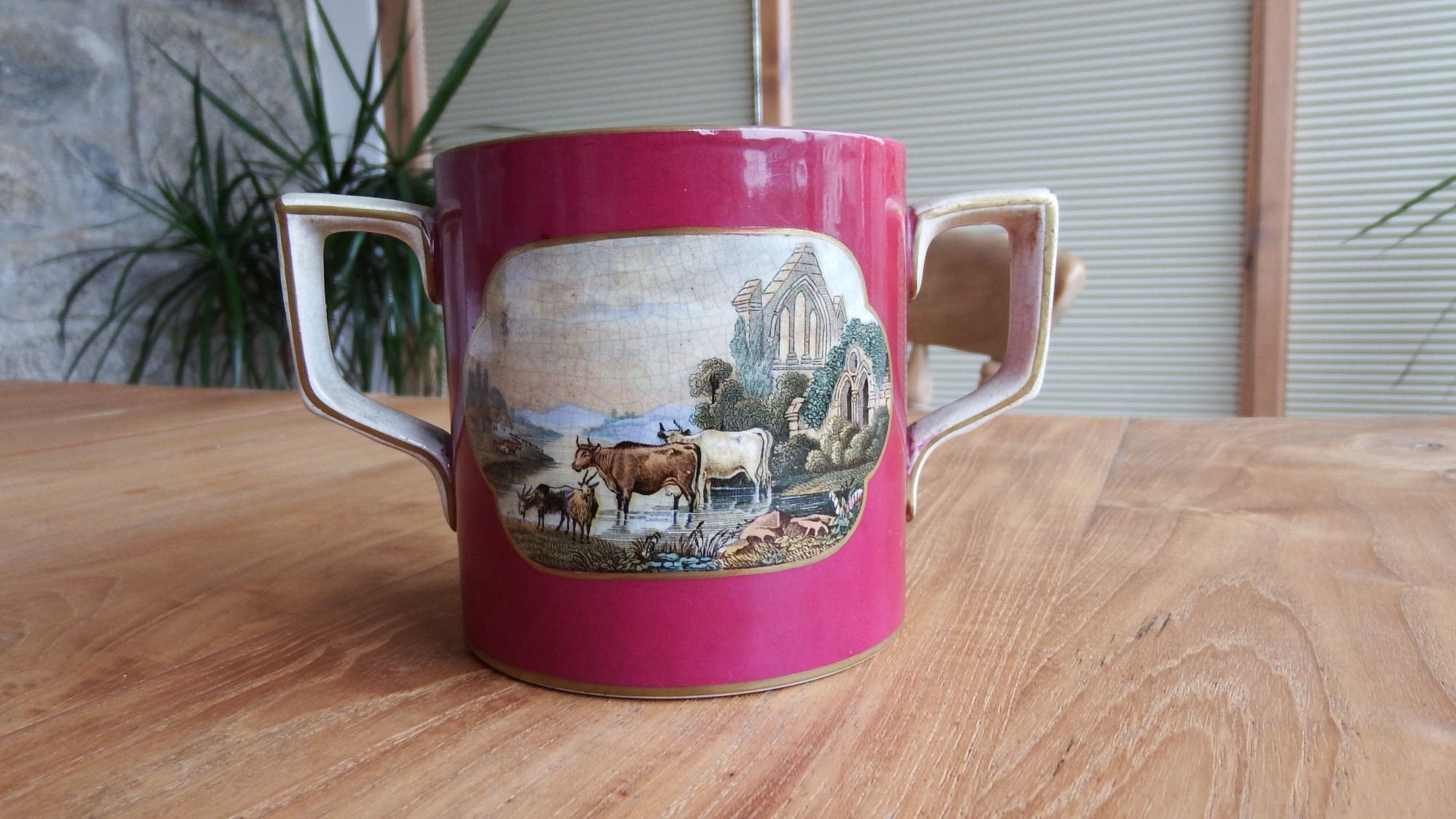 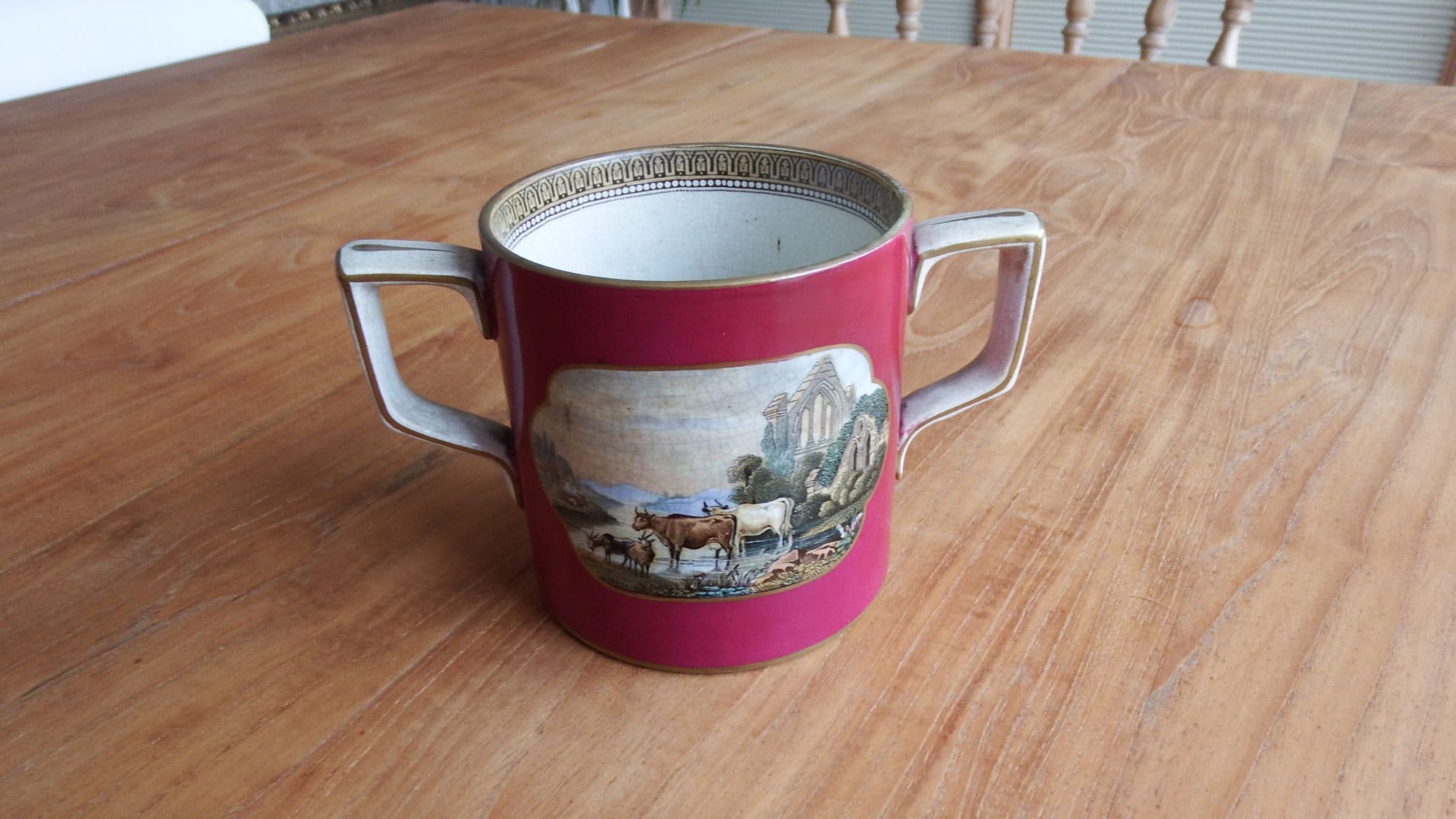 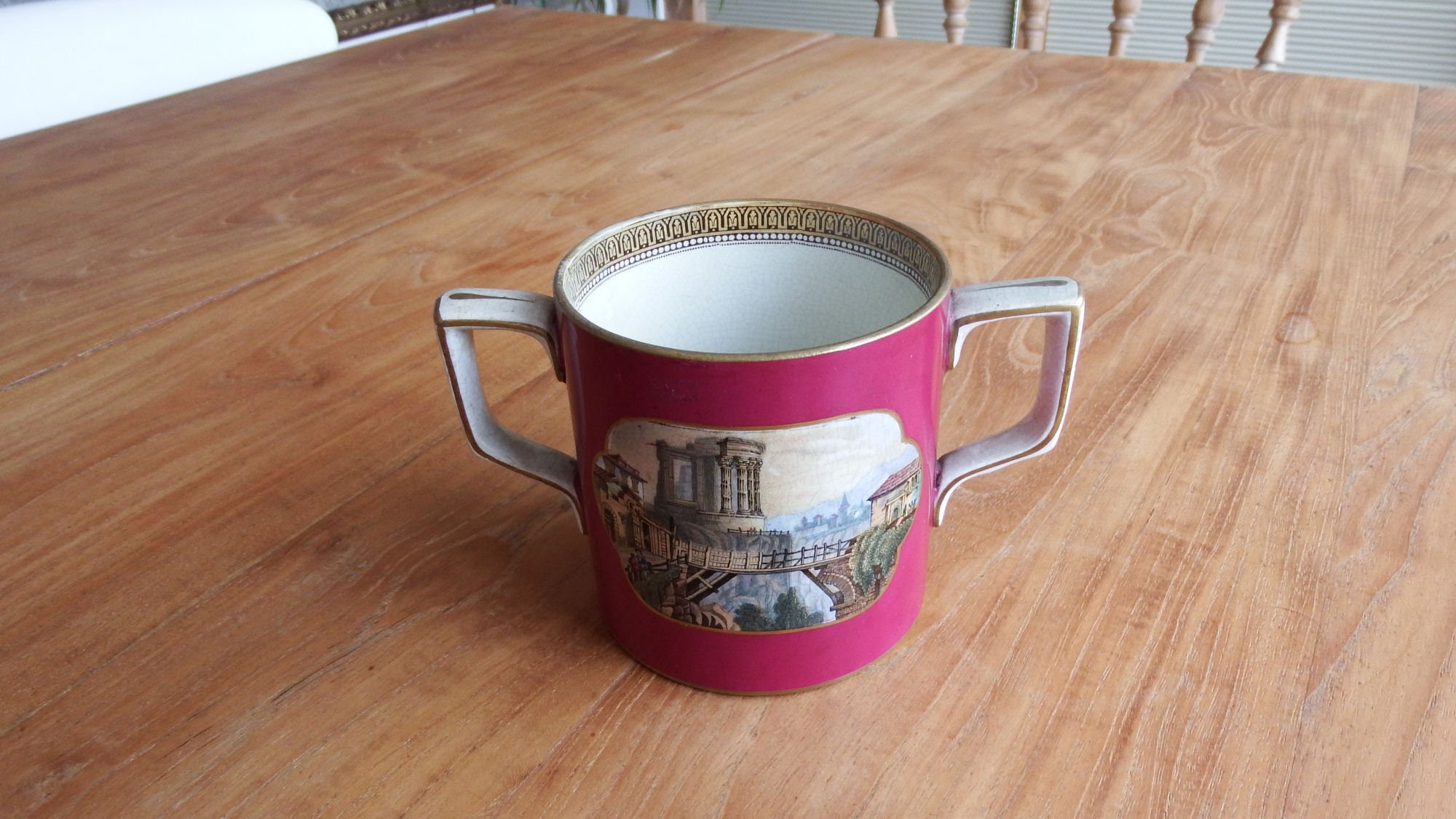 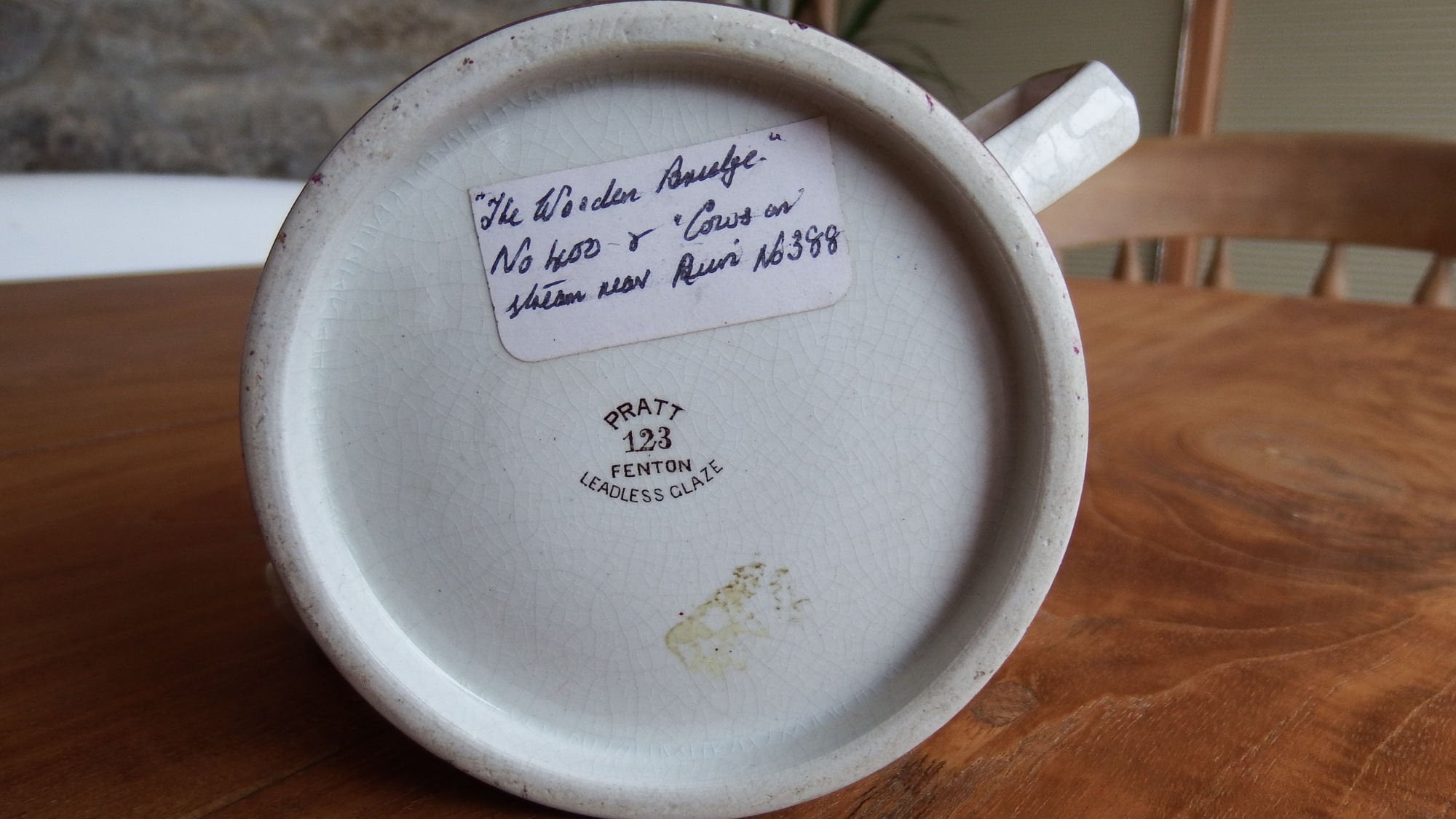 Decorated with two transfer colour prints, "The Wooden Bridge" { Ball No. 400 } and "Cows on Stream near Ruin", { Ball No. 388 }, each reserved on a maroon ground and with "extra-heightened" gilded borders.

Collectors note affixed to the base - see images.