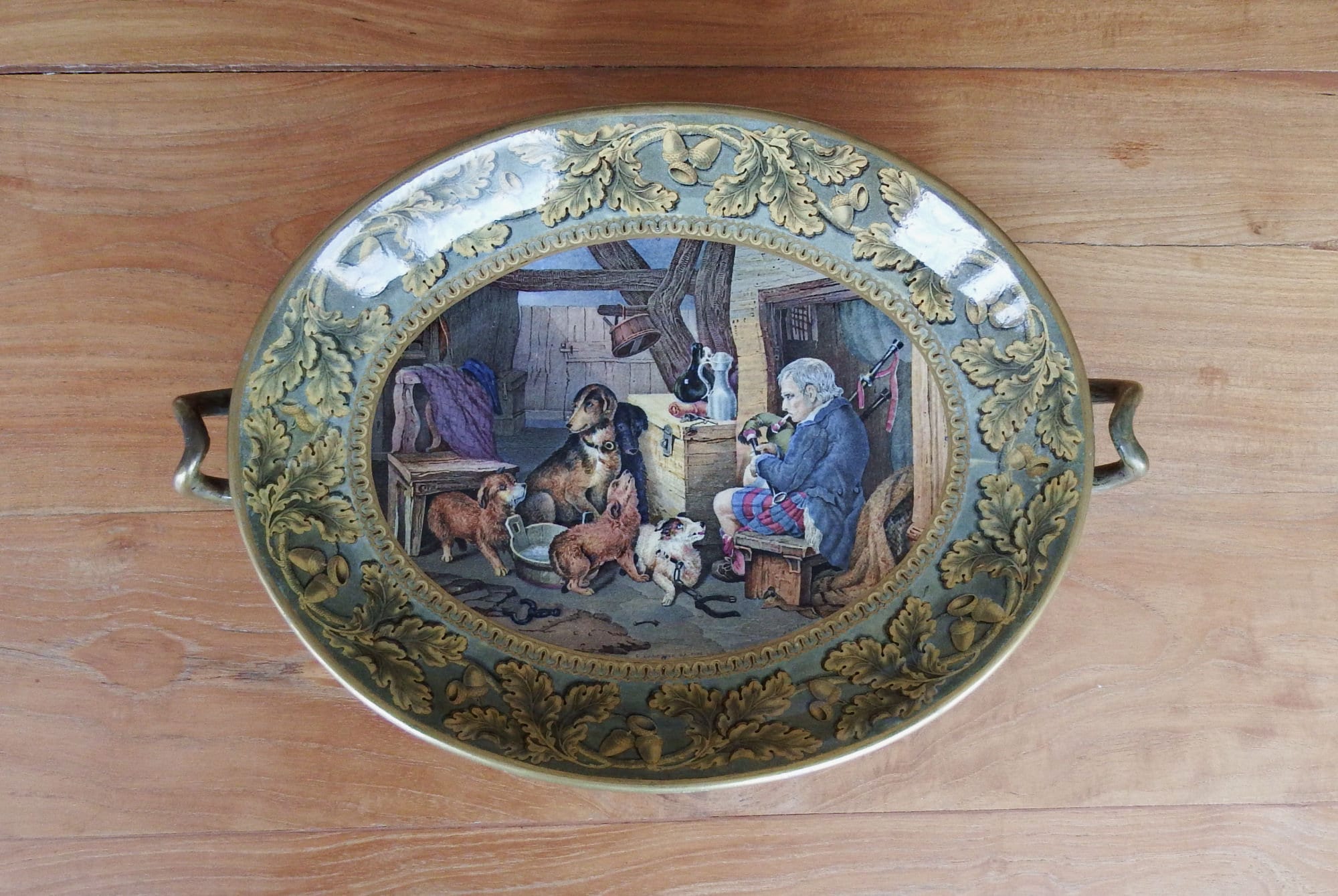 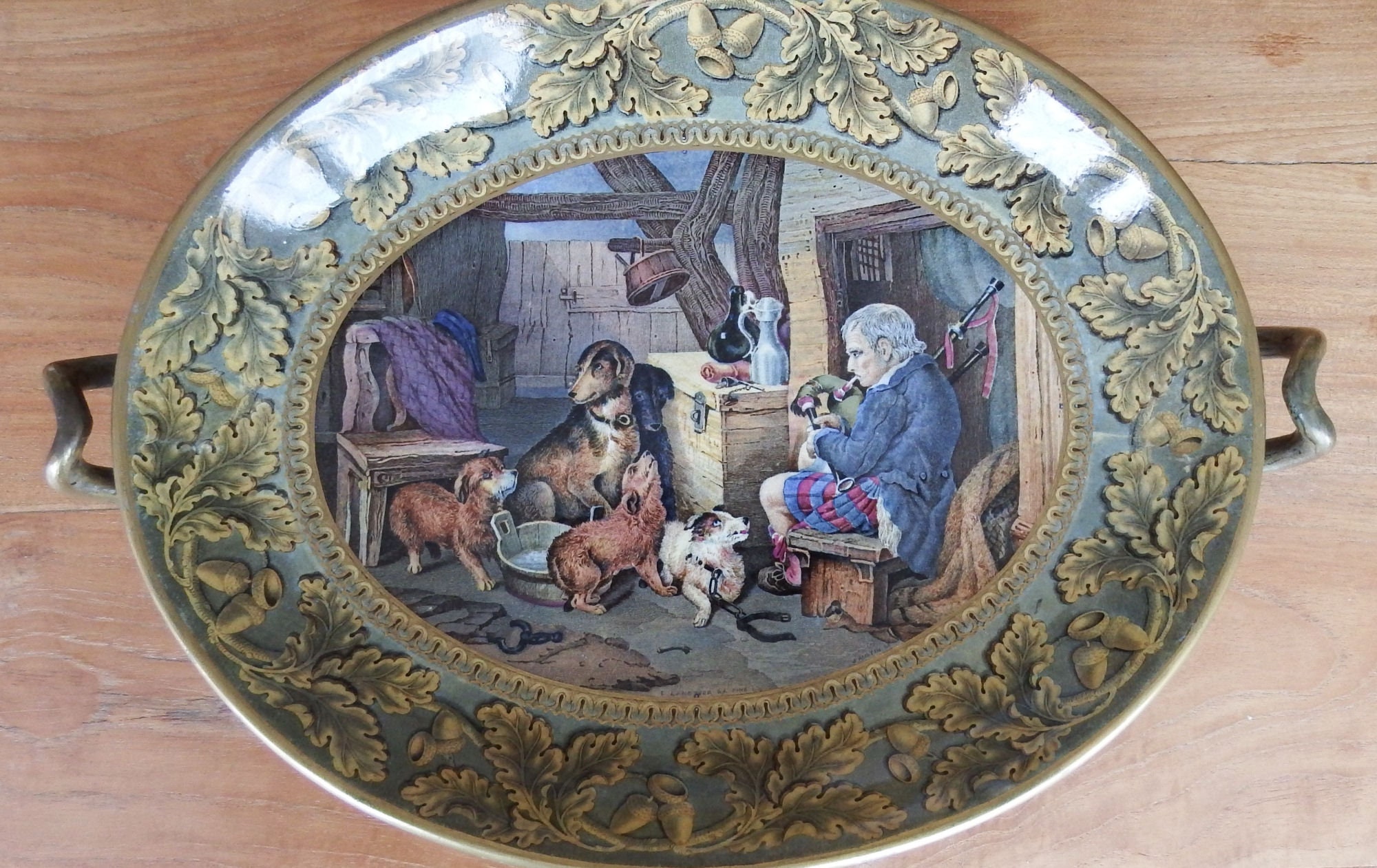 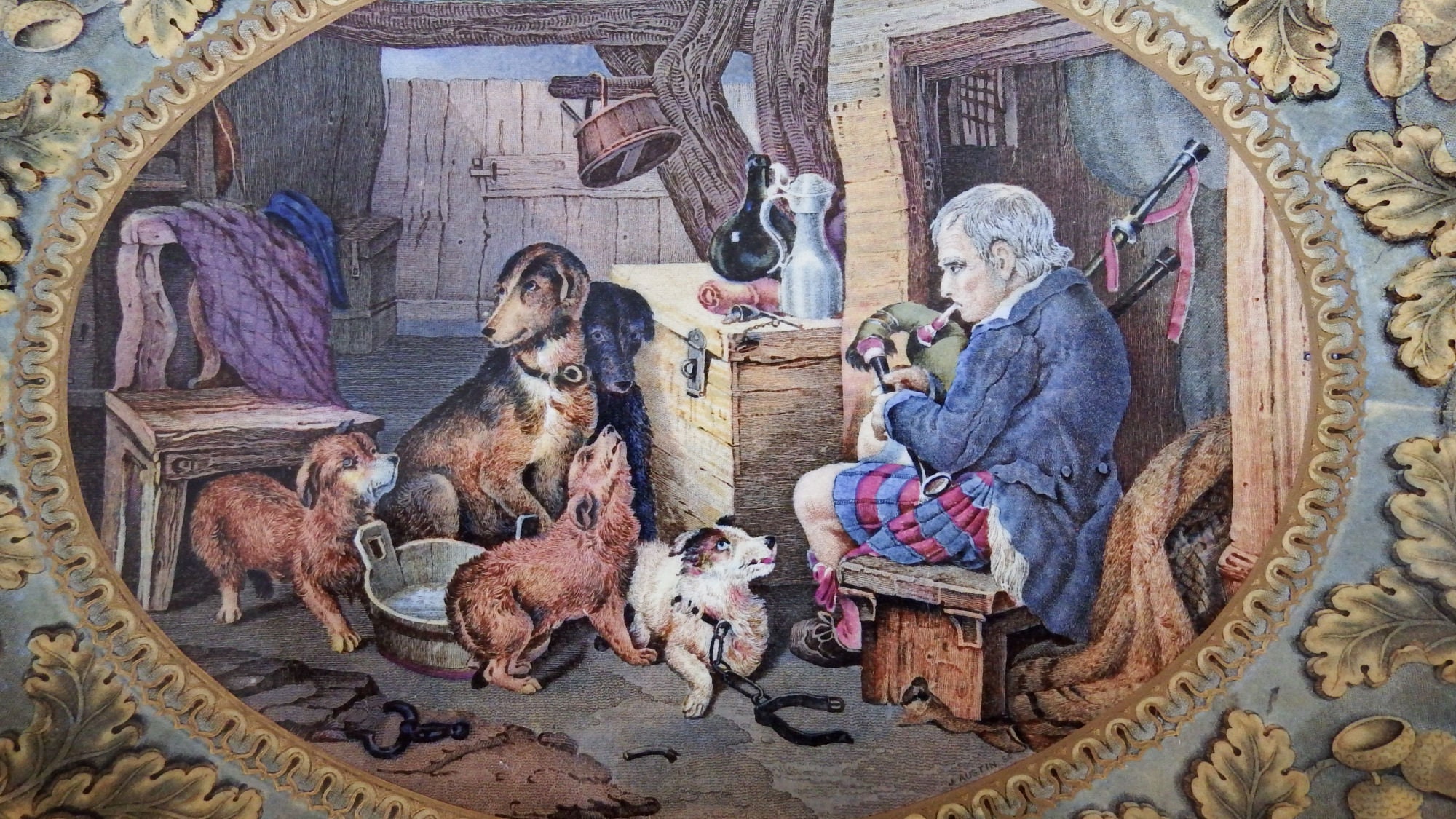 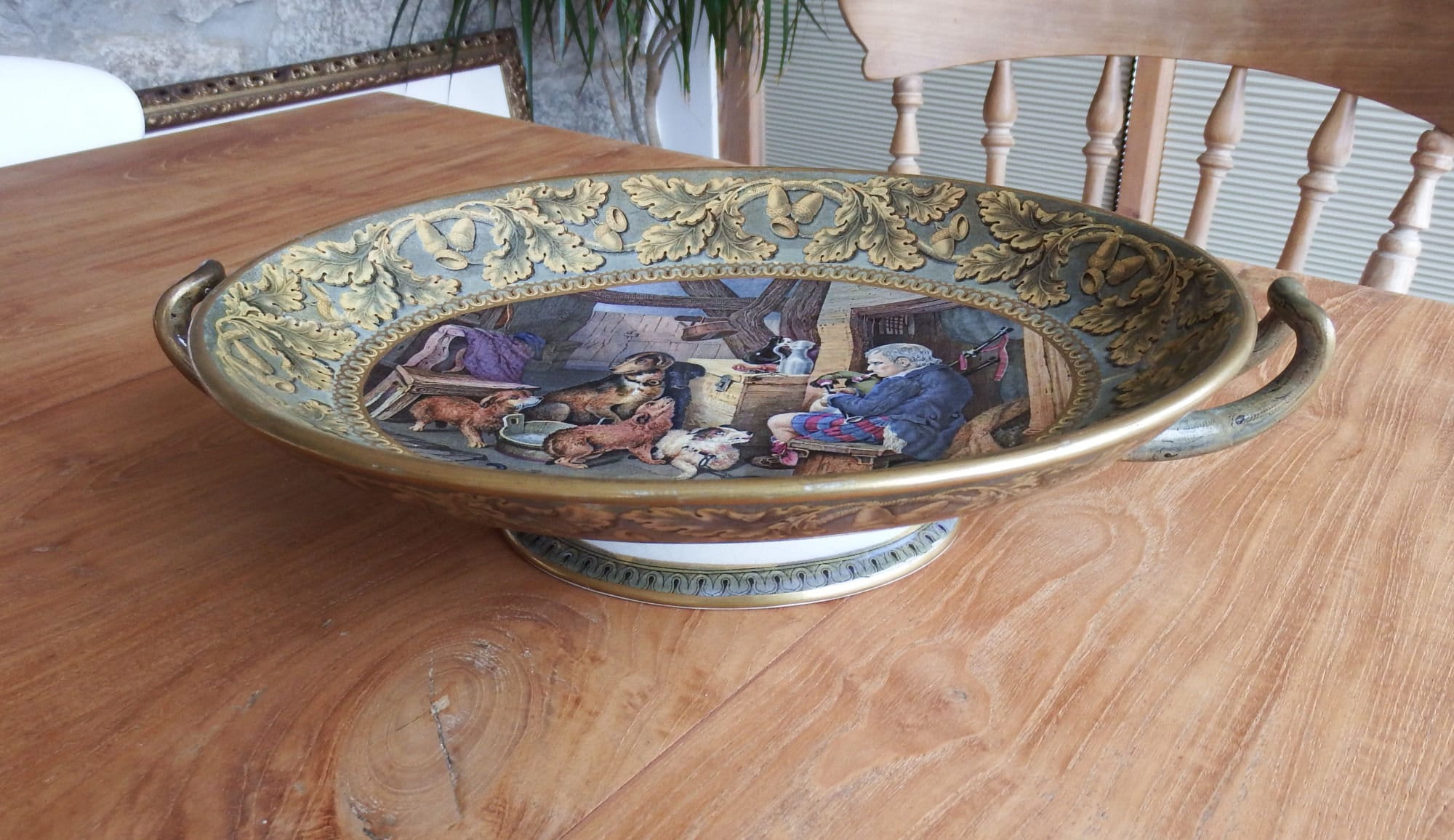 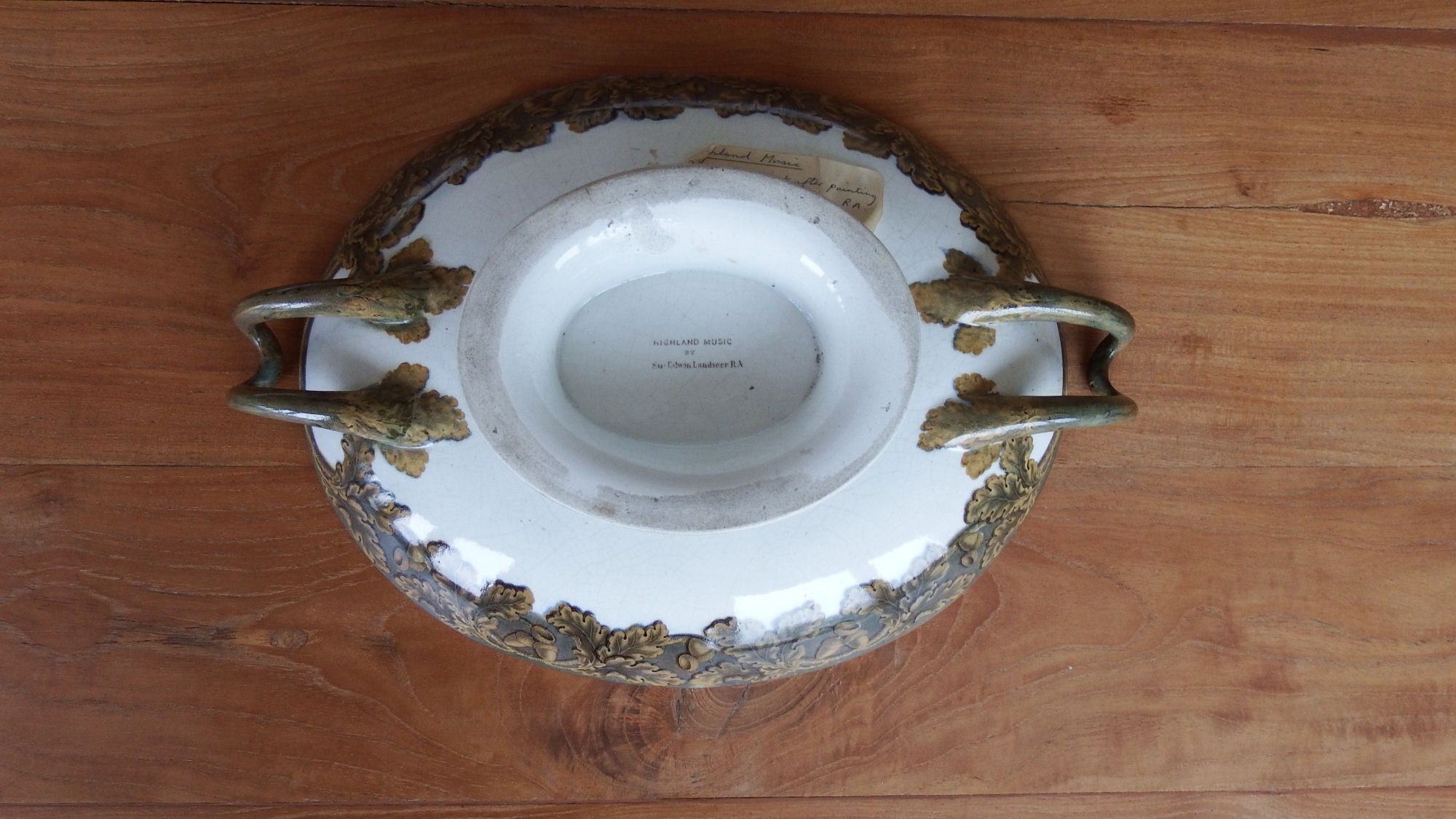 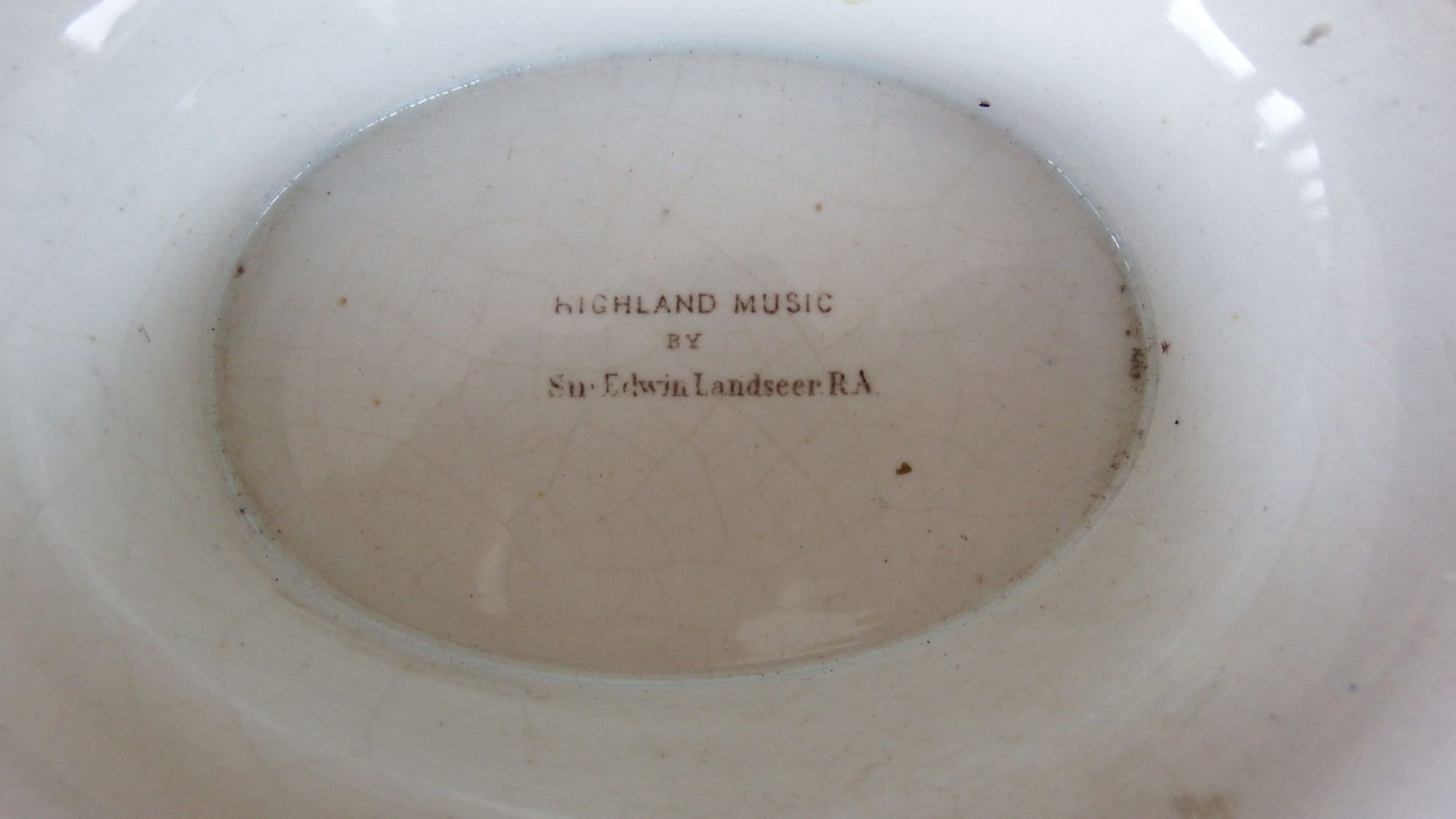 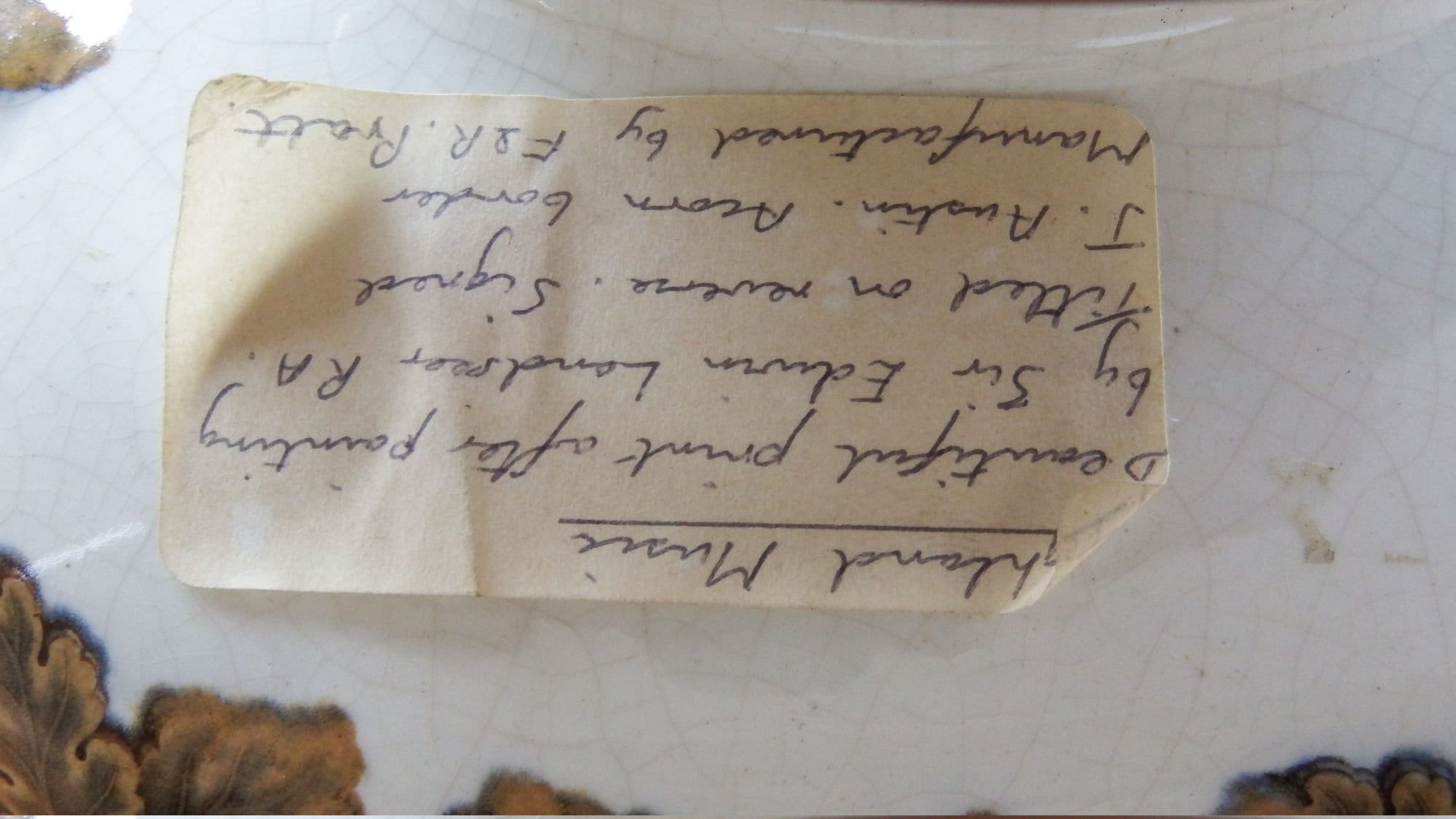 This is an extremely rare item in fine condition with no damage or restoration. The oval bowl features an acorn border with a fine print of Landseer's "Highland Music".

Bowl is 11 inches x 9 inches, and the handles make the overall width 13 inches. It stands at 3 inches high.

Collectors note affixed to the base - see images.