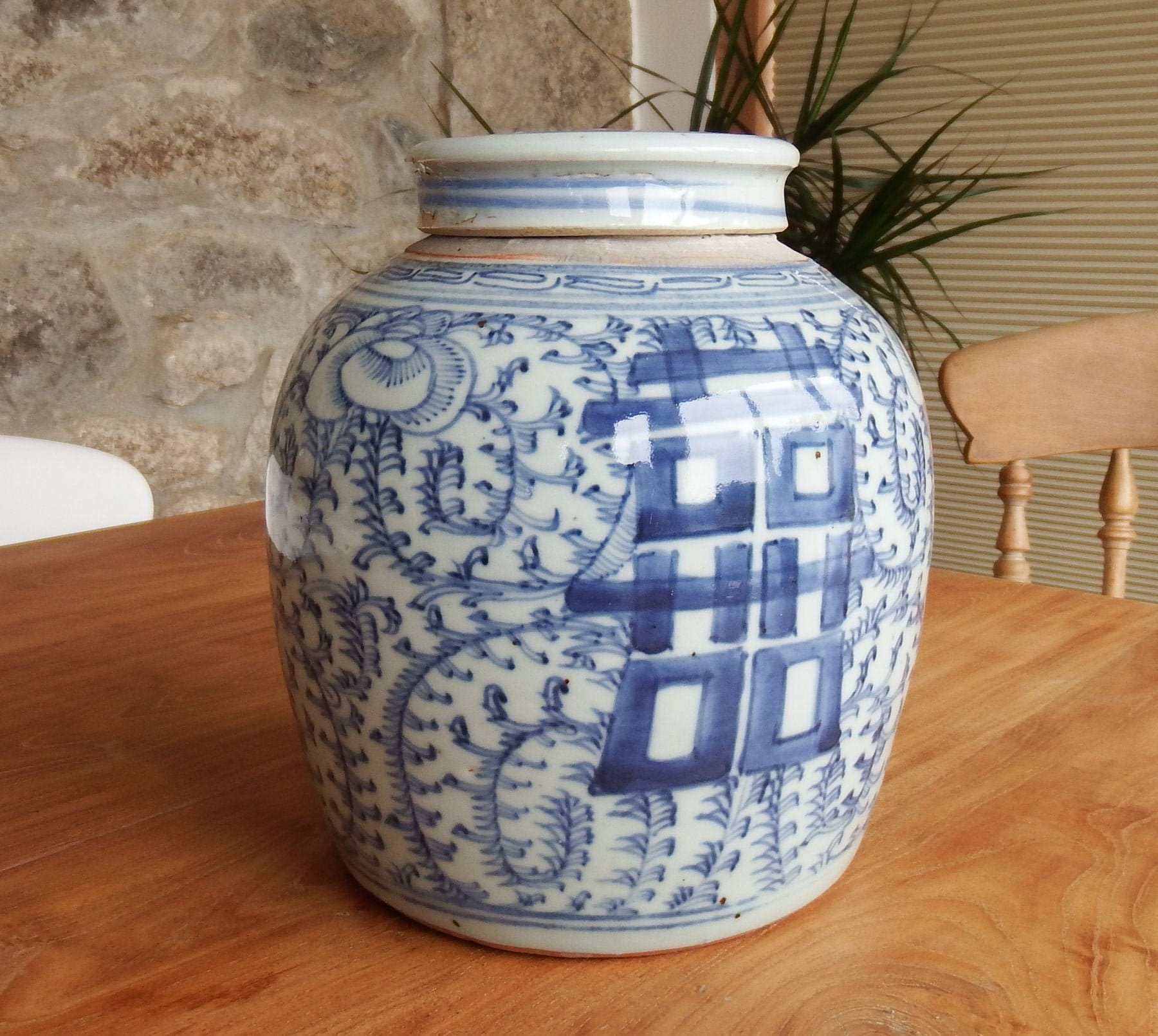 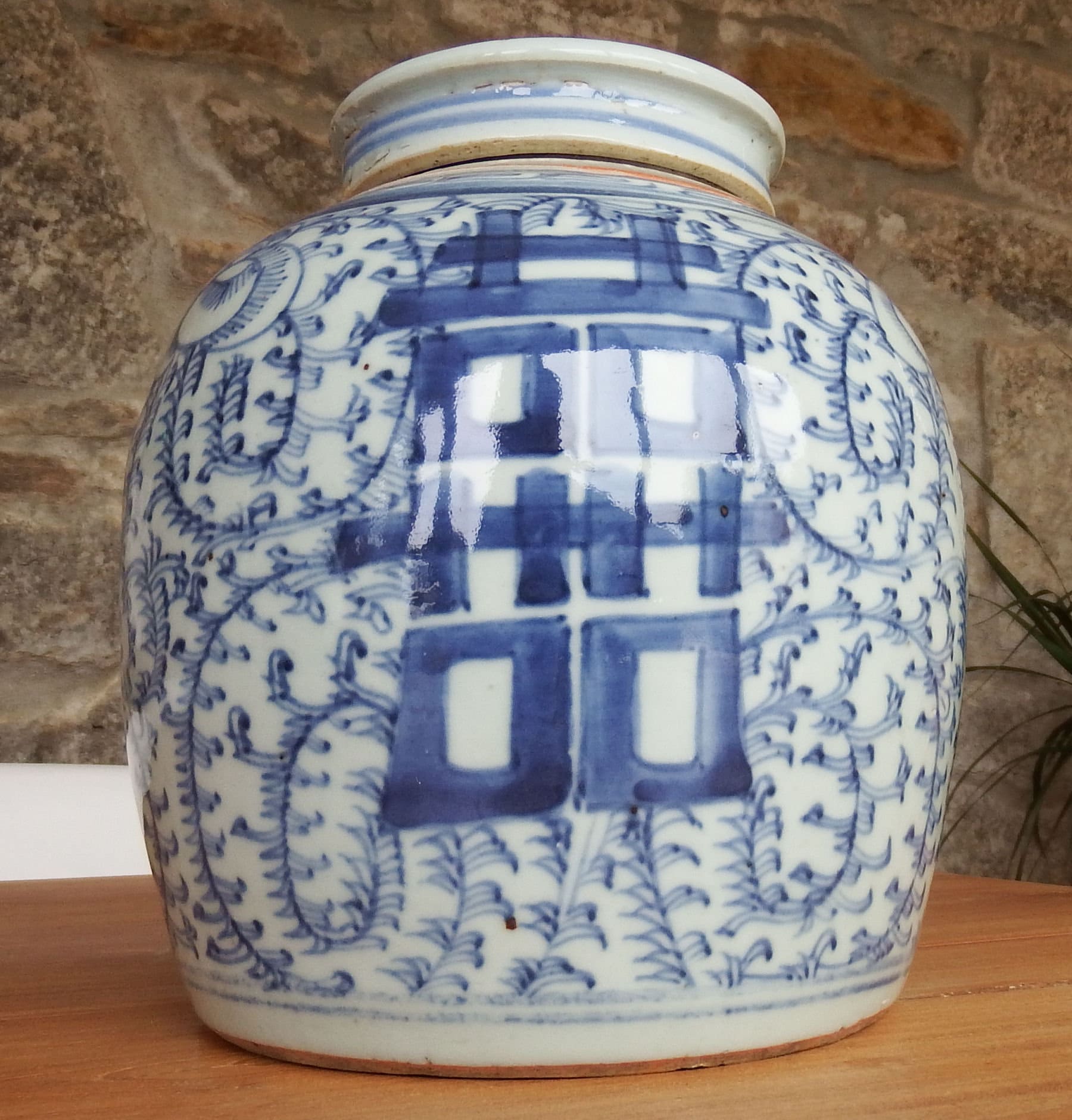 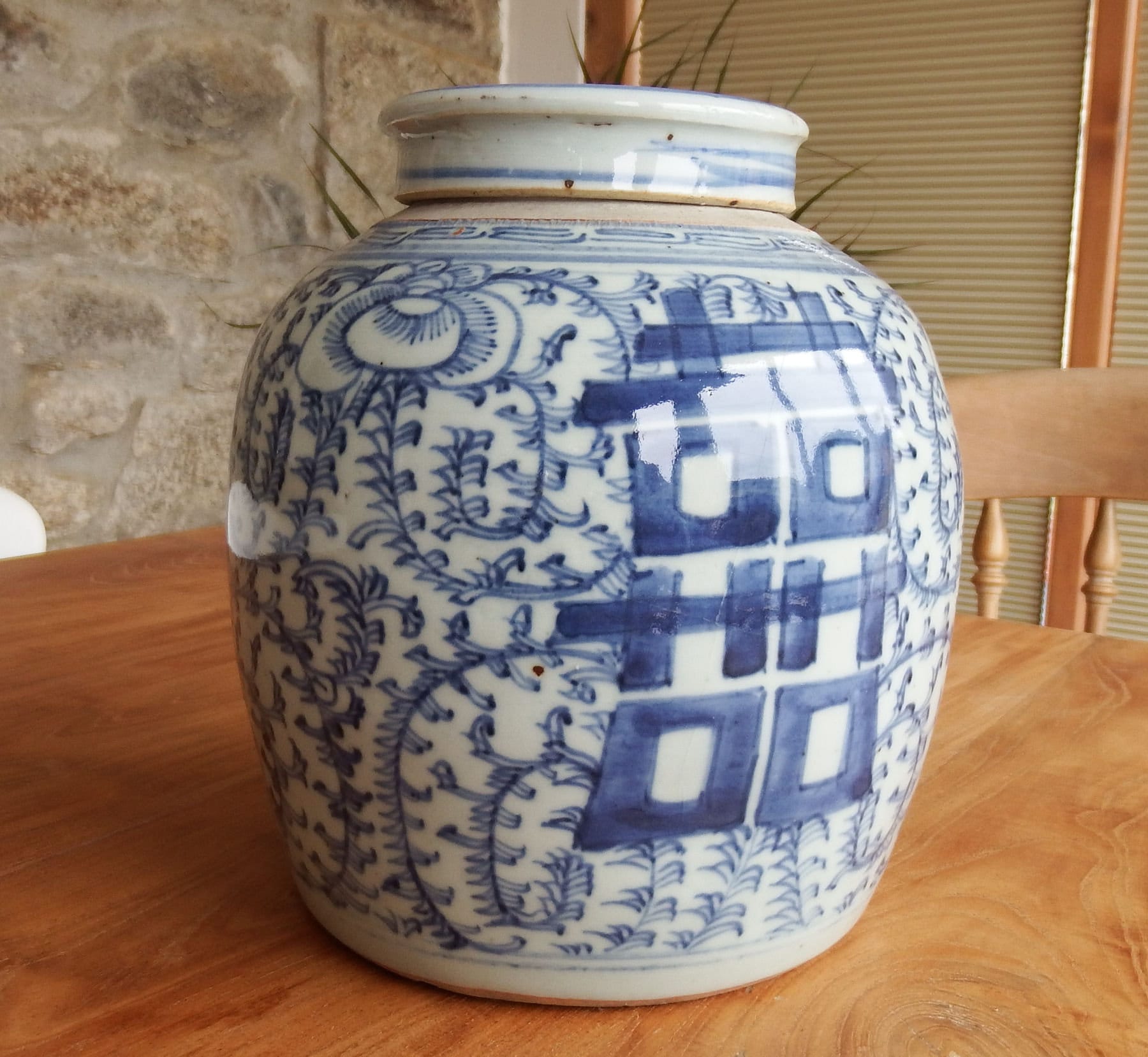 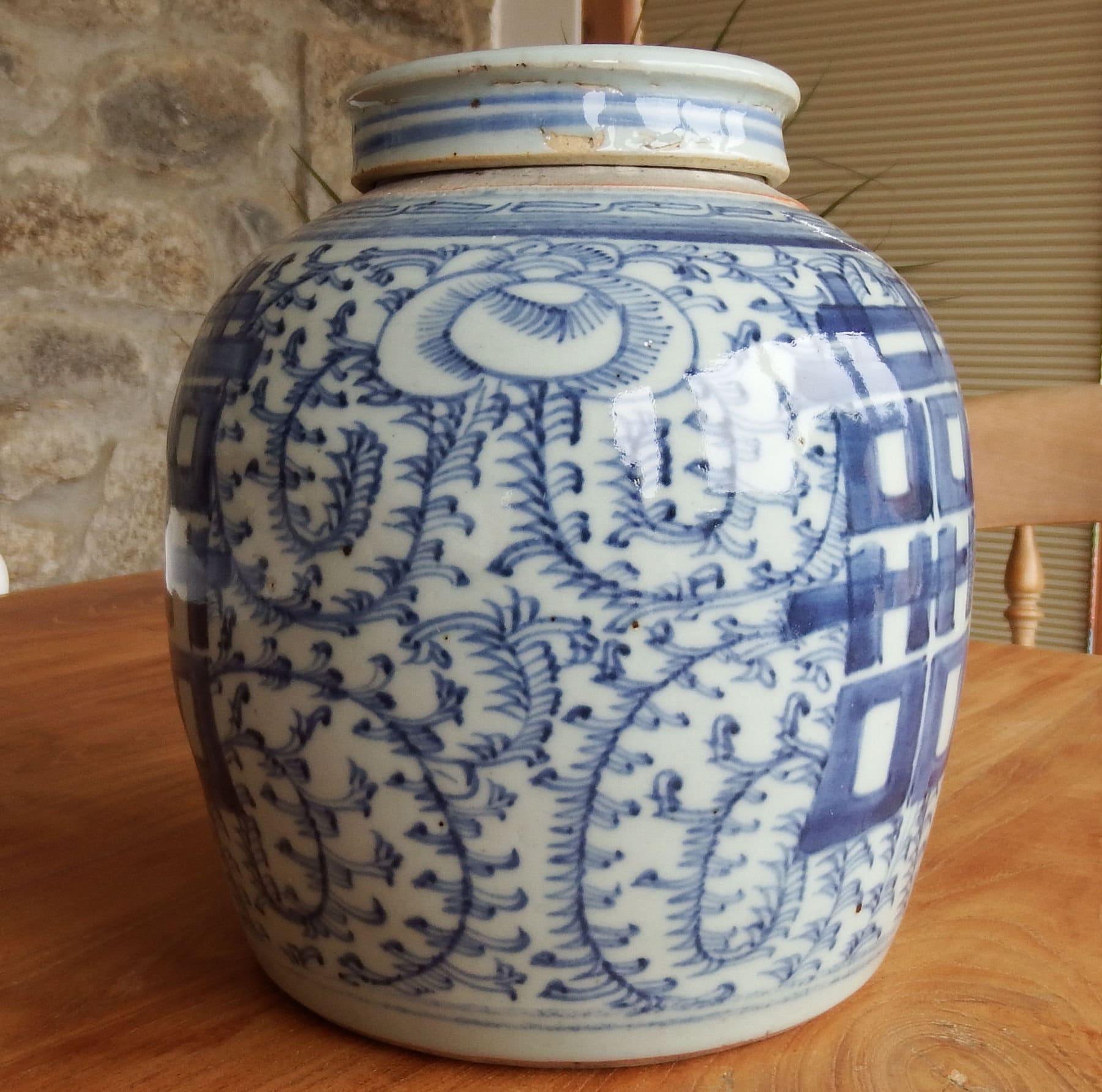 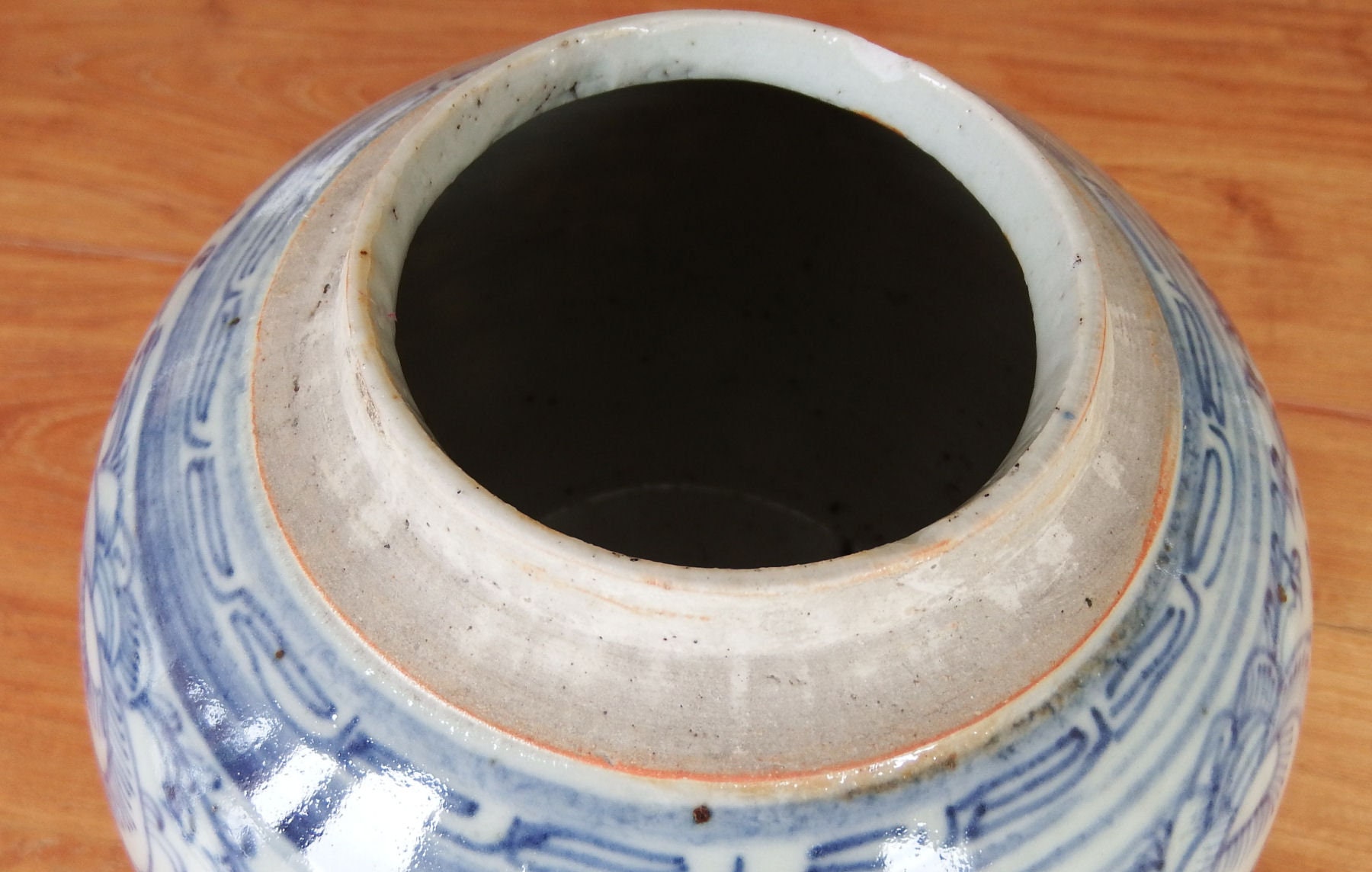 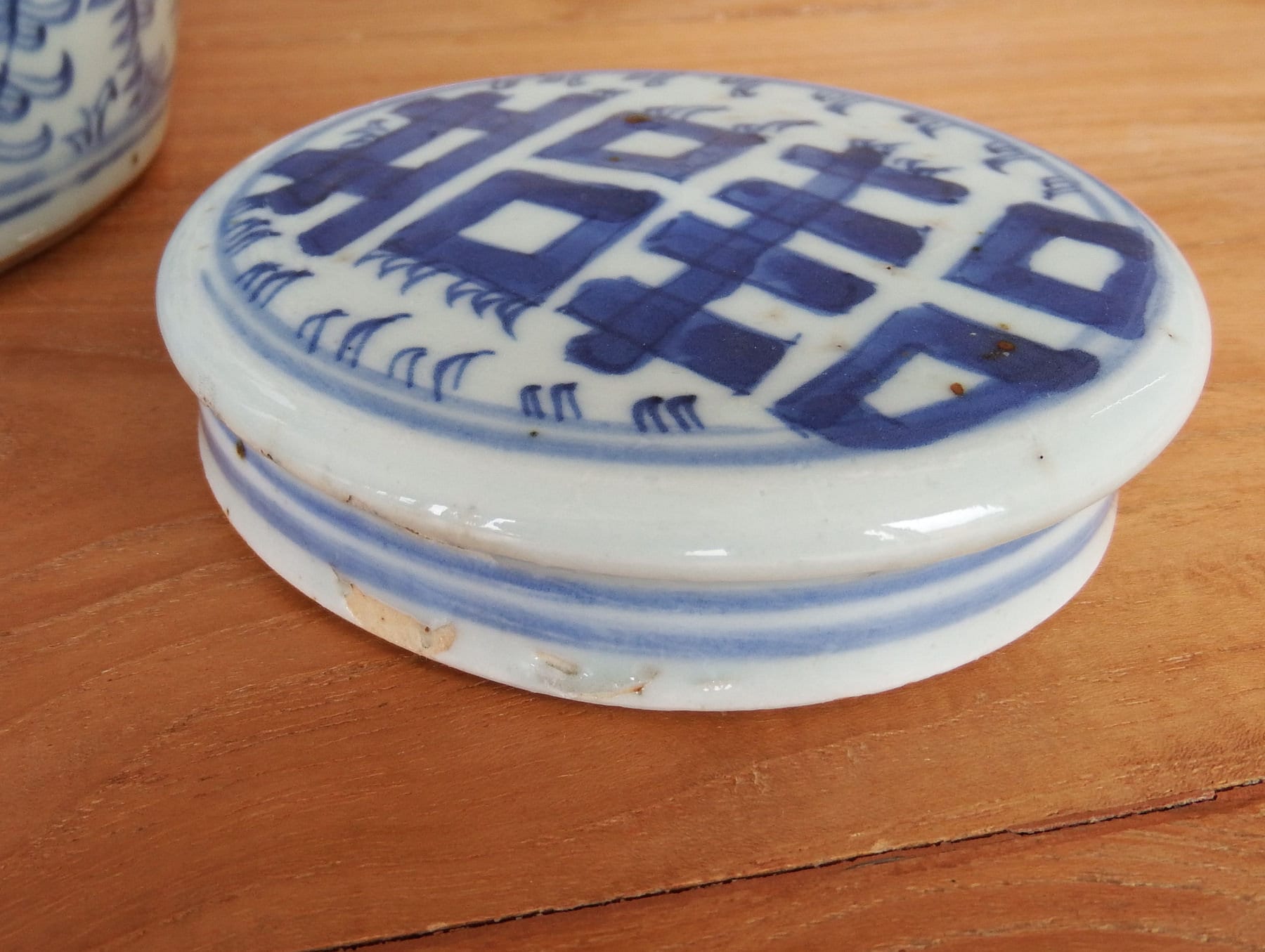 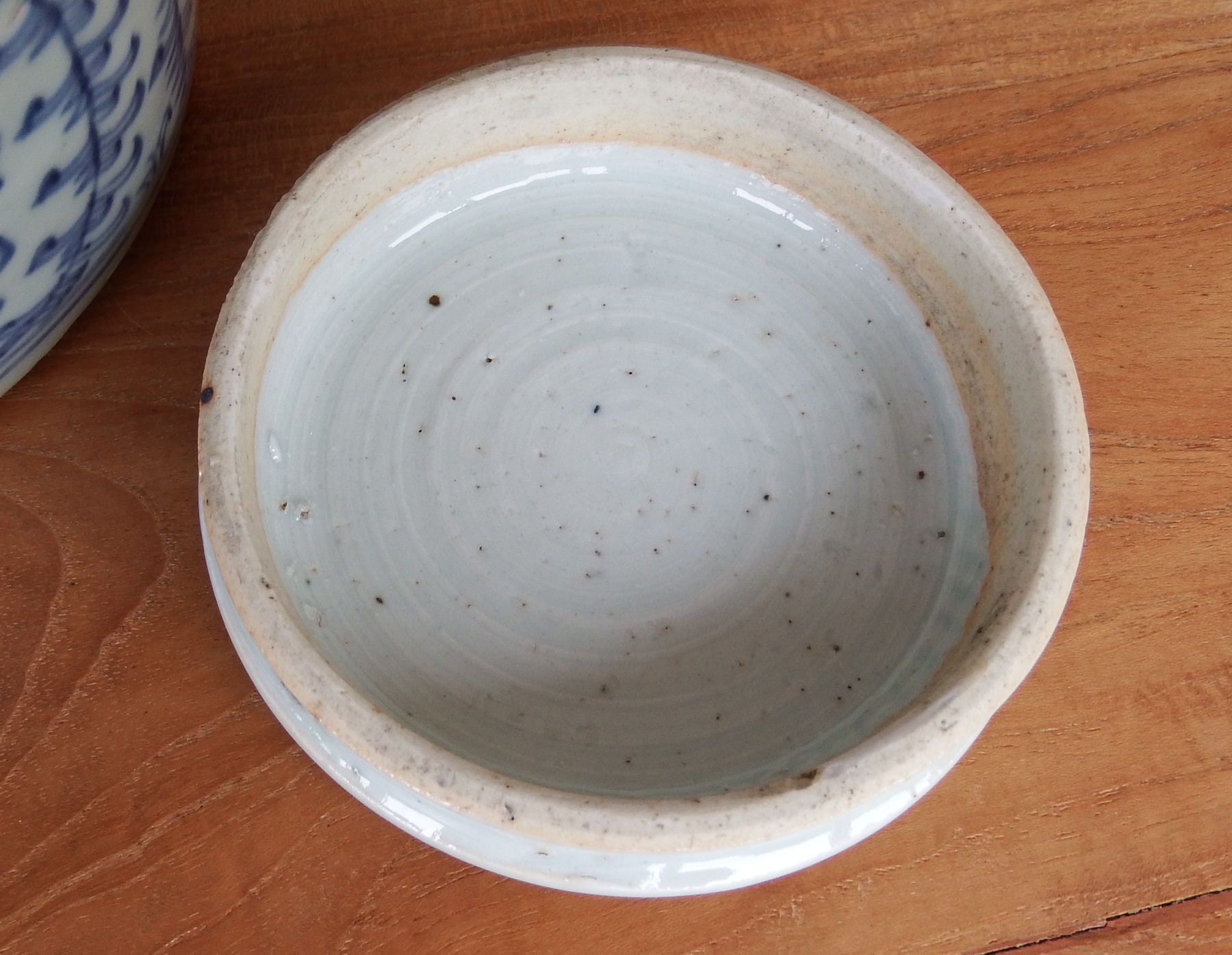 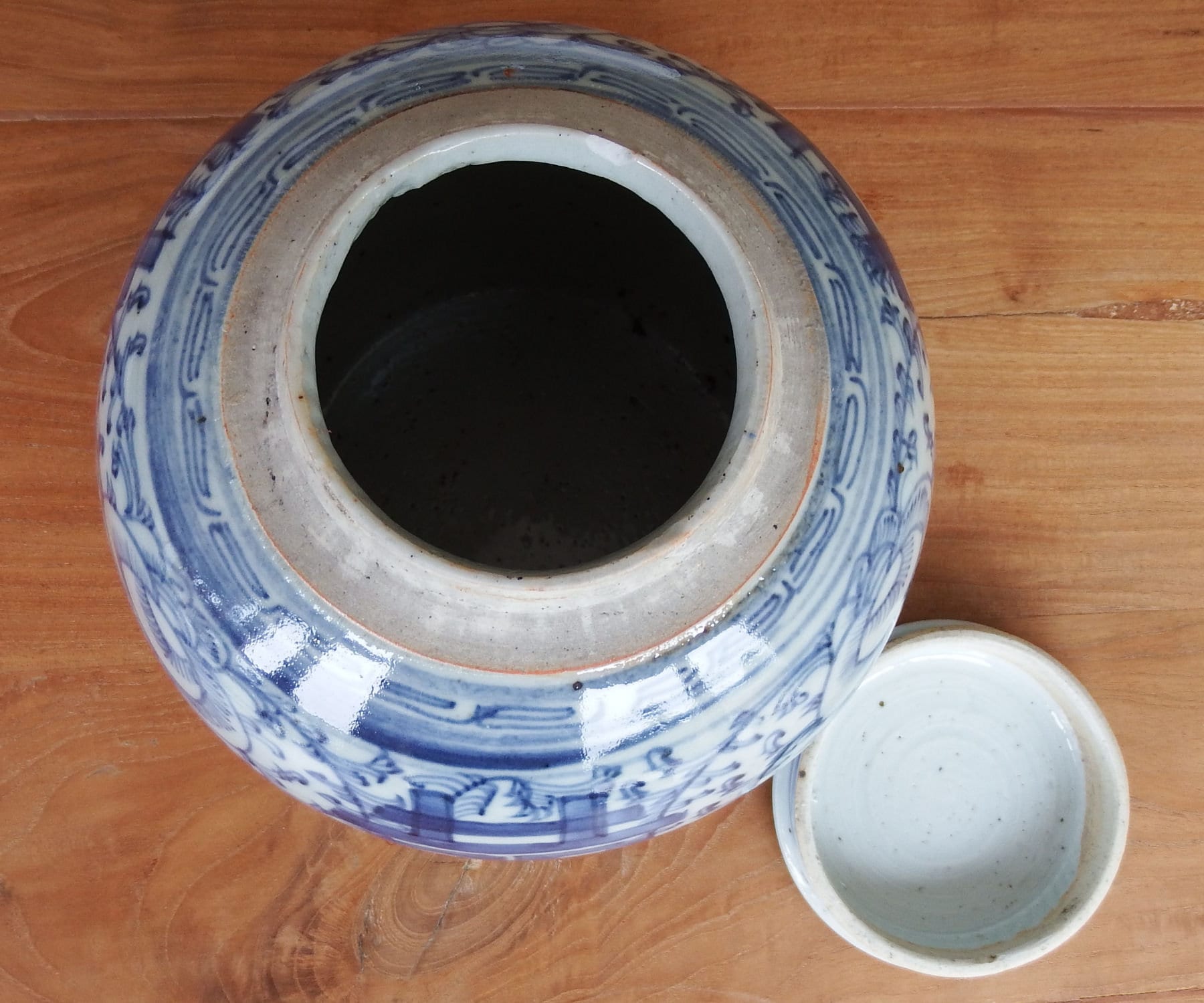 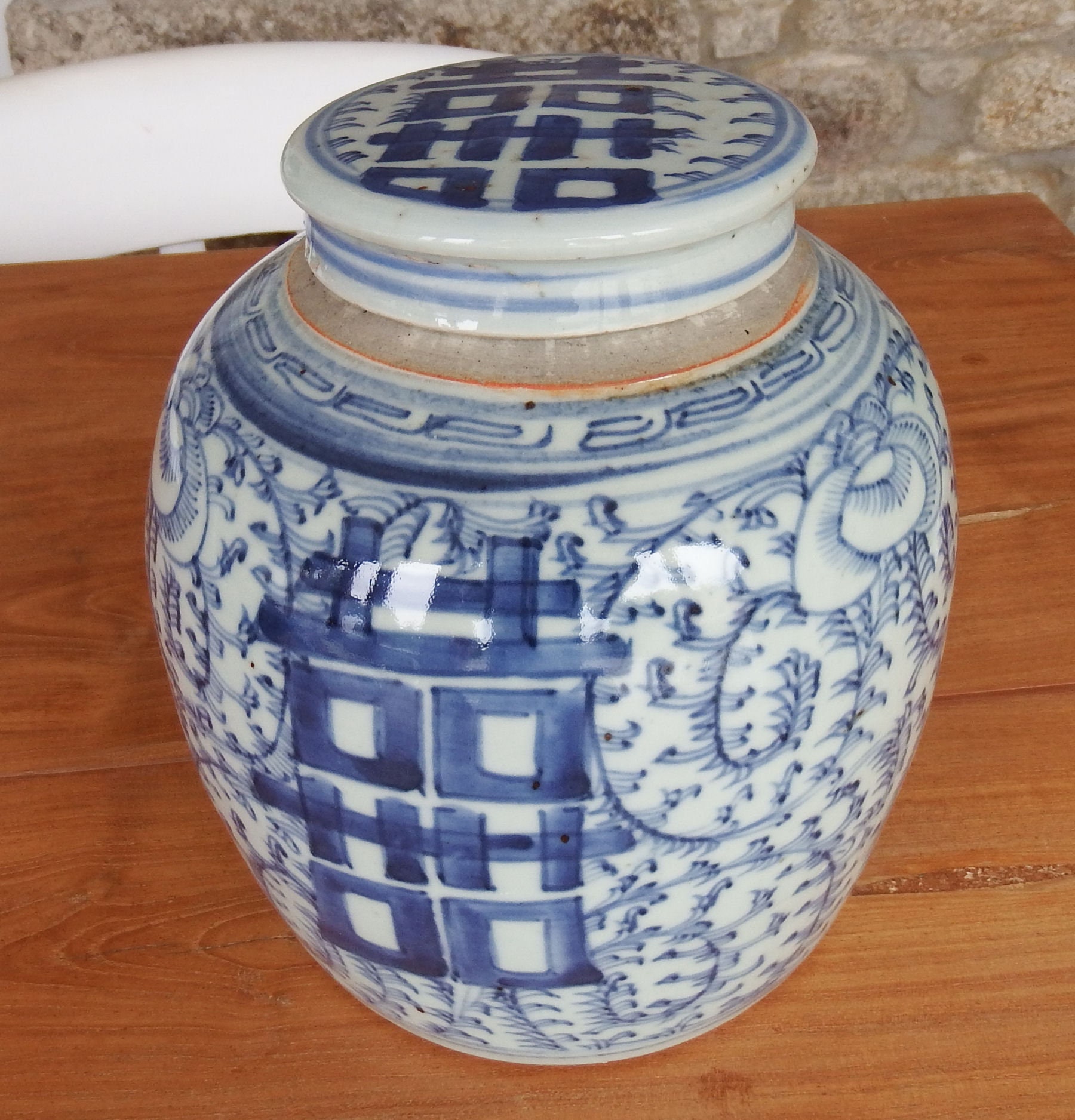 The decoration, in underglaze cobalt blue and white, is of sweet pea vines, symbolizing "forever" and "many children". The main decorative item is a "shuang (double) xi" (joy/bliss/happiness) character, which is the recognized symbol of "wedded bliss".

In fine condition exhibiting wear consistent with age and use. The only slight issue I can detect is a hairline firing or stress crack only visible with a magnifying glass, it runs from the rim to about halfway down and is extremely hard to see. That said, a jar of this vintage and quality, with the original lid is extremely rare.

The shuangxi symbol is until today typically found on any and all items used in relation to Chinese weddings. It appears in porcelain decorations from at least the early 19th century. It appears to have raised to great popularity around the time of the Tongzhi Emperors wedding that was scheduled to take place in the eleventh year of the Tongzhi period, or 1872. This wedding was an occasion of unique historical significance at the time, since this was the first Imperial wedding after the period of Kangxi over 200 years earlier. It is likely that the popularity of this symbol stems from this important and much celebrated event. The special wedding porcelain that was ordered for this Imperial wedding included at least one order of 7,294 porcelain pieces sent to Beijing in 120 barrels of which a large number of pieces had decorations that incorporated a double xi symbol. The shuangxi symbol was also used on innumerable other wedding implements such as textiles, lacquer objects and in all kinds of materials and purposes, including being emblazed on wall panels in the Imperial wedding chamber. On porcelain it is most commonly met with on round and lidded "Ginger Jars" where the shuangxi symbol, often occurs three times and is surrounded by sweet pea wines symbolizing "many children" and "forever".