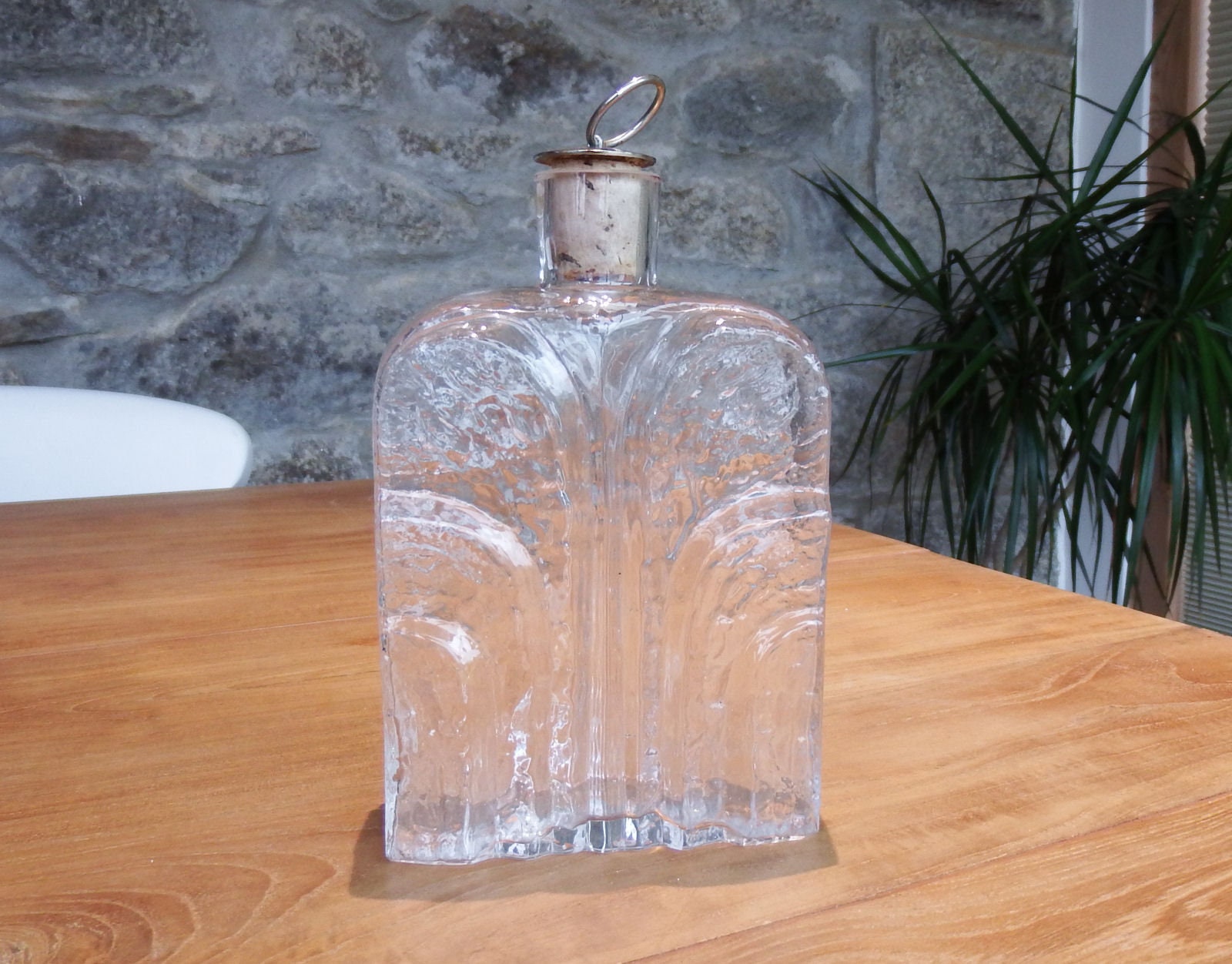 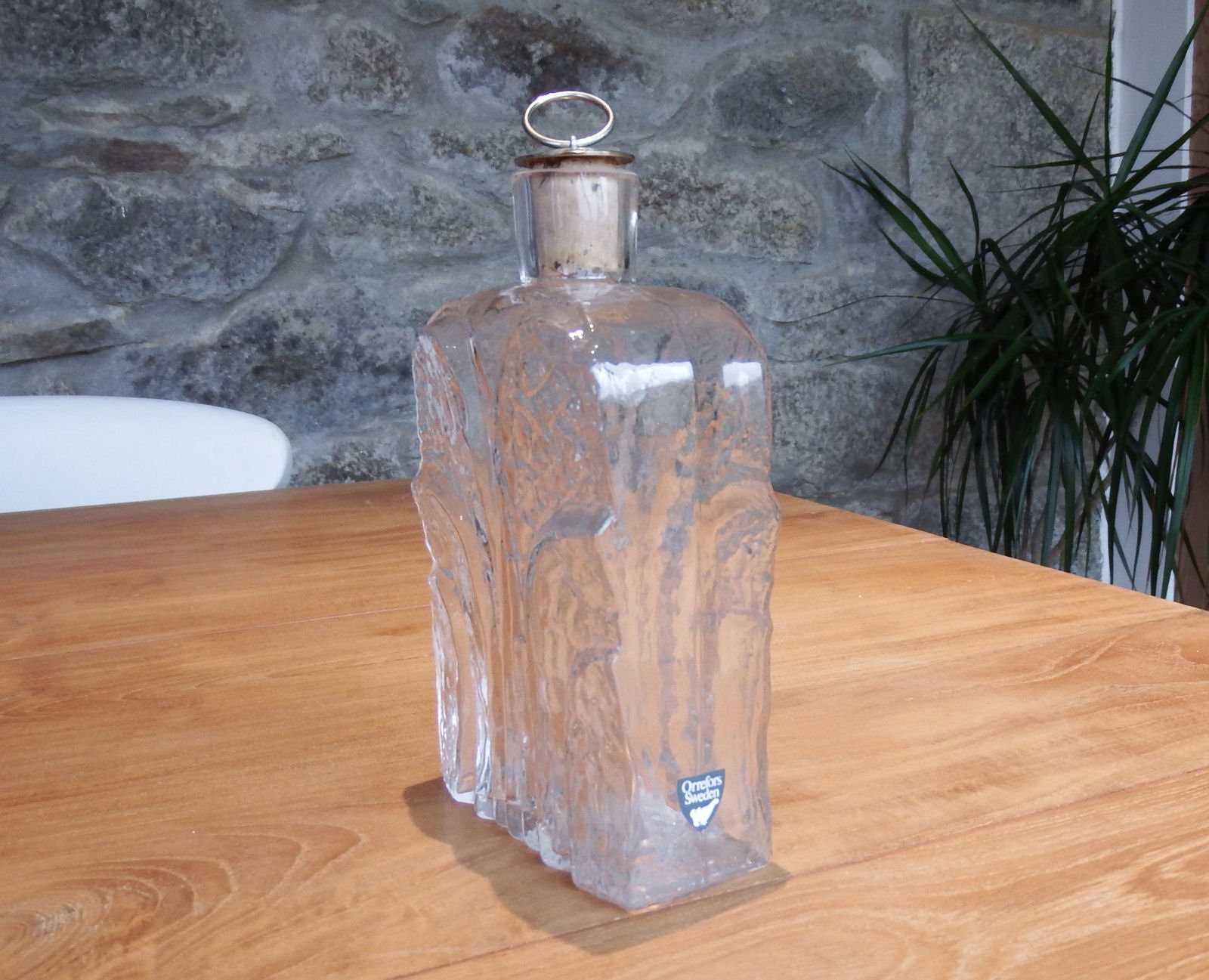 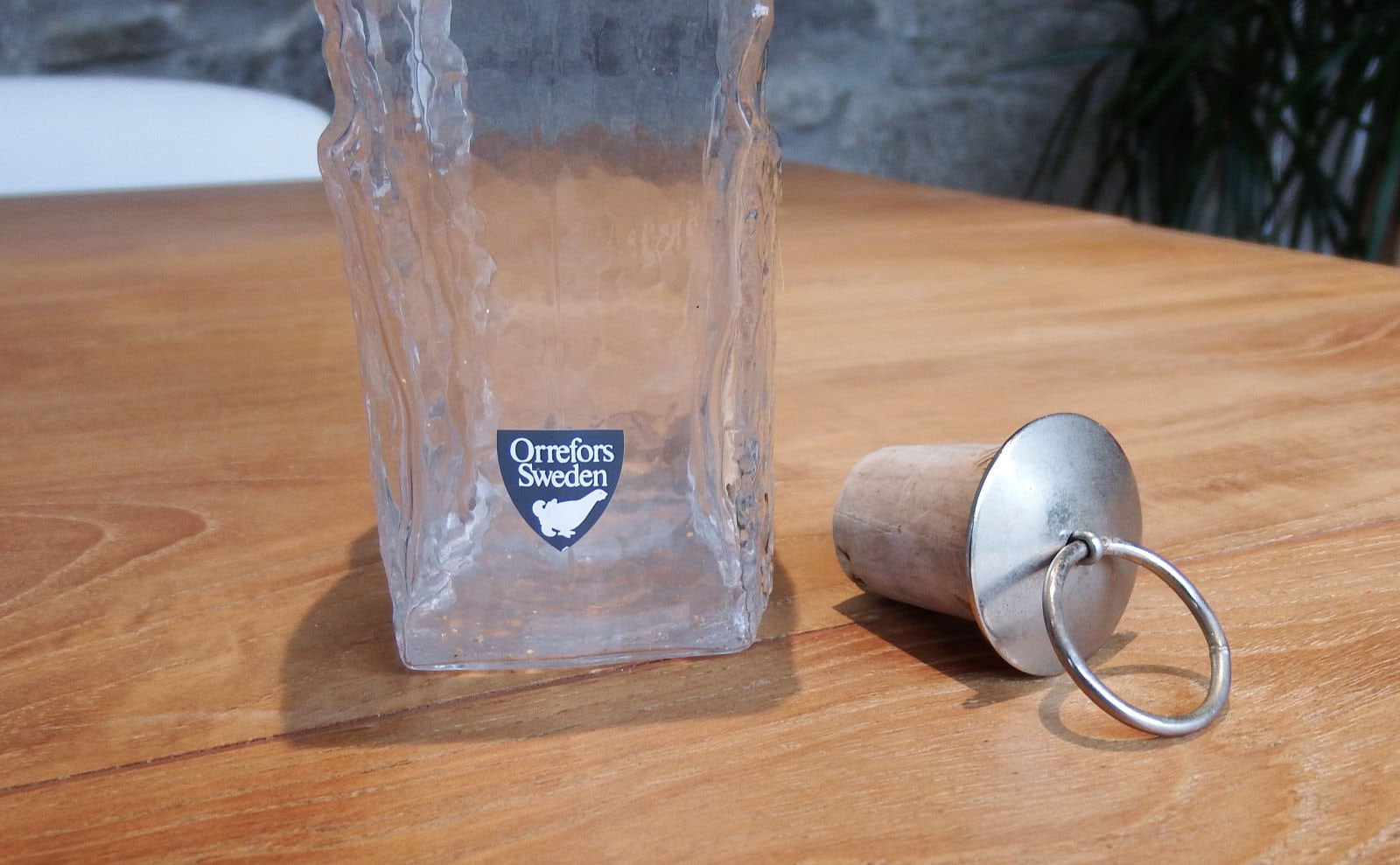 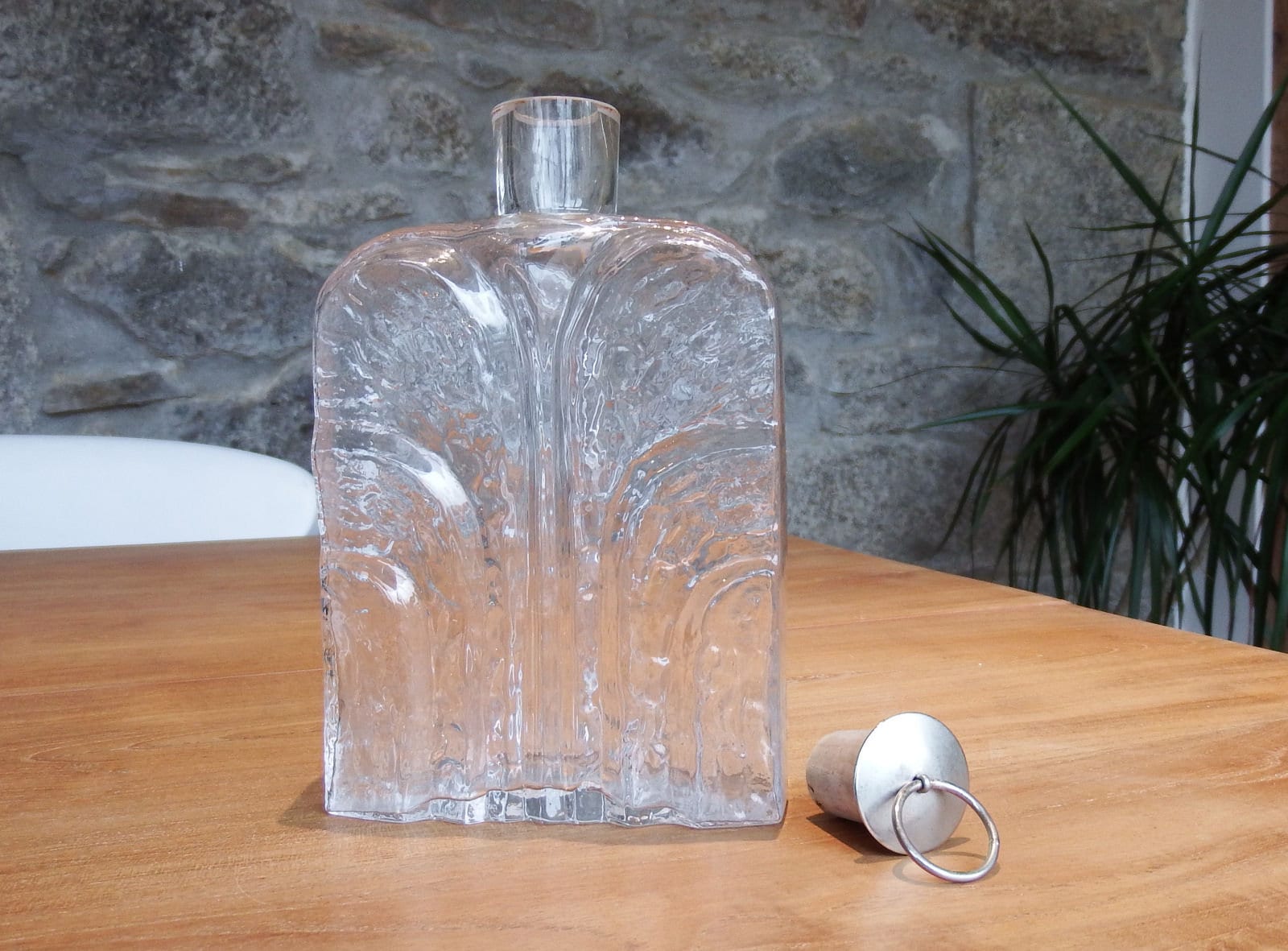 A lovely Orrefors decanter/bottle with a naturalistic design and silver mounted cork stopper.

Swedish glassworks Orrefors derives its name from the forested, Småland village where it was founded—a site of artisanal and industrial production since the 18th century. In the 20th century, the name Orrefors would go on to become synonymous with fine Swedish glass.

In 1897, merchant Johan August Samuelson purchased the village’s ironworks and sawmill complex and introduced glass production the following year—initially producing everyday medical and domestic glassware like bottles and jars. When industrialist Consul Johan Ekman became Orrefors’s new owner in 1913, he appointed Albert Ahlin to manage the glassworks facilities. Ahlin sparked a new era of Swedish glass production when he acquired the Sandvik glassworks under the Orrefors umbrella and brought in skilled artisans and designers to develop new collections.

In 1914, Orrefors began manufacturing crystal. Shortly after, glass masters Simon Gate and Edward Hald came on board to design new patterns and forms, with a focus on etching and overlay techniques. The two also began to experiment with the innovative Graal (grail) technique, which was developed at Orrefors by master glassblower Knut Bergqvist. By 1917, Gate and Hald introduced engraved, figurative patterns.

Orrefors’s reputation for excellence spread internationally in the mid-1920s; first as a result of the Orrefors presentation at the Gothenburg Exhibition in 1923, and then through participation in the landmark Exposition Internationale des Arts Décoratifs in Paris in 1925, where Orrefors and the artists themselves were awarded the Grand Prix. The company grew and expanded its product lines.

In 1928, designer-artist Vicke Lindstrand joined Orrefors and introduced a more sculptural, more modernist aesthetic. Following the success Orrefors and Lindstrand found at the 1930 Stockholm Exhibition, the company would become increasingly associated with simple and subtle forms through the postwar era. In 1946, Orrefors hired architect-designer Carl Fagerlund to expand its crystal lighting offering.

Today the company operates as Orrefors Kosta Boda AB and is the largest glassworks group in Scandinavia. It develops, produces, and distributes a wide range of utility and art glass for private and public use. Since 2005, Orrefors Kosta Boda AB has been part of New Wave Group, which works with several brands in the consumer and corporate market in the areas of sport, leisure, furnishings, and gifts.

The Orrefors glassworks facilities in Orrefors closed in 2013. The Orrefors Museum is still there, open during the summer.
Shipping Costs Policies