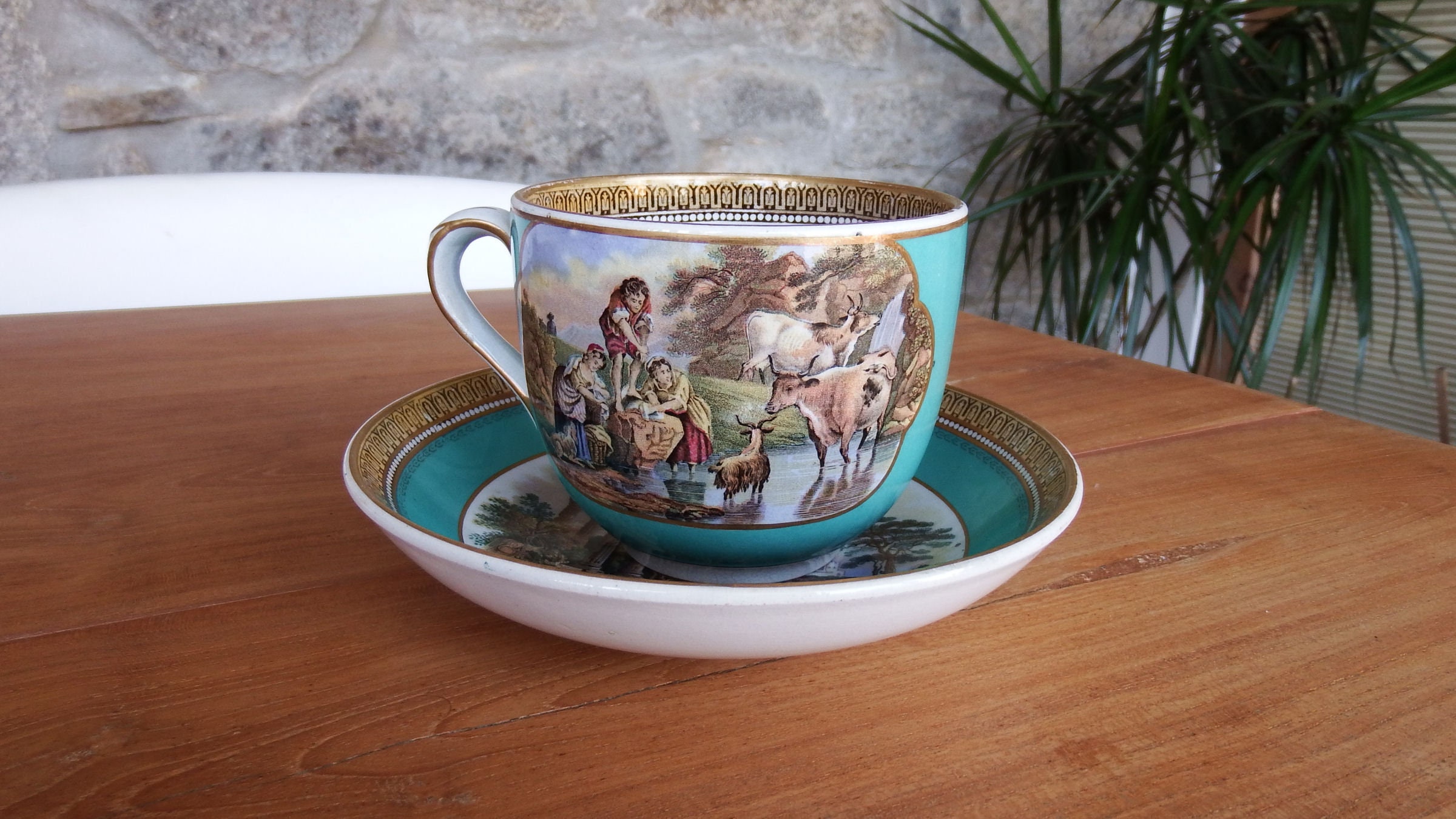 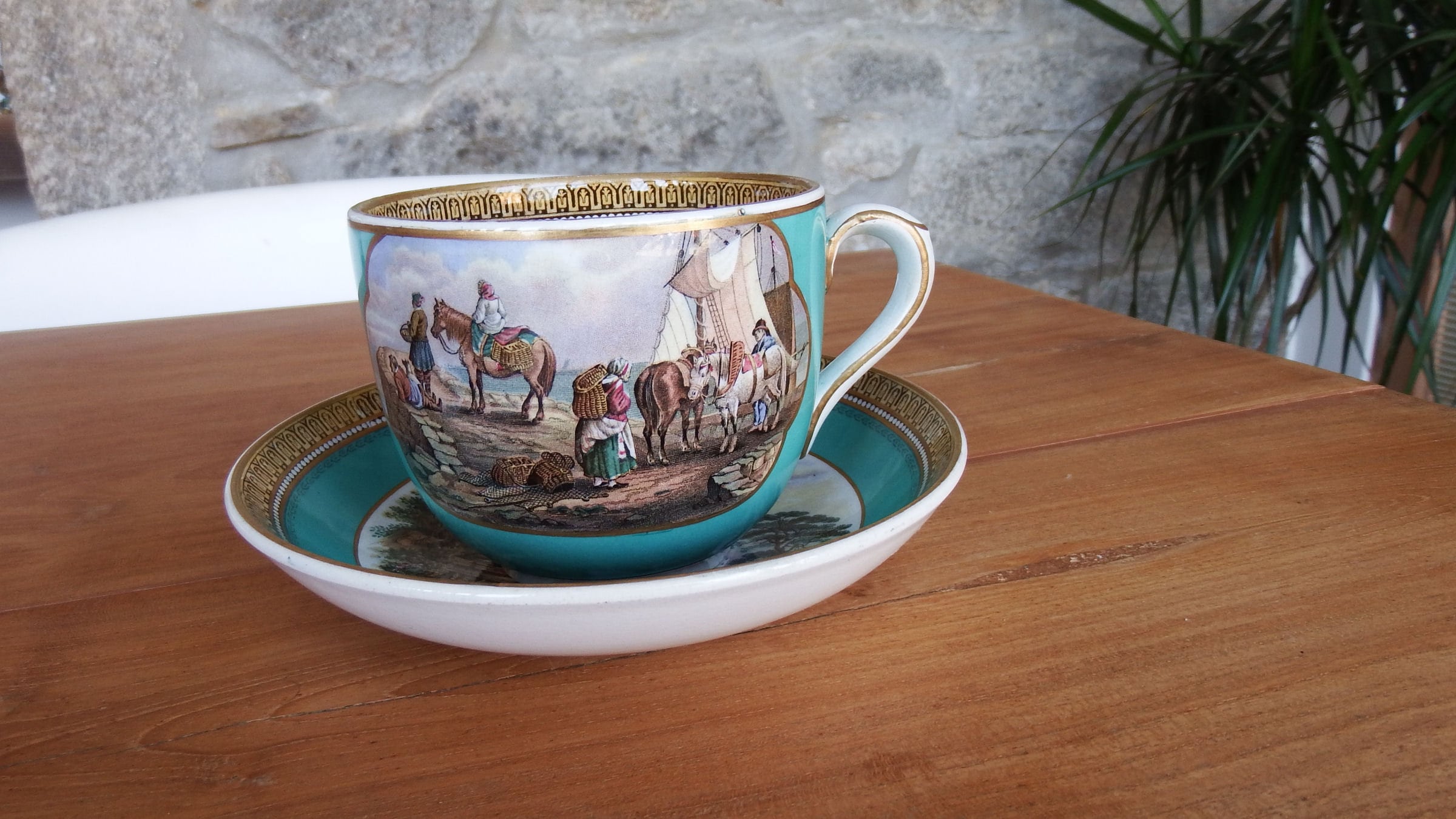 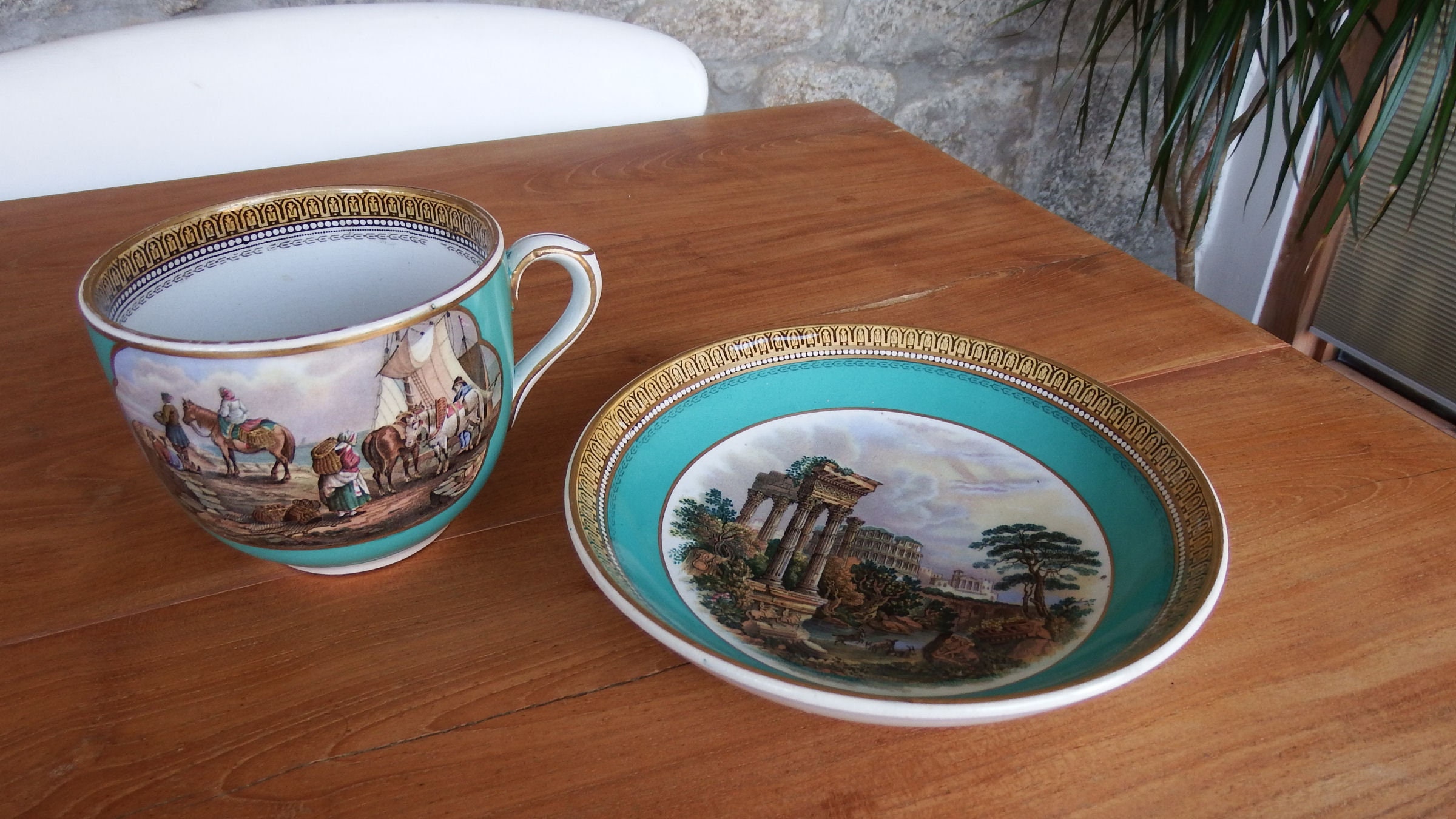 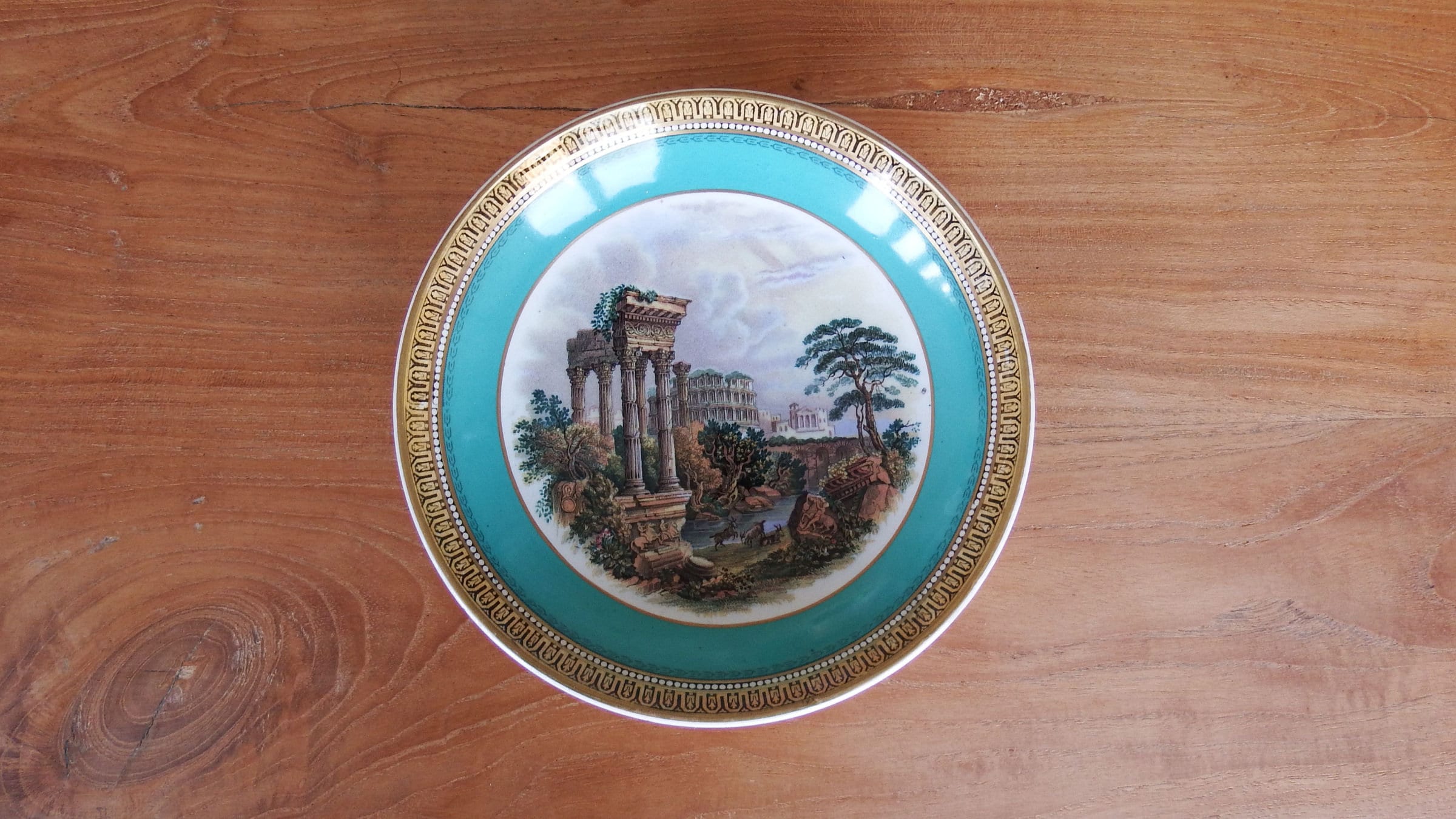 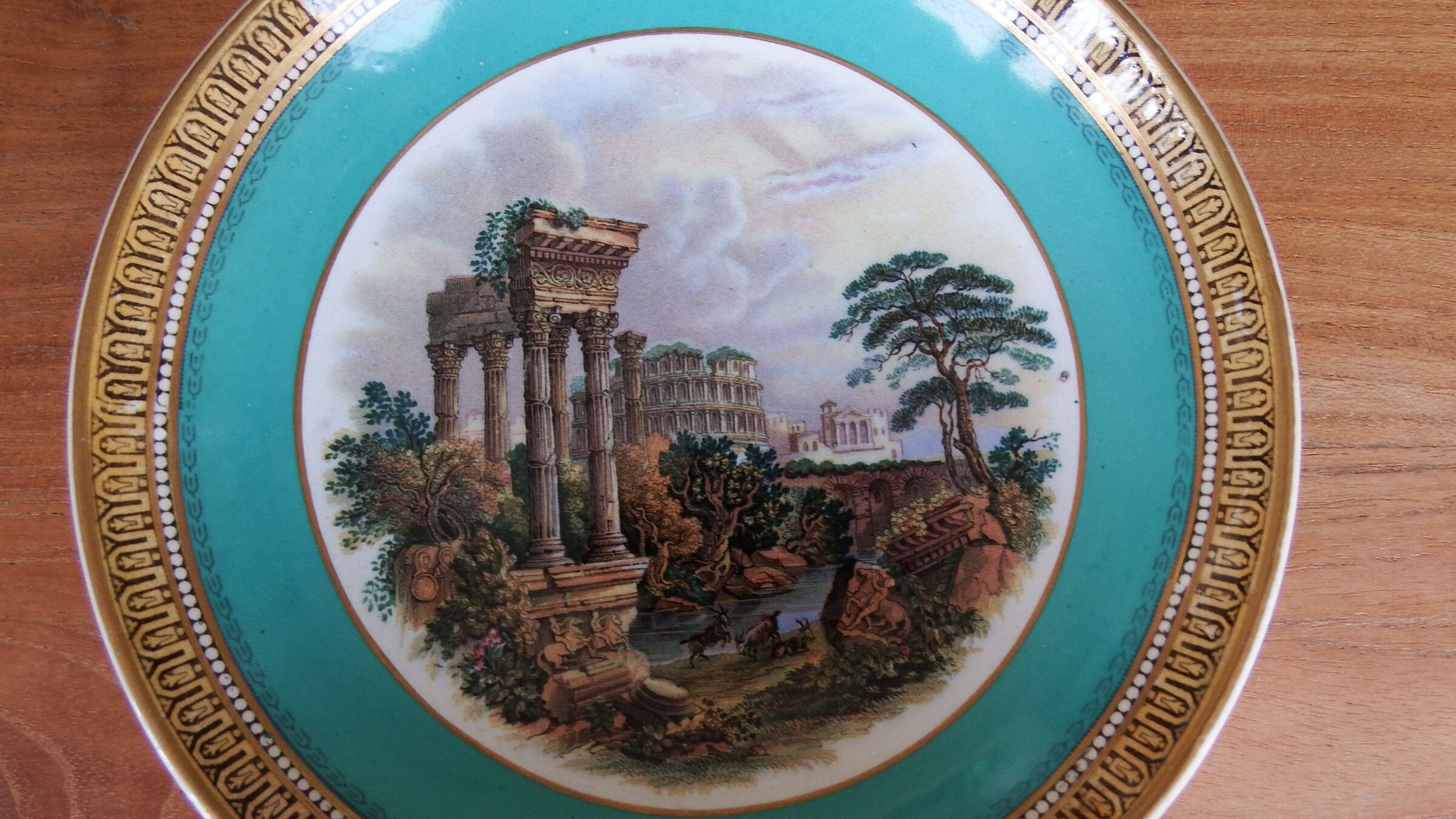 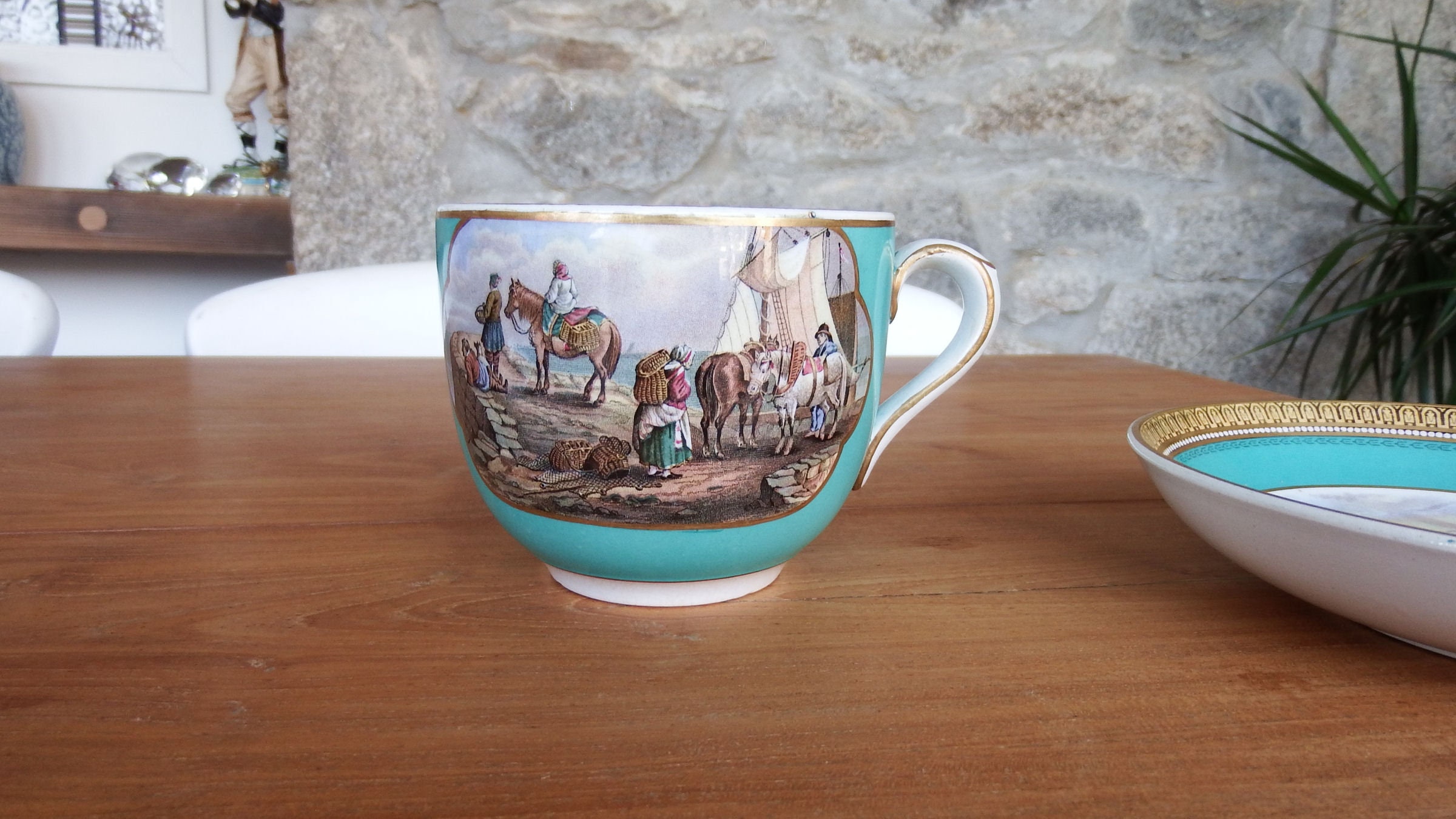 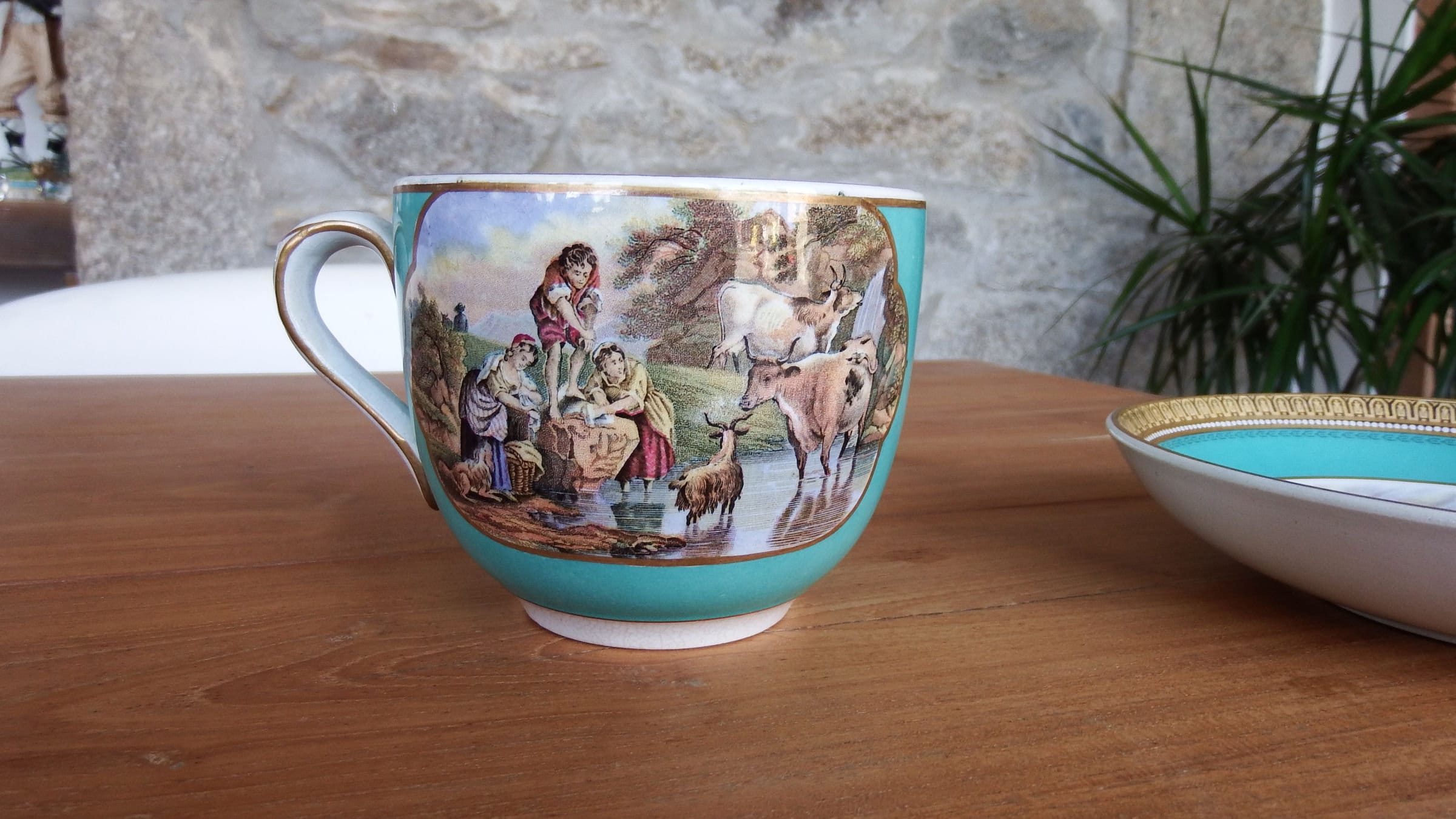 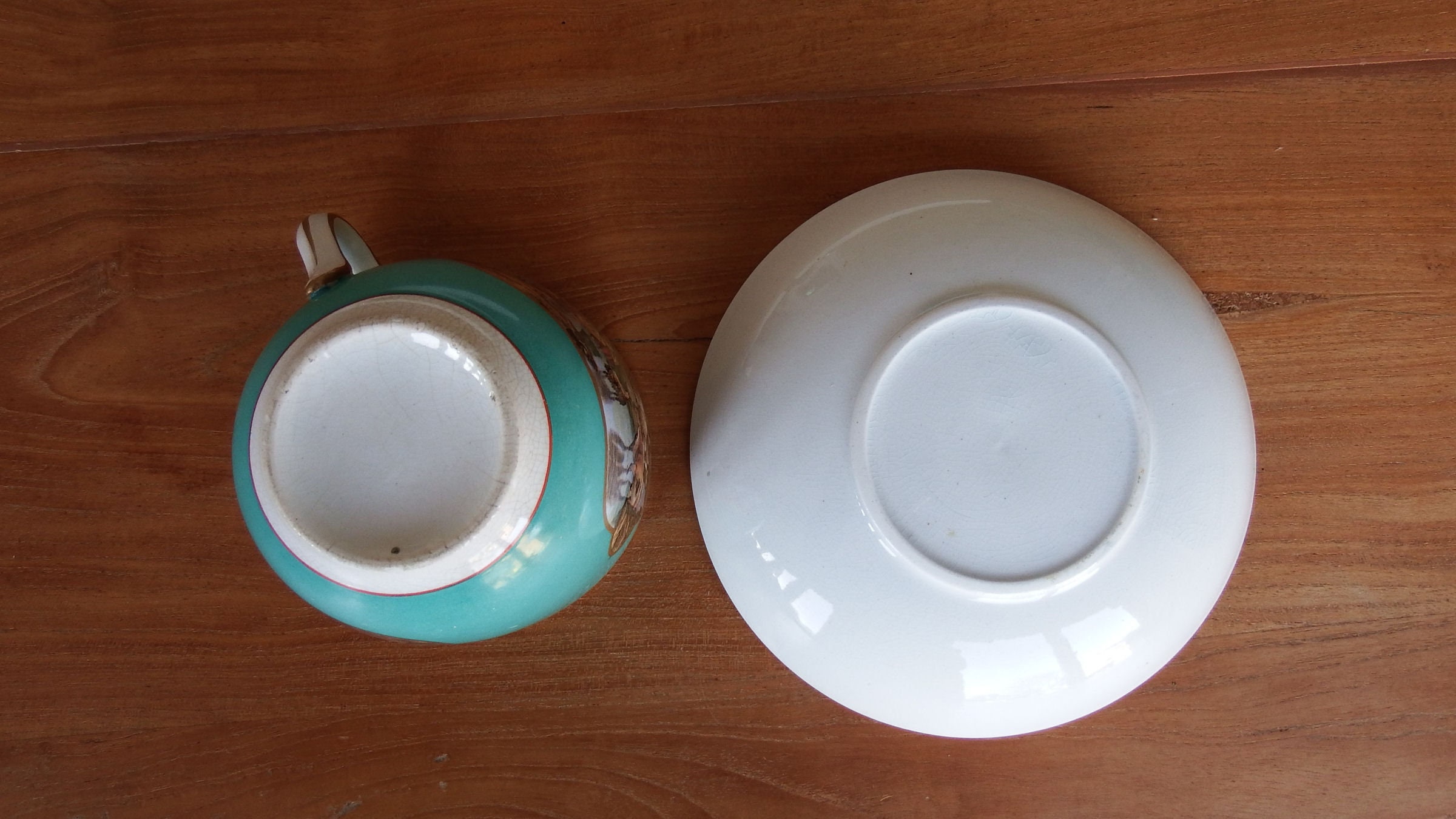 The cup features two scenes, the first a fishing scene of the catch being unloaded, the second women washing in a stream with cattle watering.

The name Pratt is associated with much confusion. Prattware historically is the name associated with relief decorated, underglaze painted creamware and pearlwaremade from about 1780 to 1840. This light density earthenware was the standard body of the period. The name relates to a family of potters working in Lane Delph in The Potteries in the late eighteenth century and at Fenton after 1807. The generic link to the type has been made because of the existence of two early jugs, both marked PRATT, but it was made by many other potters in Staffordshire, Yorkshire, Liverpool, Tyneside, Wearside, Devon and on the east and west coasts of Scotland. Today these fine relief-moulded earthenwares are quite rare and can really only be found through specialist dealers or at ceramics fairs.
Shipping Costs Policies